Tour of Barcelona with a lot of Gaudi

Back up in the morning to go to the same tour office for a full-day tour of Barcelona. Veronica was our tour guide. She was from Chile and learned English from watching Friends and other US sitcoms. First stop - Montjuic. Pretty views of the city. 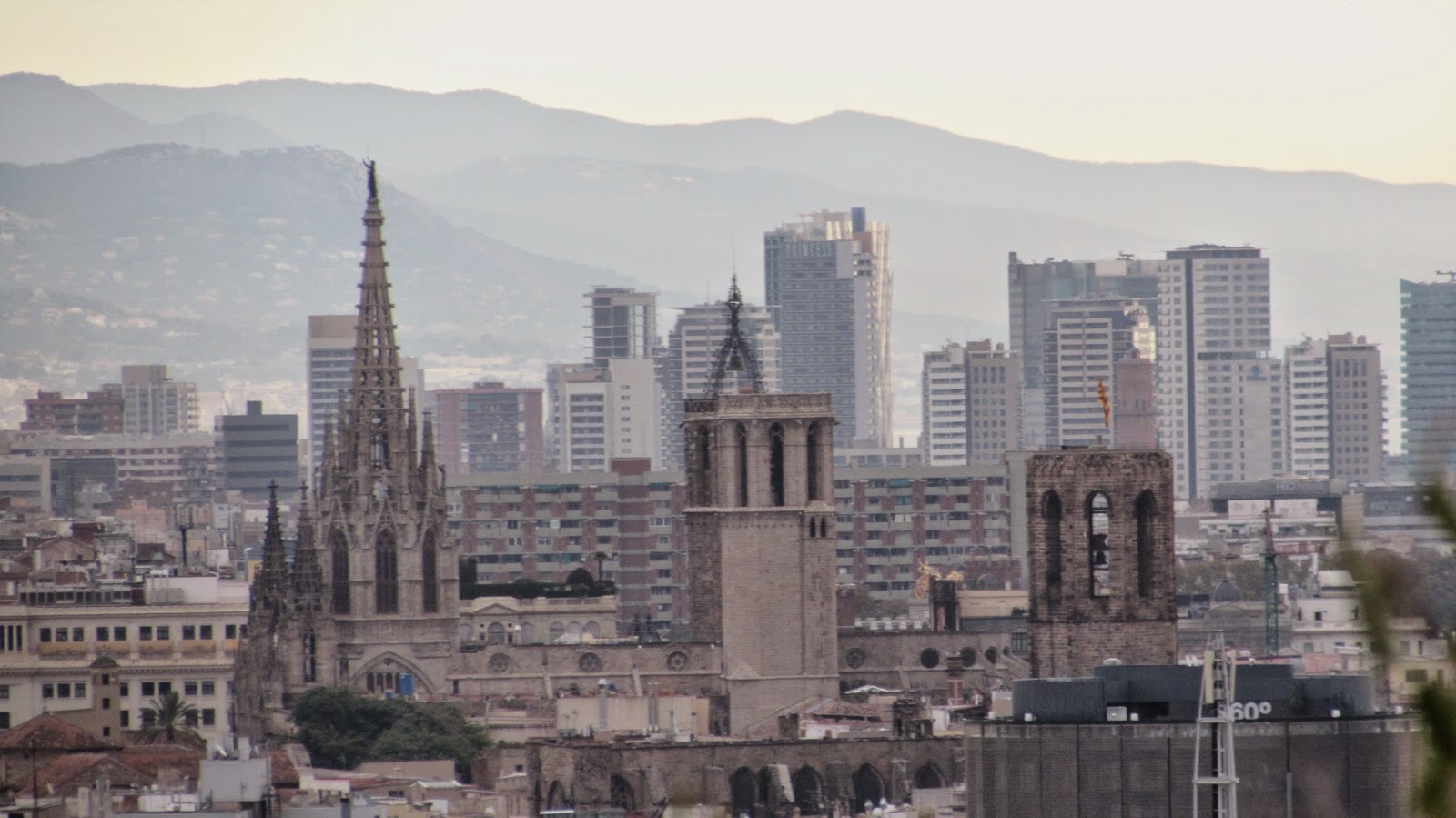 Second stop - Sagrada Familia. Amazing, but I quickly learned that Gaudi is not my cup of tea. The elements I liked the best were the stained-glass windows which were designed by someone other than Gaudi. 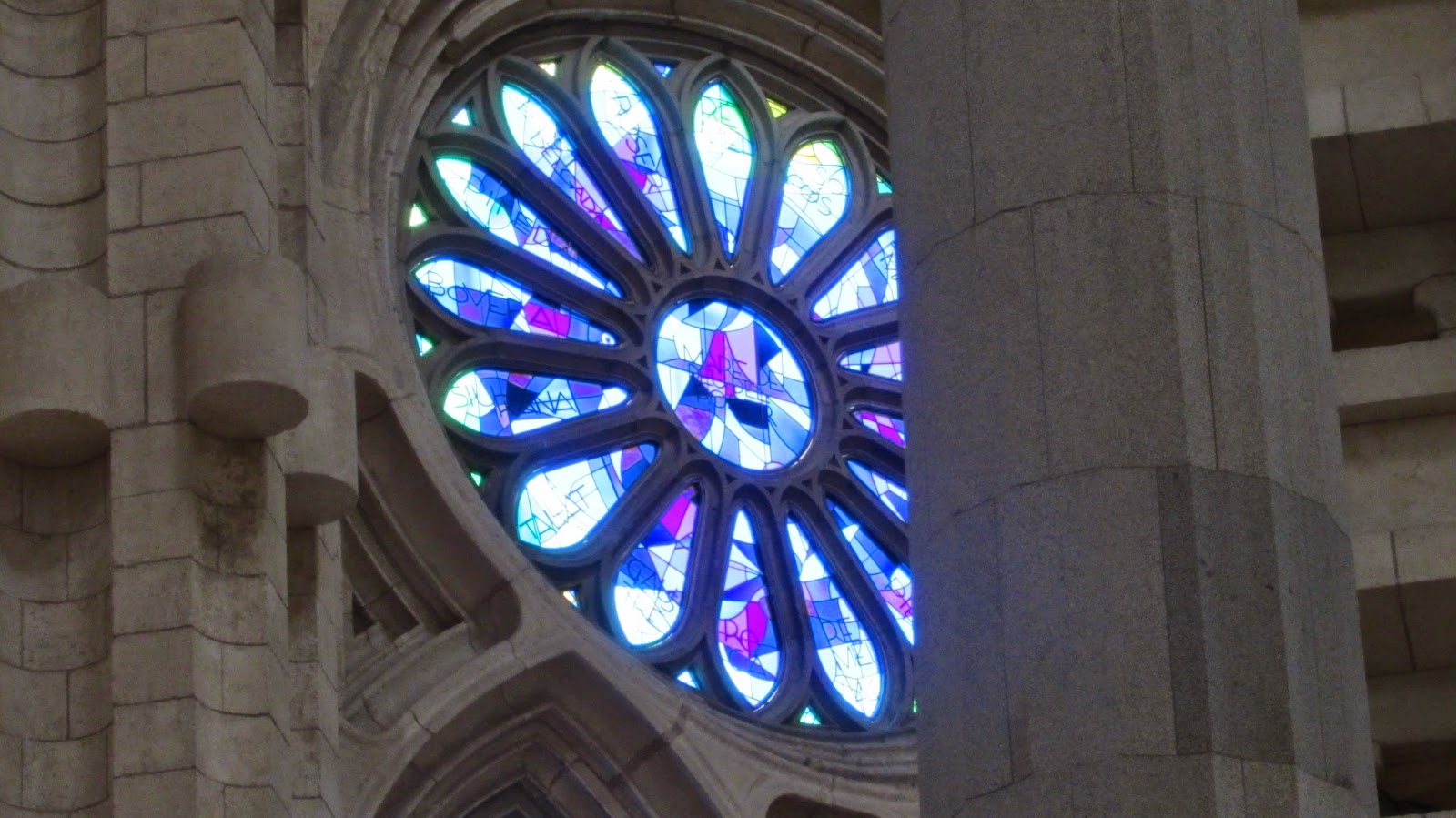 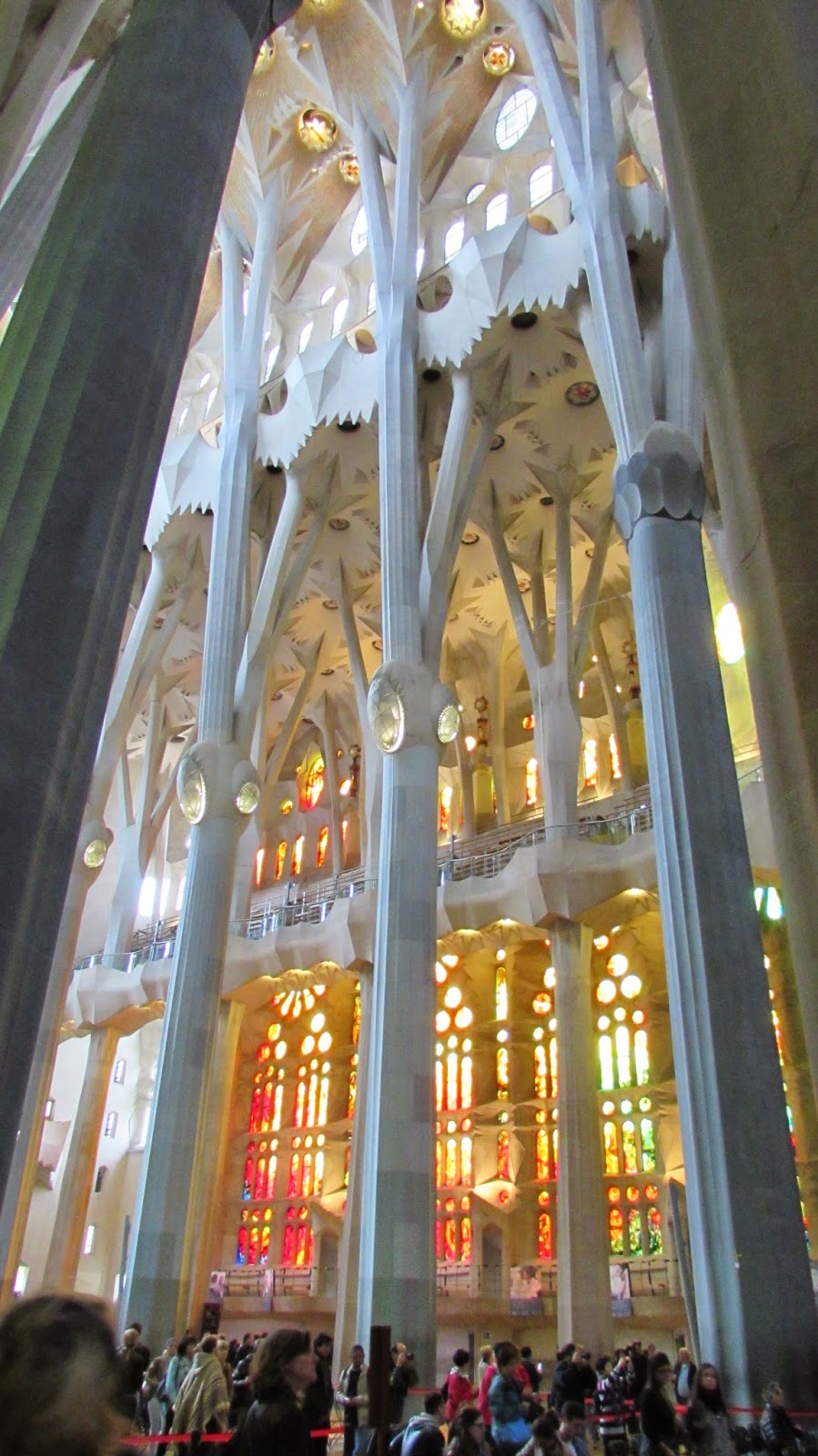 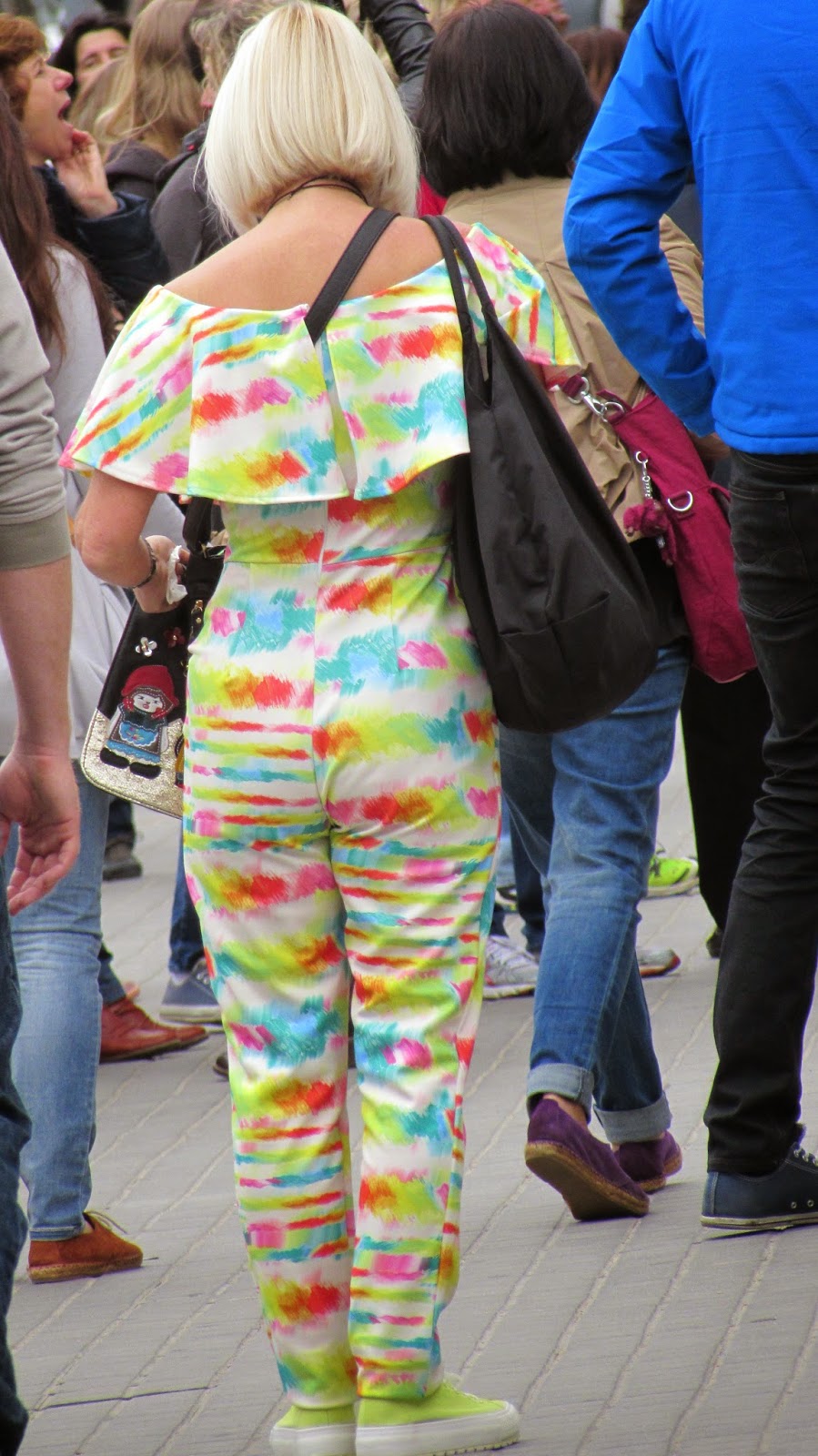 A woman who had just seen La Sagrada.

Third stop - Gothic Quarter - Because there is never enough walking, we went on a walking tour of the oldest part of the city, which used to be a walled fortress. The roads are too narrow for cars and people still live in all the ancient buildings. 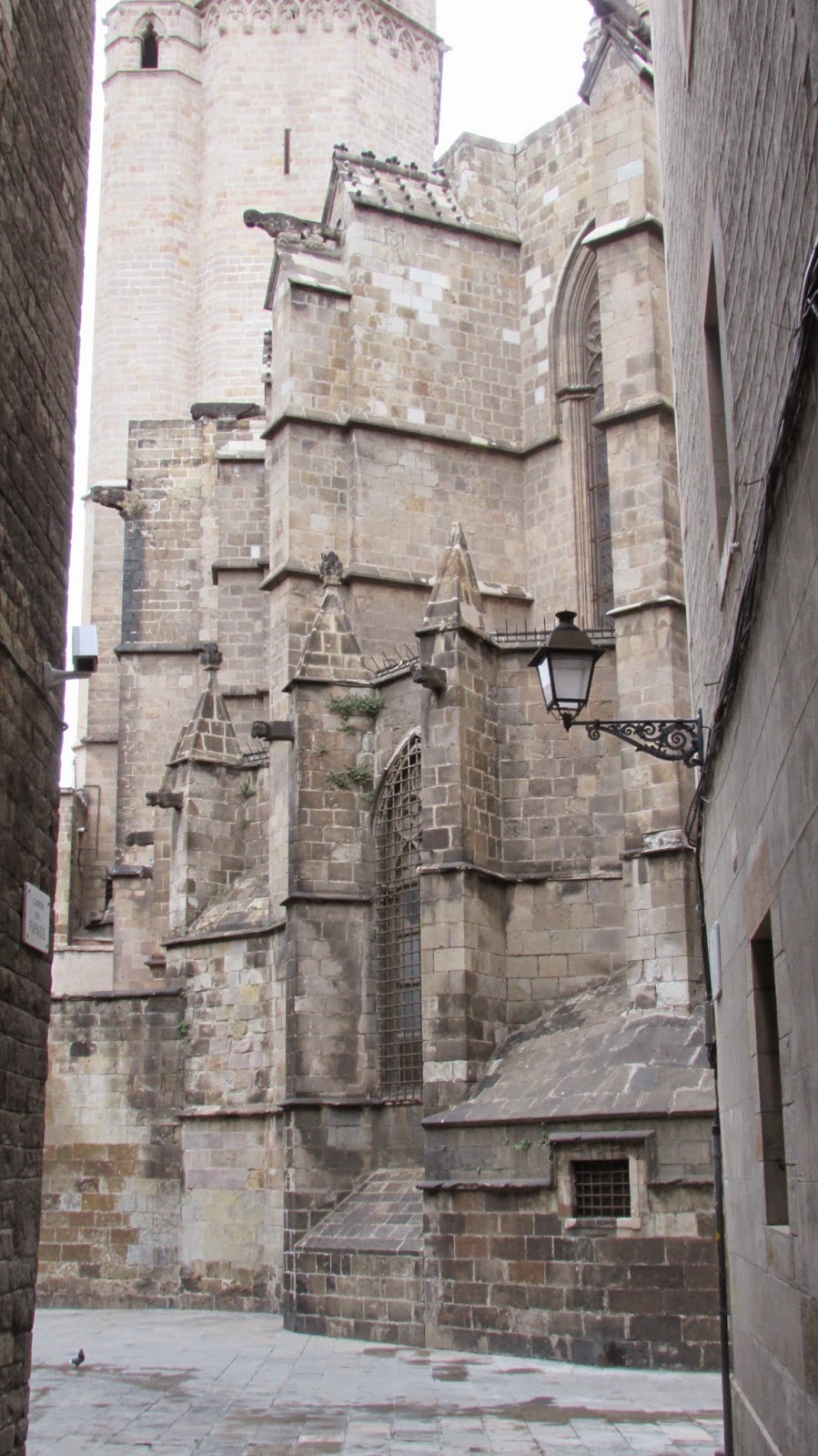 There was a protest in the square over the impending vote over whether there should be a vote to make Catalunya an independent country. 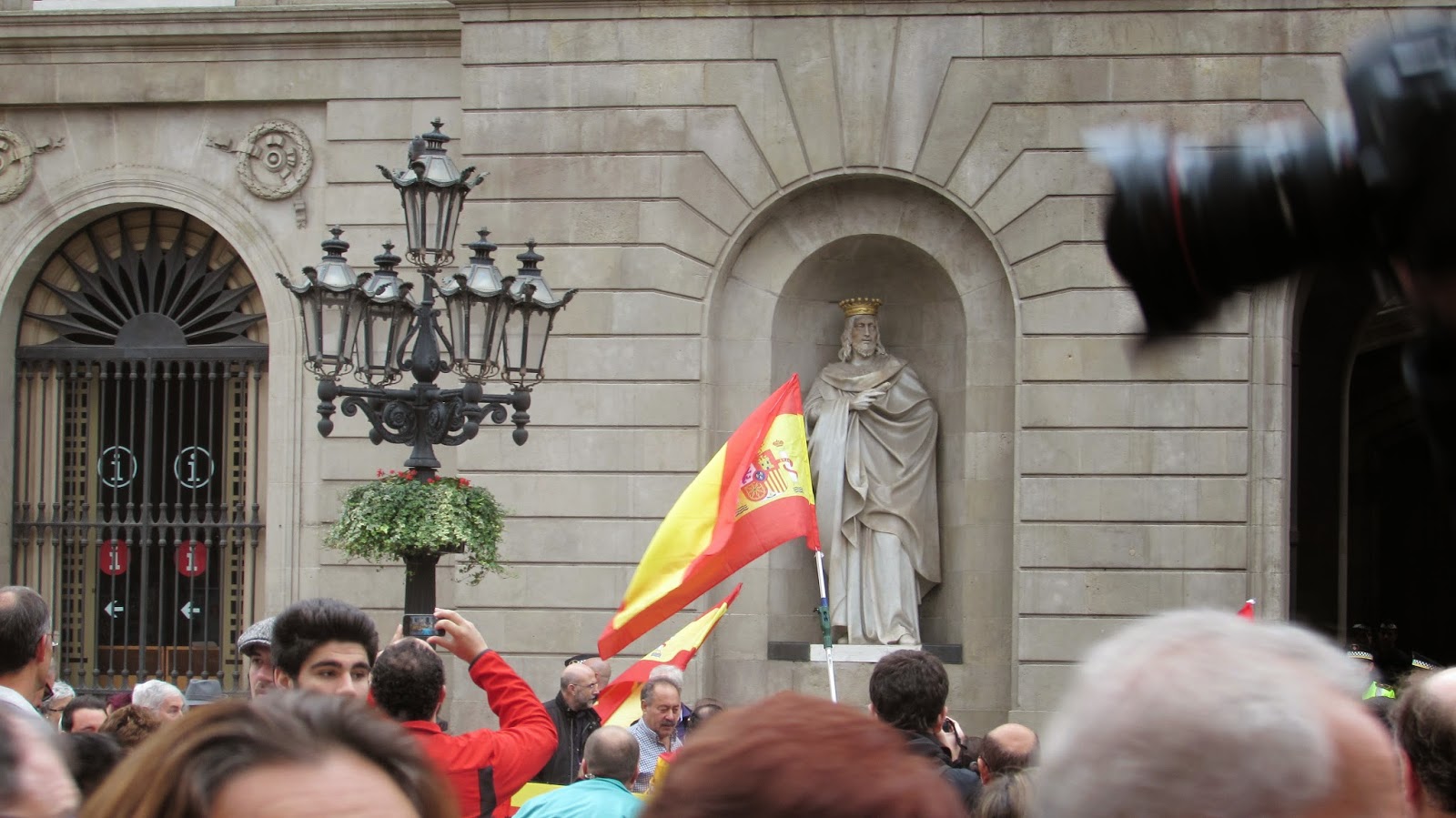 Break for lunch. I ate at CheeseMe where I had ravioli with mushrooms and pears. They were delicious! And Yellow Tea. I also took a chance and went into a pharmacy with the package from my migraine medicine, which is prescription only in the US, and was able to buy it over the counter. You can't image how happy that made me. Having a migraine for my whole vacations was looking like a real possibility if I couldn't take care of it.

Fourth stop - Parc Guell - I liked it better than La Sagrada, but still I find Gaudi lacked the ability to edit himself. Some good ideas, but overdone. I would have bought a small souvenir of the "dragon" but without a suitcase I didn't want to worry about it breaking. 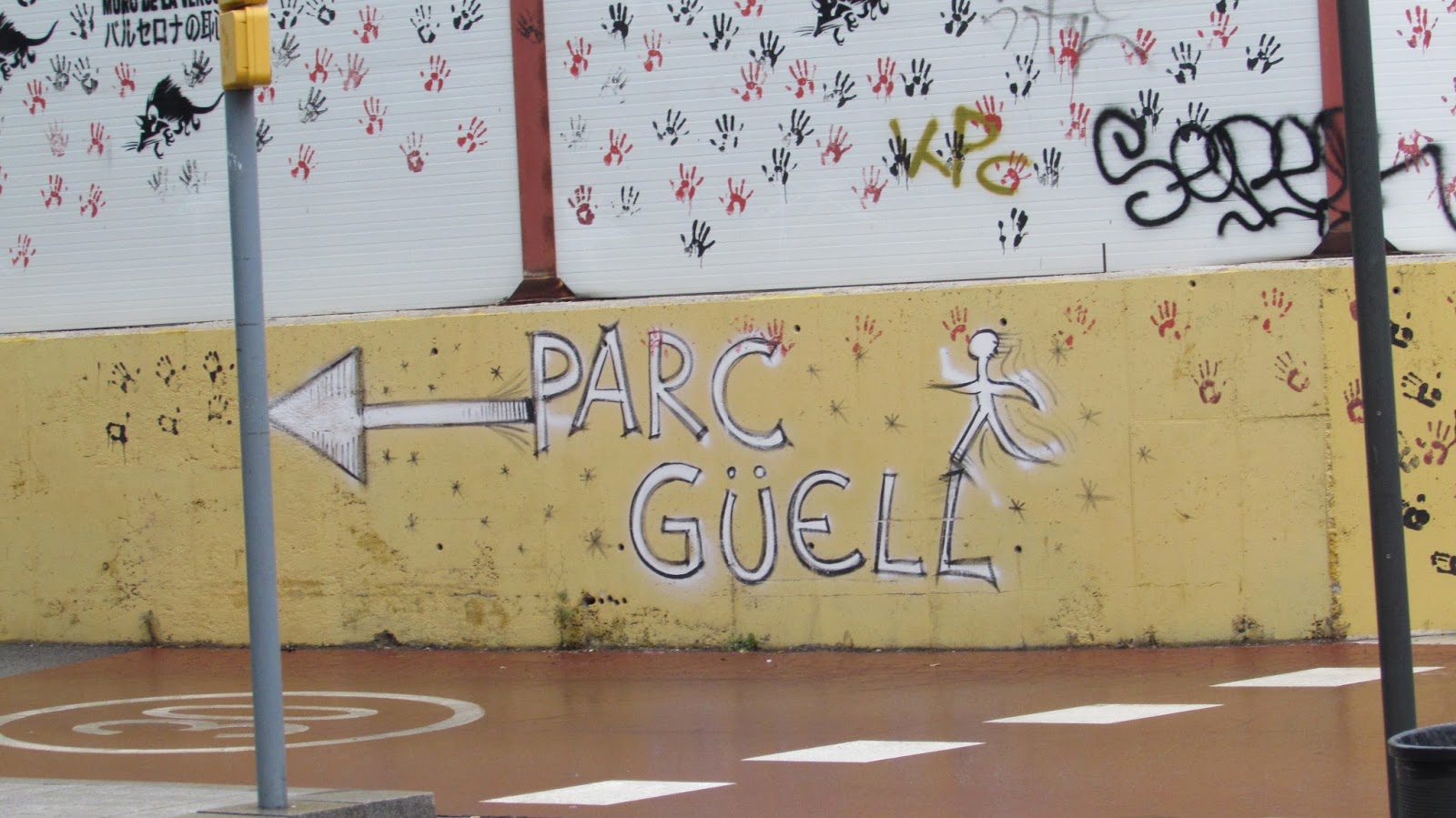 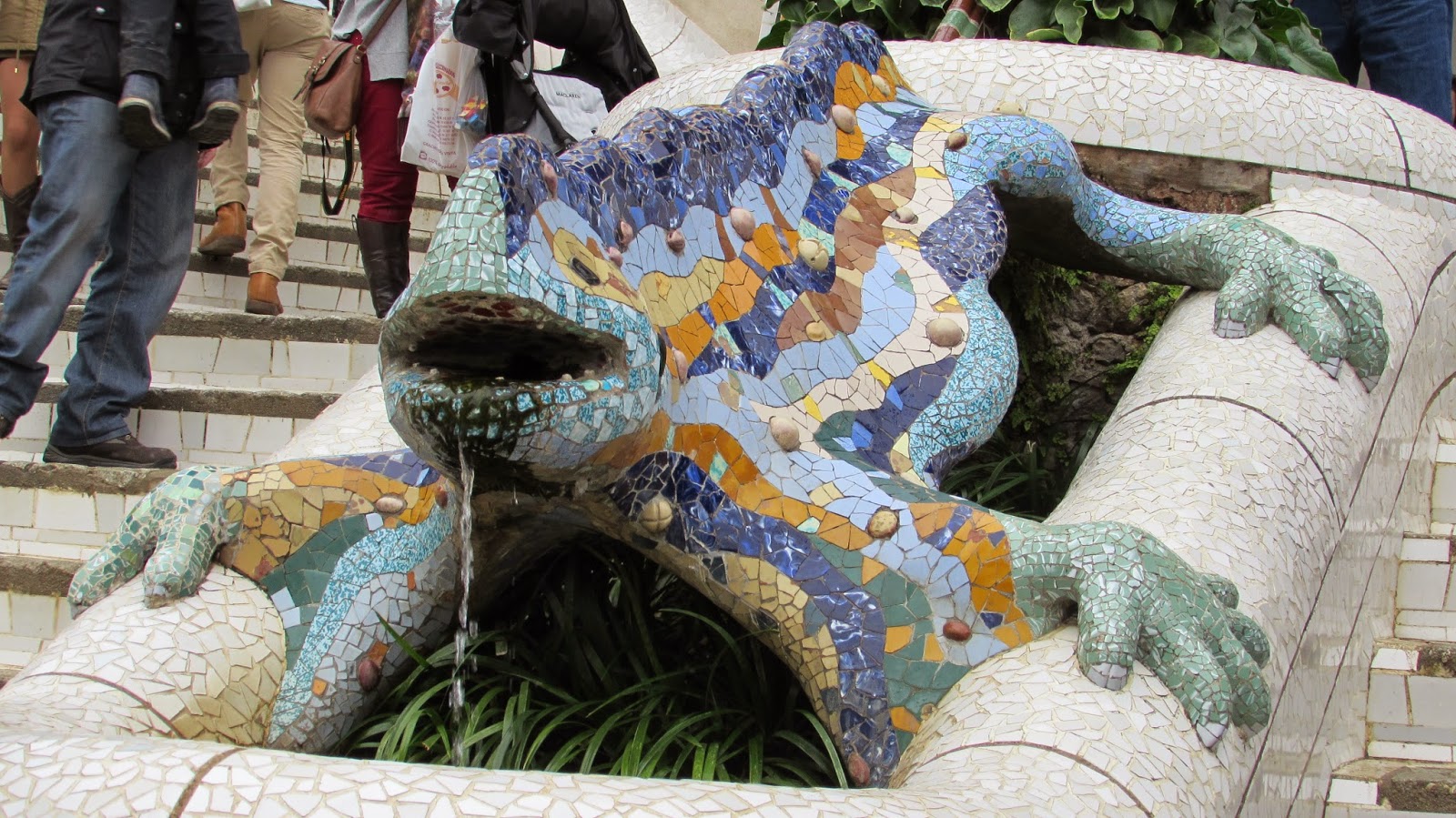 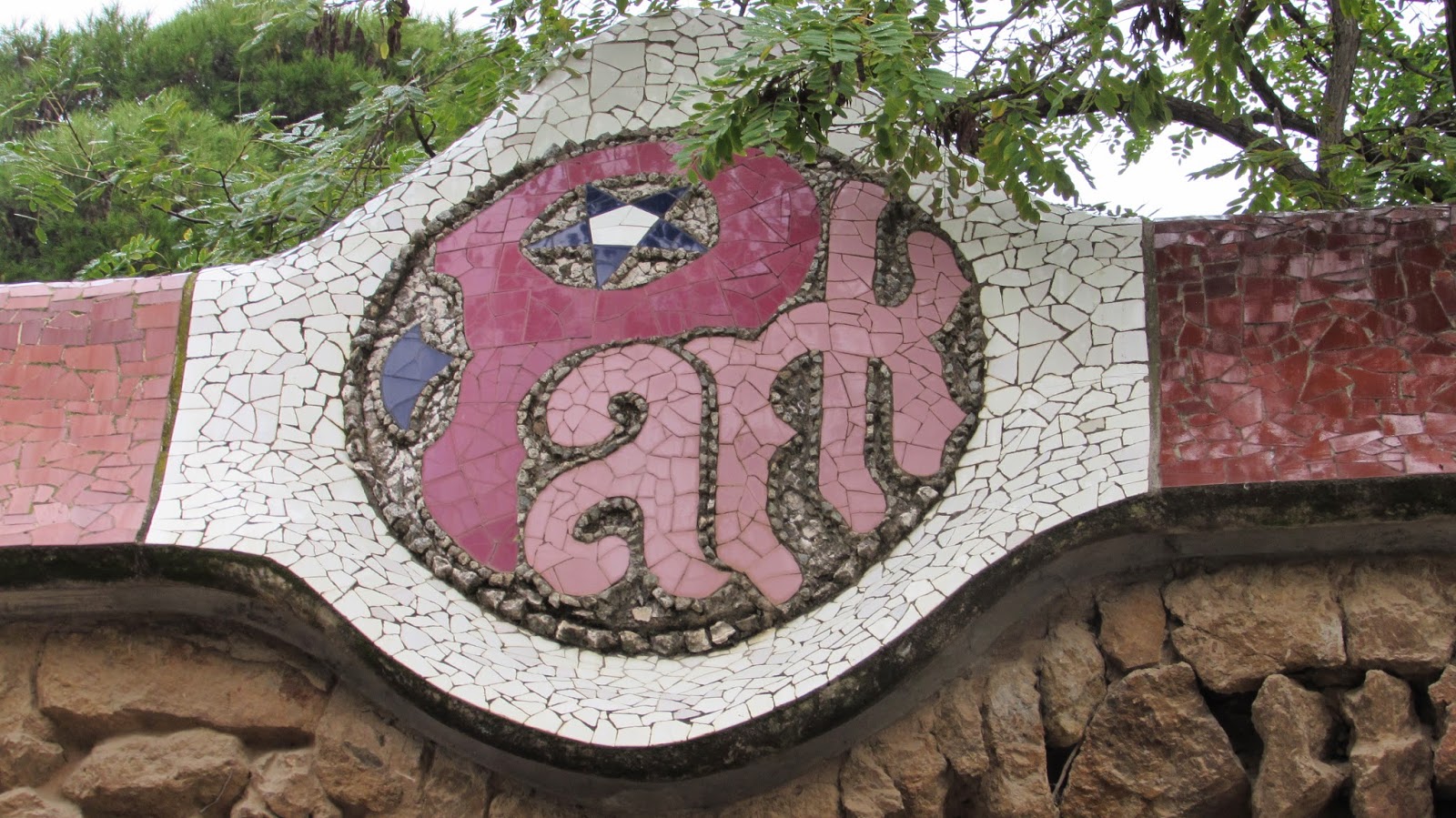 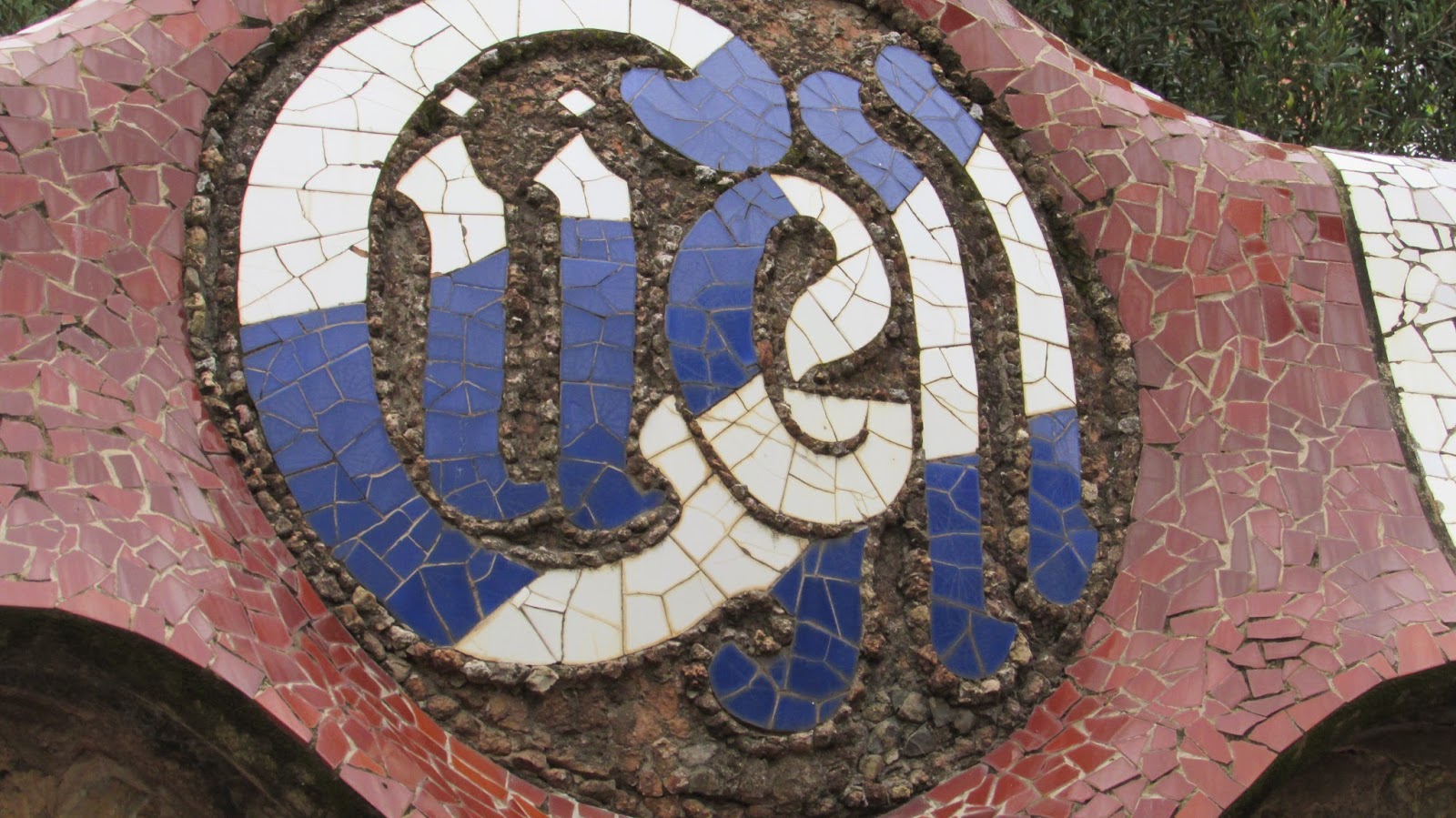 Fifth Stop - La Pedrera - I didn't want to walk another step, but we had to go up to the roof of this building where there is a series up steps going up and down, up and down. And some unique chimneys. 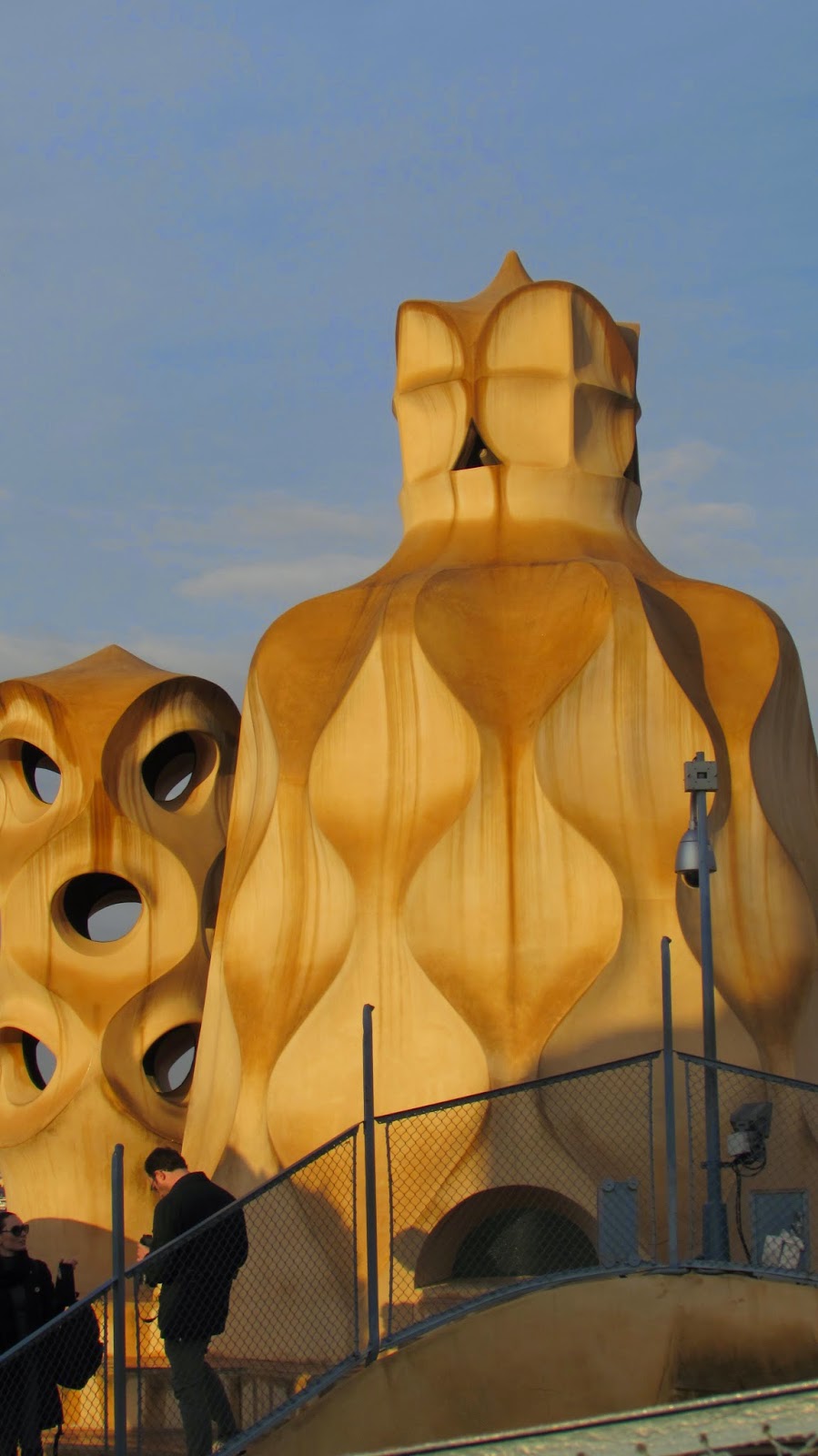 Then you go to the attic for a display about Gaudi, then down one more level to one of the apartments. I doubt they have ever had anyone go through the display and apartment faster than me. When I finally got back down to ground level there was a woman associated with the site who tried to direct me to another room for another exhibit, but I just left. I couldn't see anything else. That was the end of the official tour, not taking us back to the tour office, but rather leaving us in that same shopping area I had been two nights before. 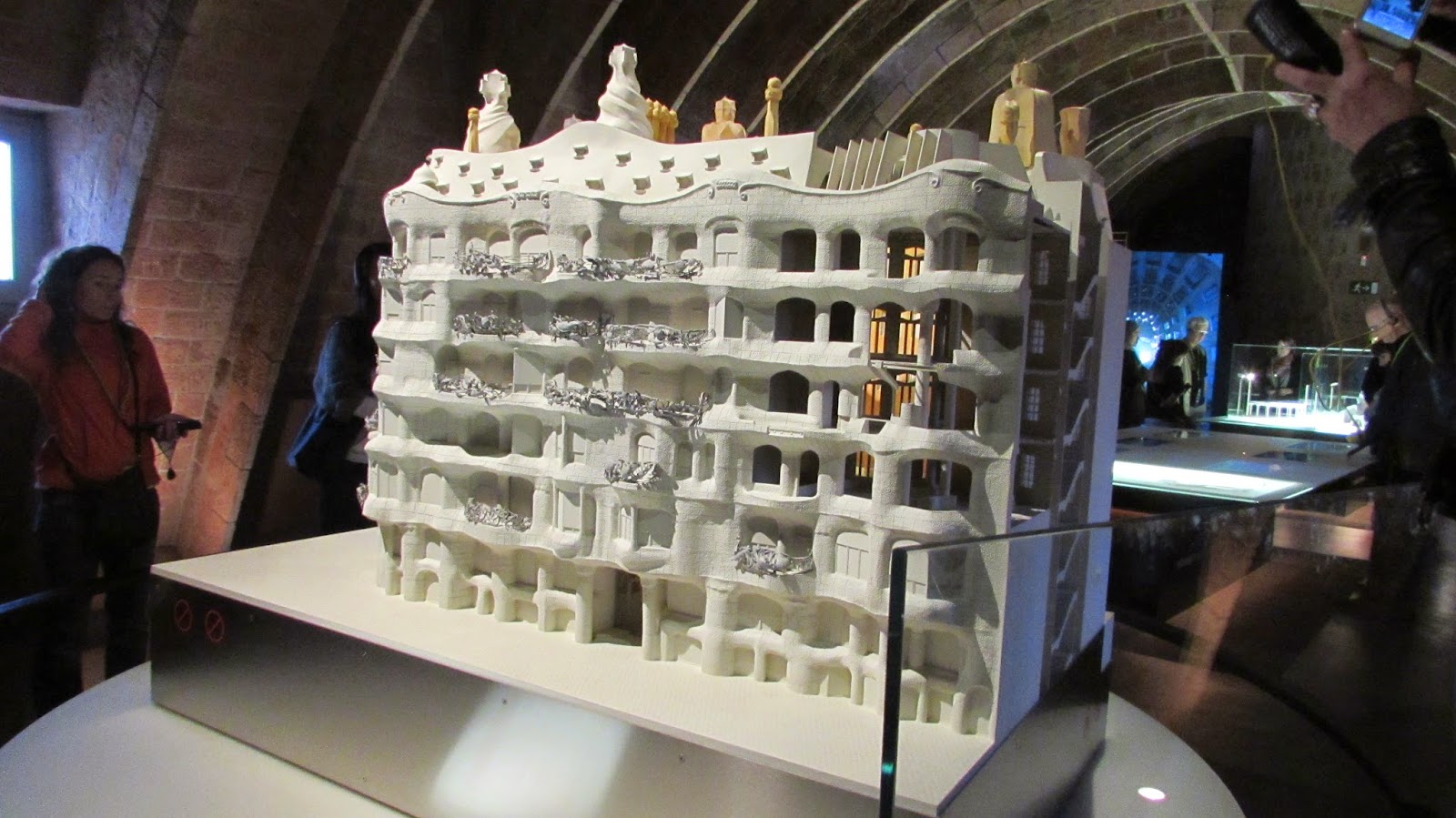 I found a place to eat and sit for a while. I have gratinated provolone which was very good, and some not very good french fries. I ordered ice tea instead of yellow tea and got a bottle of Lipton with lemon and sugar. Better than nothing, but not what I wanted.

Since I now knew where H&M was, I set out to find it and buy still more clothes, because I had no suitcase and the weekend was coming up. In the US, that wouldn't be a concern, but I knew that I would be in France soon and it is really difficult to find stores open on a Sunday in France. I needed to be set until Monday. I didn't find anything I liked, so I bought more socks and underpants and a t-shirt and sweater. The skirt I bought in Cadaques would have to make another outing or two.

And then I had to walk back to the hotel. If you haven't been to Barcelona, there are not proper street corners. The buildings look like they've been cut on the ends and the crosswalks are all about a car's length in from the intersections. I figured out that I saved some walking if I went in a diagonal pattern rather than trying to go up and over to my hotel, because I didn't have to walk around these weird corners. Even though it was only a few blocks, I kept thinking I should just hail a cab and get it over with, but I didn't. I managed to get back to the hotel and call home and settle in for the night.

Posted by Camille Sharon at 7:04 PM