On the plane to Barcelona they offered a snack of either a cold cheese sandwich or a cold chicken sandwich. The bread was dry and there was Dijon mustard on the cheese sandwich, with a yellow cheese resembling cheddar. I ate a little bit, but that was my 4th meal in the past 13 or 14 hours, so I wasn't really hungry.

Since my luggage didn't arrive, I had to go make a claim at the lost baggage counter. They looked up my bags in the computer and had no record of them at all. The woman didn't seem alarmed by this and sent me on my way with a piece of paper with a claim number on it.

I had pre-booked a car, and saw a man holding a sign from the company (BTW, no customs in Barcelona) who was waiting for someone else. He had a German woman with her daughter already waiting and said, yes, he was also for me, but none of us knew why he didn't have my information. We waited about ten minutes for the person he was holding up the sign for, but he never showed, so we left.

My hotel in Barcelona was on a main street - Arago. The room was small, but had the best feature of all if you know me - a heater I could control! I signed into the internet and figured out about what temperature 80 would be in Celsius and programmed the heater! Yay! But there I was without my suitcase. I had to go shopping. I inquired with the concierge where I might find some shops, and he pointed me to the main shopping street about 5 blocks away. He specifically told me they had H&M and Zara right in the area he circled on the map, two shops which are vital when you need something cheap.

I found the street and started walking north. Chanel, Carolina Herrera, Tiffany...everything way too pricey. I walked around and around and around. I saw some Japanese girls with Zara shopping bags and they told me to go to the next block, La Ramba Catalunya, to find Zara. I went to La Ramba and found Sephora, where I bought some hair conditioner, and a place to buy a pre-paid mobile phone. At the mobile phone store they looked up where H&M and Zara were, and so far I had been given completely wrong directions by everyone I asked. I wasn't far from Zara, so I went over there.

I found a nice dress there which I think I'll wear again, and I got a t-shirt to sleep in. I still needed to find underwear and socks for the next day, but had passed a lingerie shop on my travels, so I headed back there. Women's Secret. LOL. I bought the cheapest underpants and socks I could find. Then, exhausted, I headed back to my hotel. There were still some things I needed to buy (like deodorant), so I stopped in one of the many pharmacies. A small bottle of deodorant was 7€, but I didn't know where else to go. 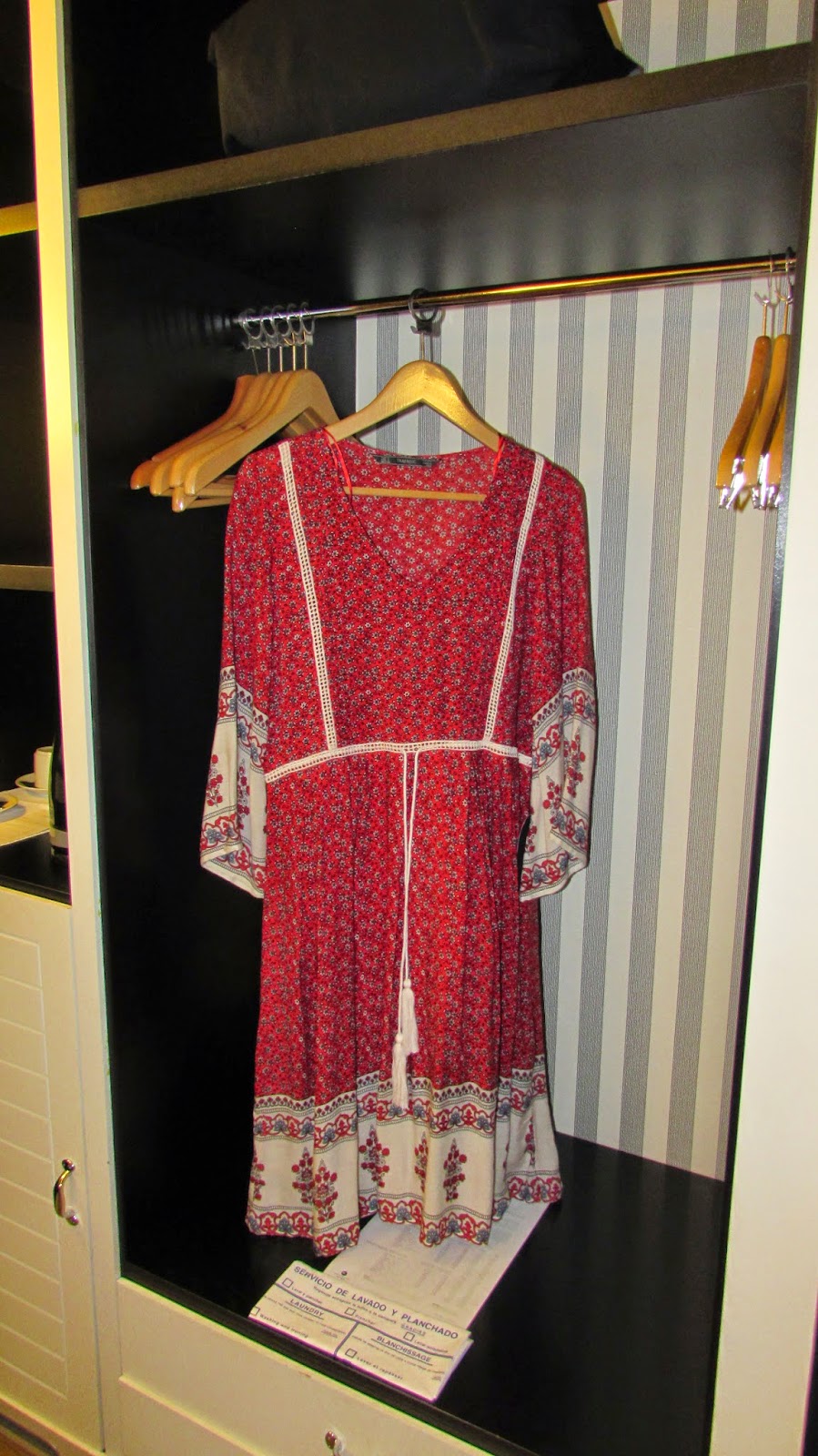 
On the walk back to the hotel, coming at things from a different angle, I realized it was one block away from a small supermarket. I popped in to the market and got something to eat and bottled water and a couple other things from my shopping list. Had I seen it earlier, I would have saved a lot of money on conditioner and deodorant.

Back in the room I could FaceTime with my parents and got to sleep around 10 pm. And because I bought a cell phone, I had a USB charger for my iPad. Otherwise, things were looking grim with me and technology. With the iPad charging and a cell phone, I set the alarms on both so I would be up in time for my first tour the next morning. 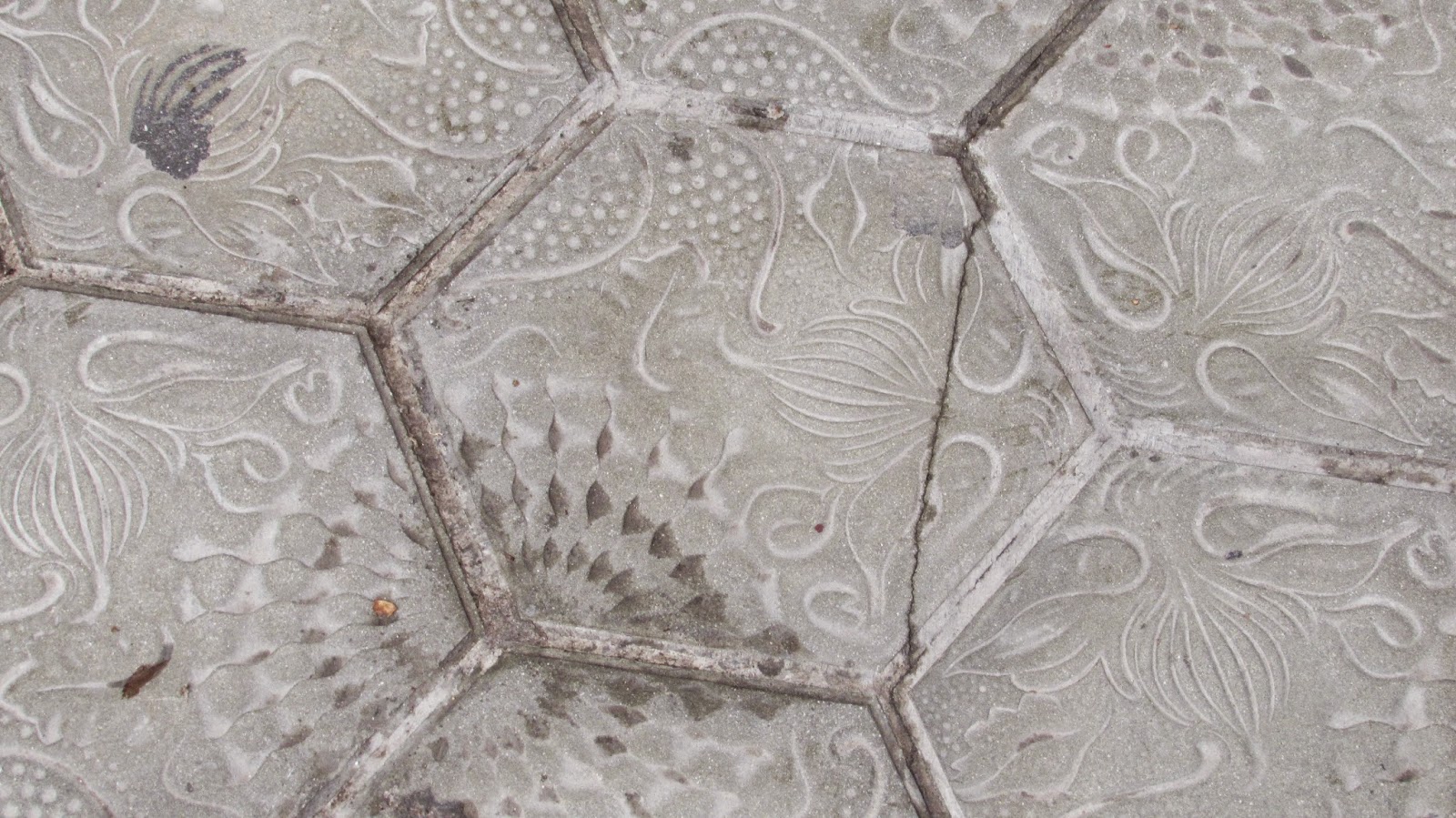 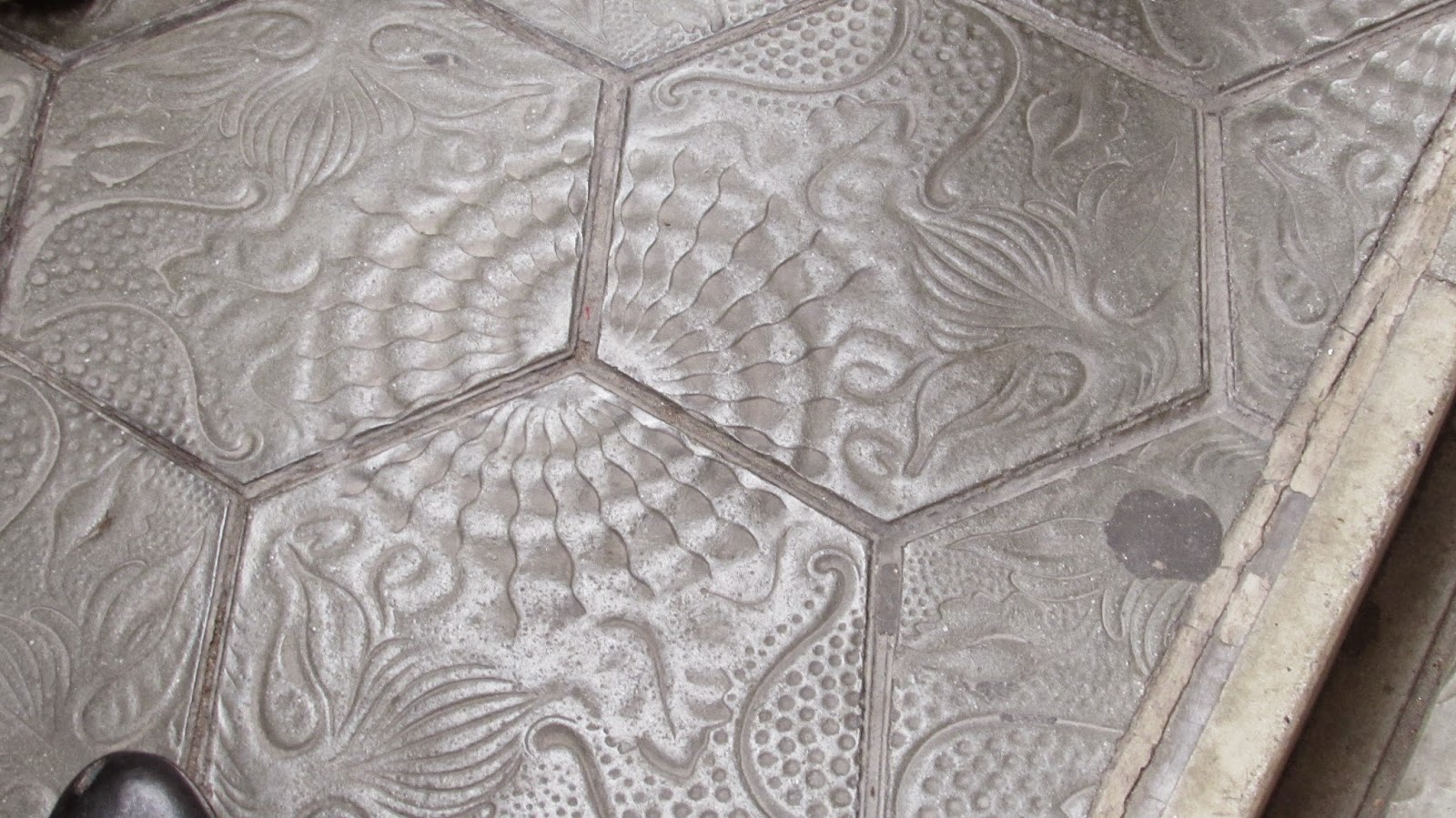 These are the street tiles, designed by Gaudi, which comprise the sidewalk on La Rambla.

Posted by Camille Sharon at 6:34 PM