Quest for the Perfect Honeysuckle Perfume

Not that long ago, I bought some honeysuckle perfume on a whim. And I was a little disappointed by it. I didn’t dislike it as a perfume, but it was called Aerin Mediterranean Honeysuckle and it didn’t smell like honeysuckle. It is a light citrus floral perfume, but the floral does not evoke honeysuckle.

My general disappointment with that perfume started me on a quest. Is there actually a perfume that captures the smell of honeysuckle?

I grew up in San Antonio, Texas, and we always had a honeysuckle bush in the yard. I remember going outside when the flowers were blooming and picking them to get the one little drop of nectar each flower yielded. You pick the flower and pull the style through the bottom. The stigma gets one little drop of liquid attached to it from the pull and you lick that. It tastes the way the flower smells, but in a sweet, sugary way.

You know how sometimes you spray perfume or air freshener and you get it in your mouth? That isn’t what this is like. To really capture the honeysuckle scent, the perfume needs to smell like it would taste good, overcoming the natural instinct we have that tells us a perfume will taste terrible. Yes, it will taste terrible, but it should entice you to maybe try it, just to double check.

To my mind, there are three different notes that the honeysuckle fragrance needs to cover. First, it needs to have a white floral scent, because it is, after all, a flower. Second, it needs to have that sweetness to it that makes you want to taste it. And third, it should have a slightly herbal note to remind you of picking the flower right off of the stem.

I bought every perfume with honeysuckle in the name I could find with relative ease. I skipped the bottle of perfume that Anthropologie discontinued carrying because the price on eBay was triple the original price. And I didn’t buy anything where honeysuckle was just included as a note in the ingredients. Some of these are no longer being made, but I found them for decent prices on eBay. So, from worst to best, here are the honeysuckle perfumes I have tried and ranked.

11. Lollia Dream (White Tea and Honeysuckle) from Margot Elena. This was very powdery and reminded me of something my grandmother would have worn. I don’t know if she ever wore anything that wasn’t from the dime store. She used cornsilk powder and smelled like cornsilk powder. The teeny-tiny bottle I bought was $10, and did not include shipping. It smelled really cheap and I will never wear this. The honeysuckle fragrance does not come through. 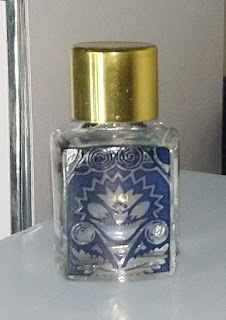 10. Sparkling Honeysuckle from Mary Kay. It lists the scents as pear, mandarin, honeysuckle, freesia and iris. All of those things added together added up to gardenia to me. That’s all I could smell. The sprayer was good, though. 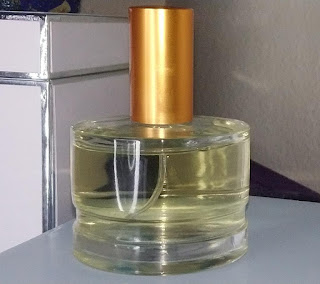 9. Sweet Honeysuckle by Perlier. This smelled very soapy and powdery to me. It had a bitter tinge, too. I didn’t get honeysuckle at all with this one. 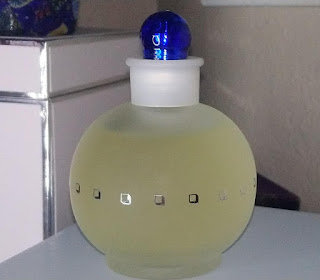 8. Wild Honeysuckle by Bath & Body Works. The notes on this are jasmine, violet, honeydew and cassis. This had a very generic “perfume” smell to me. Not sure how better to describe it. None of the individual notes stand out. The overall effect is a sweet floral, without the sweetness of wanting to taste it. 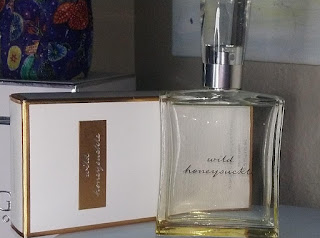 7. Mediterranean Honeysuckle in Bloom by Aerin. The notes are honeysuckle, tuberose, honey and citrus. This smells pretty good when sprayed on a card, but when sprayed on myself, it didn’t smell good at all. It is the second perfume with tuberose in it that I’ve tried recently and I’m going to say that tuberose doesn’t work with my body chemistry. It smells sweet on the verge of rotten. Really unpleasant, and it also gives me a headache. Why did I rank it so high then? Because it smells good on paper and someone else might have better luck with it on their skin. 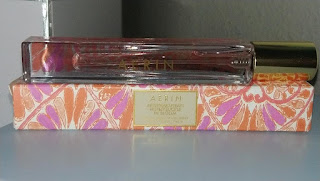 6. Green Tea & Honeysuckle by Elizabeth Arden. This is a very inexpensive perfume. The green tea is very strong and the honeysuckle not so much. But because it is cheap, it requires a big spray and it wears off very quickly. After like 30 minutes, I couldn’t smell it at all. 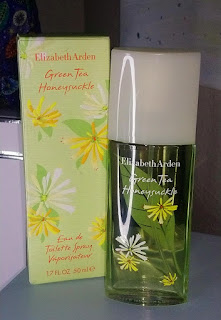 5. Honeysuckle by Caswell-Massey. This is from the New York Botanical Garden line. It smells very close to honeysuckle, but it is missing the note of nectar. It smells pretty, but you know it would taste terrible. 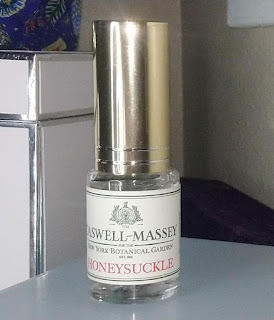 4. Fresh Honeysuckle by Fresh. The top note on this one is very fruity. Peach and black current. The fruitiness is juicy and delicious. That gives way to a honeysuckle and jasmine blend. The jasmine pushes it a little too far into the white floral category, but the top note is so delightful, I’ll put this on just for that. 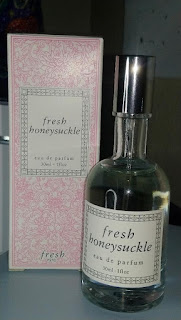 3. Mediterranean Honeysuckle by Aerin. This is the perfume that started it all. It is a light citrus and I like it. But I do have to spray on a lot of it. And it makes me sneeze. I don’t know what in it makes me sneeze, but after ten minutes or so the sneezing stops. The honeysuckle is there, but very subtle. 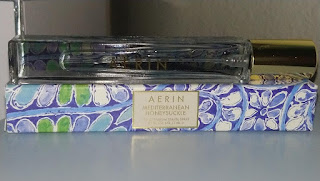 2. Honeysuckle and Davana by Jo Malone of London. I don’t know what davana is, but here it gives the perfume an herbal quality. The davana helps provide the idea that the flowers grow on a green plant. The honeysuckle is subtle again. But I really like this perfume. It is not only a good daytime perfume, but something I like to put on at bedtime. 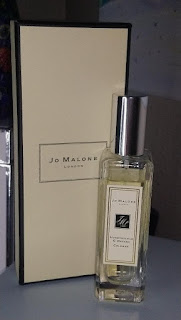 1. Honeysuckle by Demeter. This is amazing. It smells just like honeysuckle. No other way to say it. It delivers. 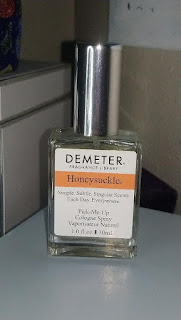 What I’m doing is wearing either my 2 or 3 pick perfume and adding the Demeter Honeysuckle to it. This pushes the honeysuckle to the front so I can really smell it, but adds dimension with the other notes from the perfumes. The blast of fresh honeysuckle makes me smile. It takes me back to my childhood, and I’m so glad I found the perfect scent to recreate the feeling.

Posted by Camille Sharon at 8:18 PM