Last night, when I was having my semi-regular bout of insomnia, I went down the rabbit hole of watching music reaction videos on YouTube. Luckily, YouTube keeps a record of everything you watch, so I can now recreate the playlist for you.

And then I stopped. 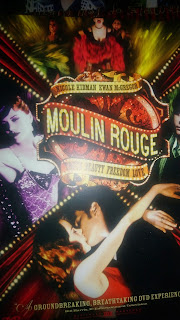 I don’t particularly enjoy reaction videos. The reactions always seem to be, “Ok. Ok. That wasn’t what I was expecting. Mm. Yeah.” There isn’t any deep analysis going on. And because the songs are usually taken from comments recommendations, there is a certain quality to them which would make it unusual for a song to be completely panned. The songs are either excellent classics or off-the-wall goofs. It’s never just, “Please listen and react to this perfectly mediocre song which made it to number 100 on the charts.” I mean, who would listen to Aerosmith “Dream On” and not think it was kind of an amazing song? 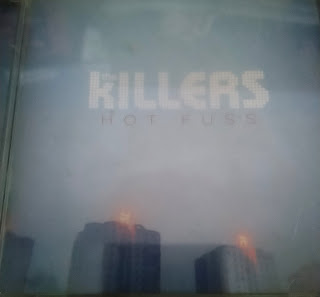 This isn’t a complaint. I happen to like the way music has sounded for the last 30 years, but aside from lyrics evolving slightly as people have evolved, the actual basic music hasn’t had a huge shift in sound. (I understand that popular music goes through phases of what BPM is hot, or how much autotune is expected, but a lot of music from the late 1990s through today, without context, would be hard to pinpoint to a specific decade.)

The song “Anything, Anything” by Dramarama is a good example of this. It’s from 1985, but if you listen to it and are forced to give it a year, having never heard it before and without any visual clues like the music video or pictures of the band, I doubt anyone would peg it as a song from 1985. Hot Fuss by The Killers sounds like something which could have been released today.

This takes me back to a month or so ago when I posted on Facebook asking if “Birdhouse in Your Soul” by They Might Be Giants was a great song. Yes, it is, by the way. But what makes a great song?

I’m working on my formula, and this is where I’m at. The lyrics and melody have to be at least interesting. So something like R.E.M.’s “The One I Love,” which is a good song, doesn’t quite make it to great because the lyrics are too repetitive.

How to determine if the lyrics and melody pass this test? Sing the song acapella - for someone, if possible. If you find yourself doing something like, “and then that repeats,” forget it. That song fails. Or if you find yourself thinking, “I hope the person I’m singing this to isn’t getting bored,” then that song also fails. It needs to be interesting and compelling. Even if you have trouble keeping hold of the melody, which might be a difficult one, you can get a pretty fast idea if the song has potential to be great by attempting a small performance of it. My cats get to hear Billy Joel’s “My Life” in about 4 different keys each time I attempt to sing it. For some reason, I can’t hold that one in the right key when doing it acapella. (I also have trouble keeping the key straight on “Birdhouse in Your Soul.”) 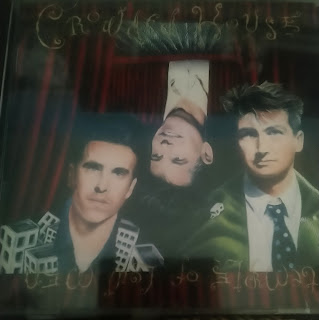 I took voice lessons for a long time, and my teacher insisted all the lessons be acapella. It really drove home the idea that some songs just didn’t cut it. There is nothing as painful as starting a 3-minute song and realizing after the first couple of lines that the song, which you love, doesn’t go anywhere. It doesn’t say anything. It doesn’t stir anything.

If the song passes the lyric/melody test, then move on to the music. I would venture to say that a great song can suffer from a poor performance. So while the bones of the song would qualify, a particular version of it can fall way short of being great. I think The Killers “All These Things That I’ve Done” is a great song. And that Queen’s “Bohemian Rhapsody” is a great song. But I doubt I’d feel the same way if different artists had presented those song originally. The Killers made that song great. Queen made that song great.

I love the music in Cats, but there is a reason why “Memories” is a hit and the other songs are only known by us fanatical fans of the show.

I’m not slighting good songs, I’m just saying that I need to recognize that even though I might love a song, doesn’t mean it is a great song. And I also don’t think there are a finite number of great songs. New great songs come out each year. We haven’t reached the end of the road with great songs.

A great song spans generations. It spans genres. Someone who does reaction videos, even if they don’t love the genre, will be forced to admit that the song hasn’t something going for it. There is something inherently great about the music and lyrics and the way they work together. It’s why “White Christmas” is still popular, despite being written in 1942. 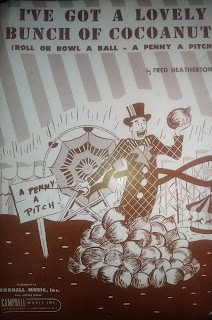 Since the reaction videos rely on suggestions, they are automatically biased toward listening to good, if not great, songs. And the reason I watched them for so long last night? It wasn’t for the reactions. It was because I was getting to revisit songs I hadn’t heard in a while. The playlist was varied. When I watch a regular music video on YouTube, the autoplay feature will then run through videos either by the same band or from the same era. I don’t want to hear “Hold Me Now” by the Thompson Twins after “Don’t Dream It’s Over.” And I may or may not be in the mood for “Better Be Home Soon” next. But the reaction videos gave me a playlist of good and great songs with no connection other than they were someone’s favorite (for the most part - “I’m Too Sexy” is no one’s favorite song). Almost like having my own iPod set to shuffle. 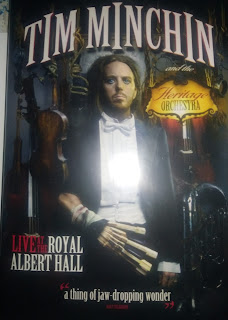 Posted by Camille Sharon at 1:39 PM