I got up early, with three different alarms set, and hurried over to the hotel for my tour pickup. There were two other people who eventually showed up there also waiting for my tour company to pick us up. I could have had a drink while I waited - an iced tea was only 5£. Yikes!

The tour bus took everyone back to the tour office at Victoria Coach Station - where I had failed to arrive the day before, but had walked past two or three times without realizing it. I asked two people where it was while we were standing right in front of it, so I wasn't the only one without a clue! There was time to kill before the buses which went to the different tour destinations arrived, but I stuck close, not wanting to risk missing my tour again. 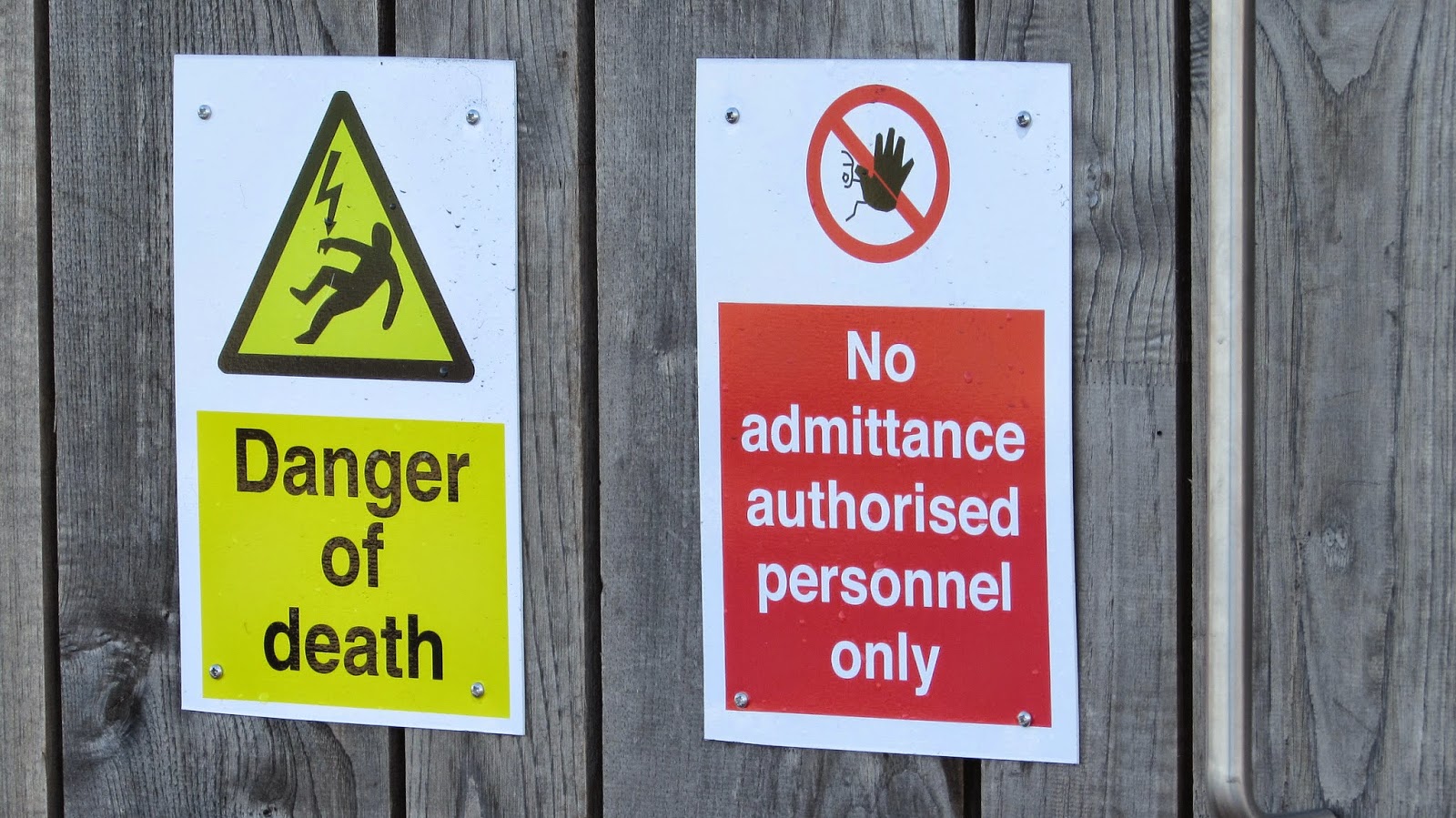 The bus was nearly full, but not completely. I was able to have two seats to myself since I walked all the way to the back of the bus. The ride was about 2 hours, but the bus driver, who wasn't an actual tour guide, spent a lot of the time telling us about what we were passing, so it was as good as having a tour guide.

Before we got to Stonehenge, the bus driver, Chris, told us that we were getting close, which side of the bus it would be on, and that he expected to hear us all say things like, "Oooh! Look at that!" as soon as we crested the last ridge and could see the stones. We did our best to not disappoint him. 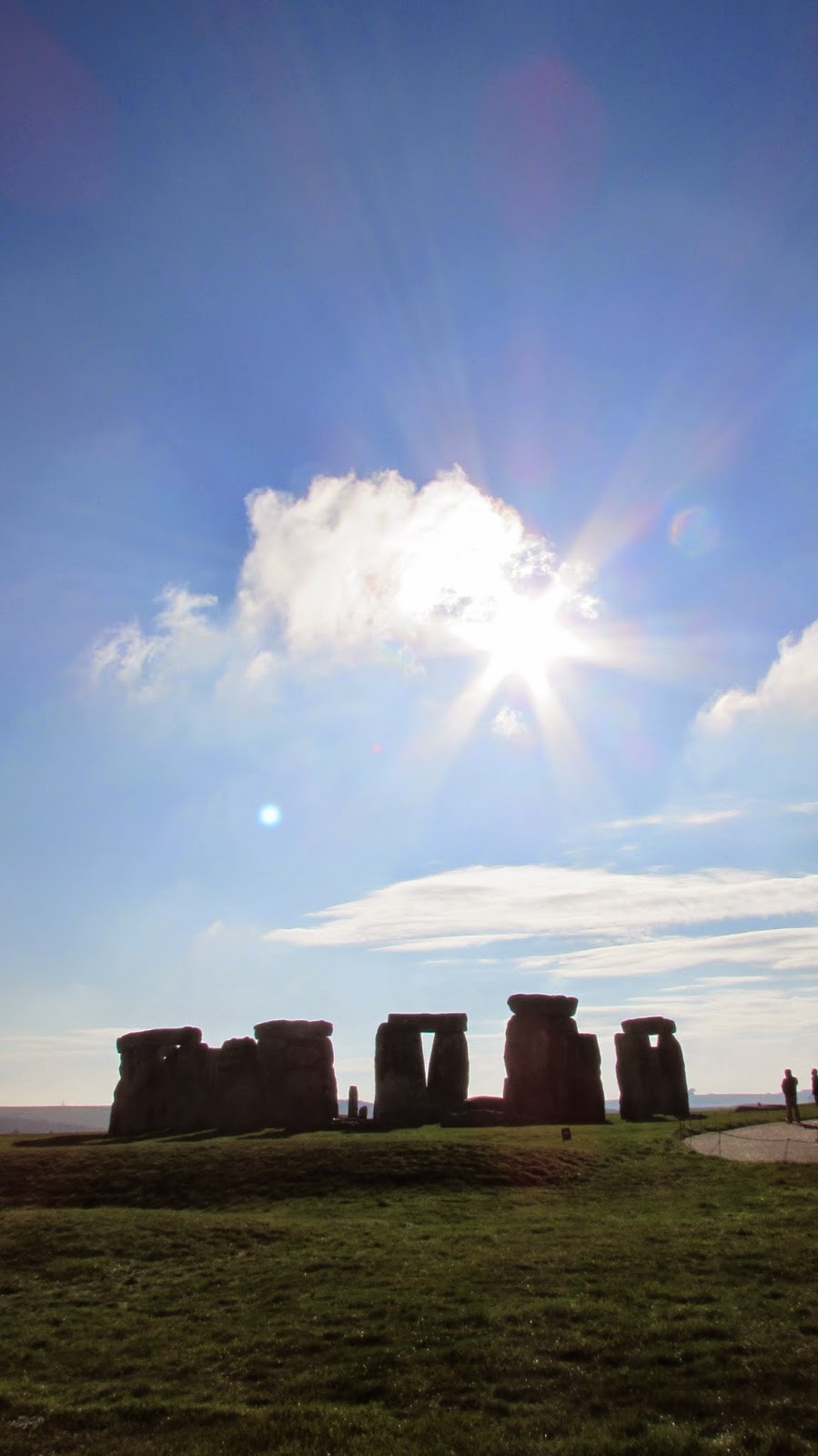 We got out of the bus and walked down a hill to the tourism center where we were all given little recorders which played the tour information as you walked on the path around the stones. The stones were actually about a mile from the tourism center and a shuttle took you to them. Then you got out and followed a walking path, at your own speed, in a circle around the stones. 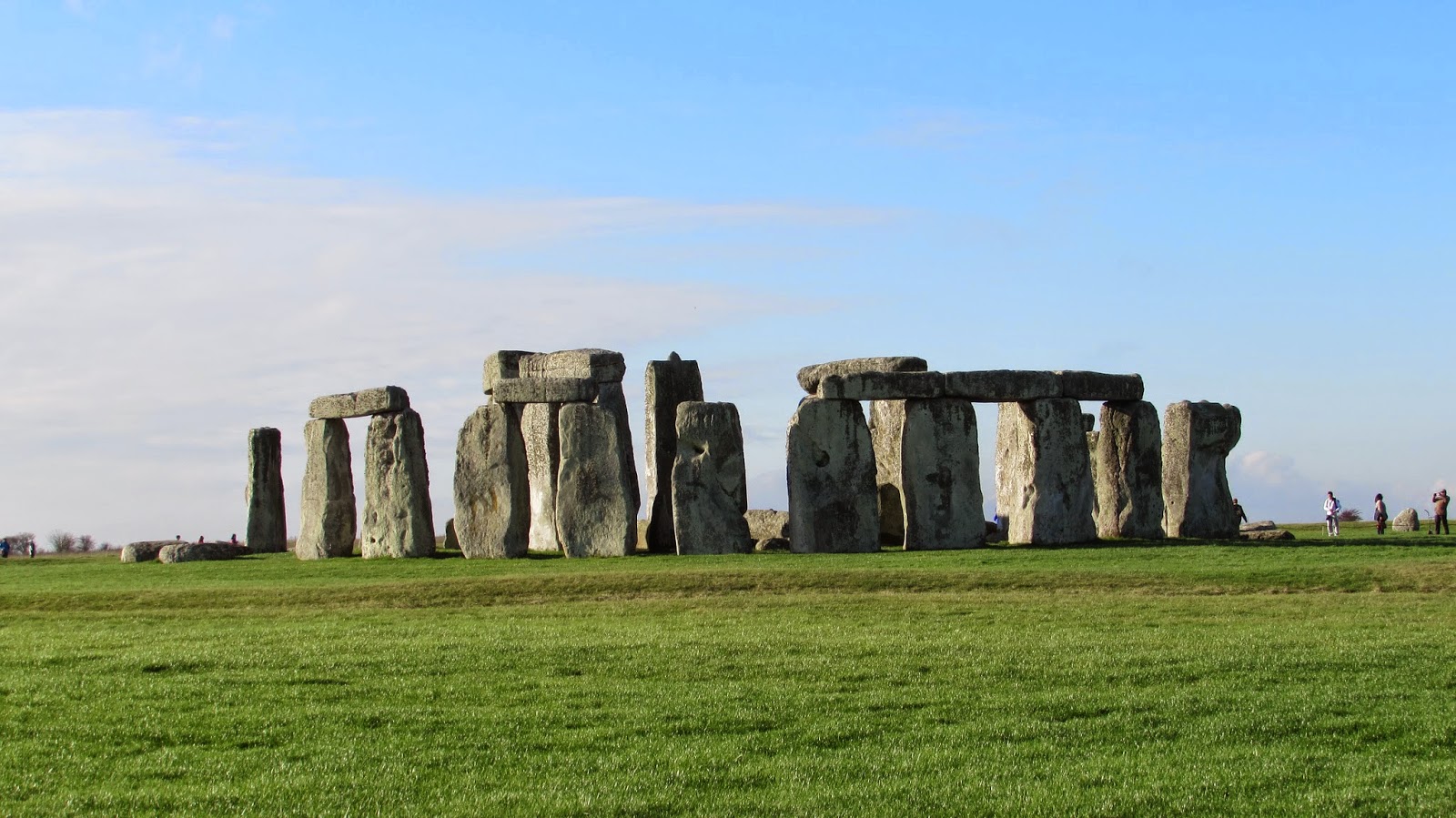 I asked a woman, who didn't speak English, if she would take my picture with the stones and she looked at me like I was asking if I could stab her and take all her money. I asked a few more people and finally got a taker. A bossy taker who didn't like where I was standing and had me move several times. 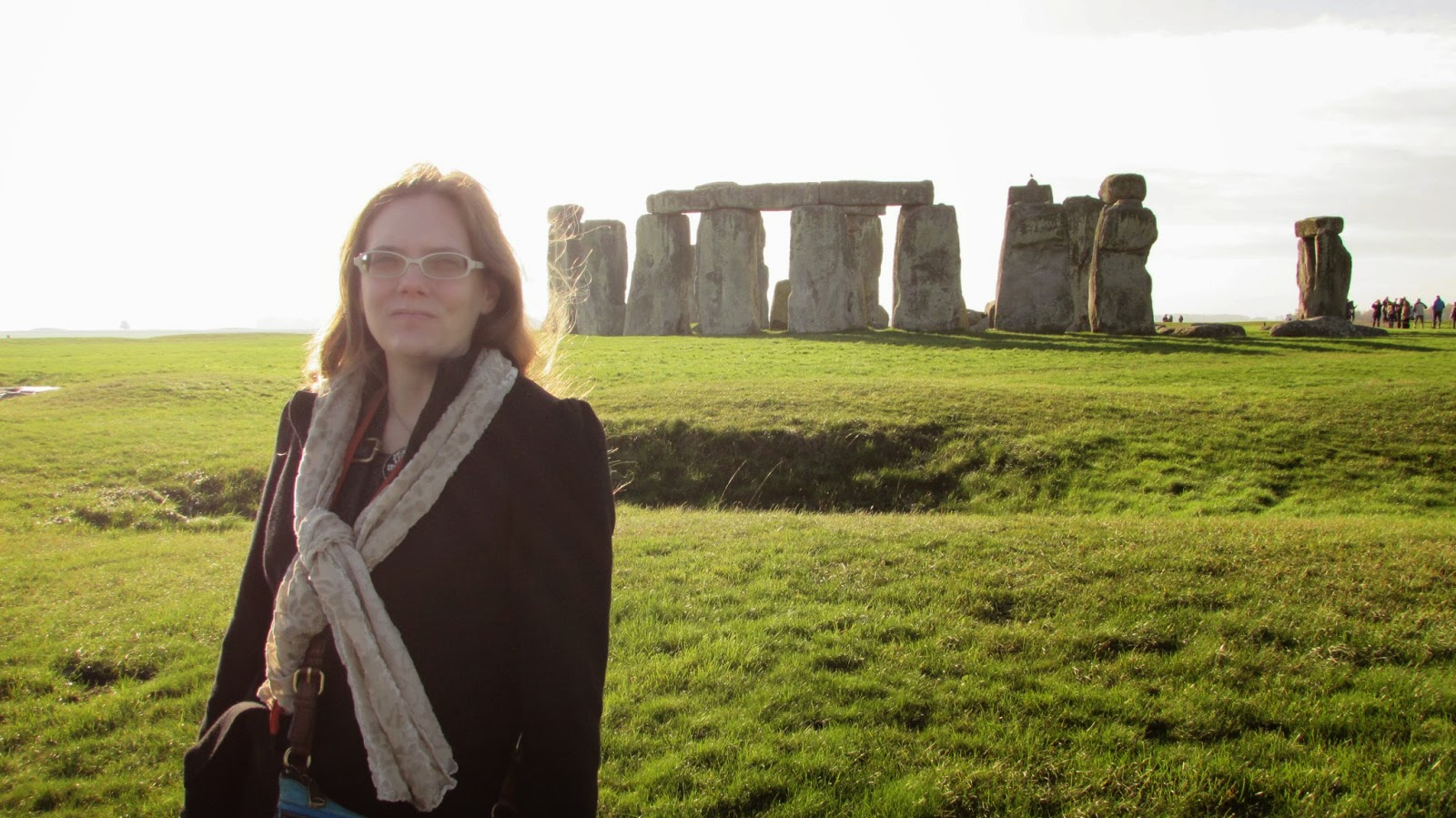 I got the shuttle back to the gift shop and took care of a lot of my Christmas shopping, even getting Christmas cards with Stonehenge on them. I had a little snack in the Stonehenge diner, then it was back on the bus for 2 hours, back to the city.  Chris polled the group about where we wanted to be let out, and we got out at Kensington, I think. Once again not far from Harrods. 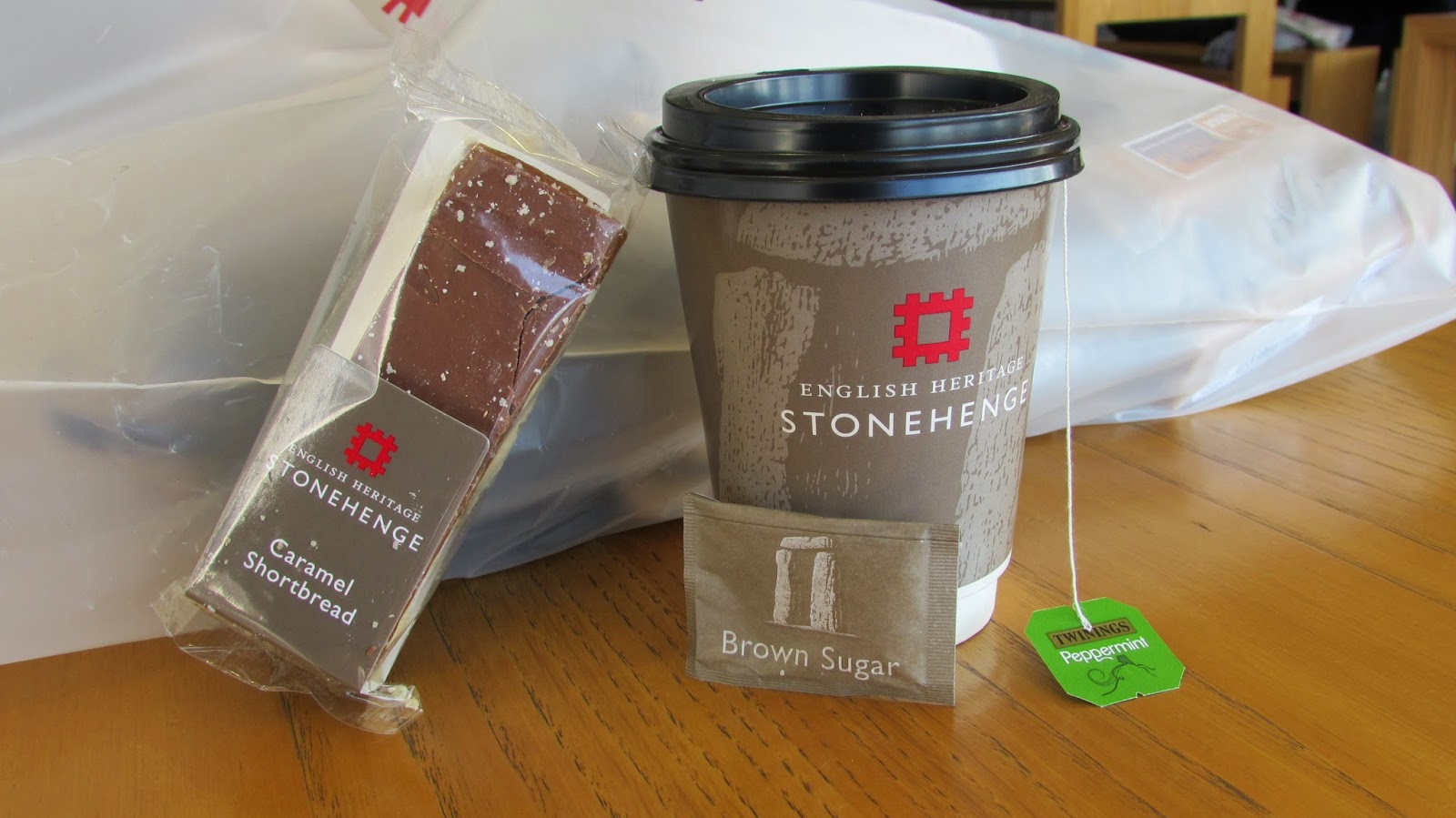 I went over to Harrods and this time went in and did the whole business. I ate at a tea shop upstairs - an open faced cheese sandwich. The tea I ordered, they were out of. I had to settle for a rose tea, which was pretty and tasted fine. I ordered a dessert to take back to the hotel for diner, but the waitress, who I would guess was Greek, told me it was better if I went downstairs and ordered it there. They were all marked up in price by 1£ for being served to you in the restaurant. 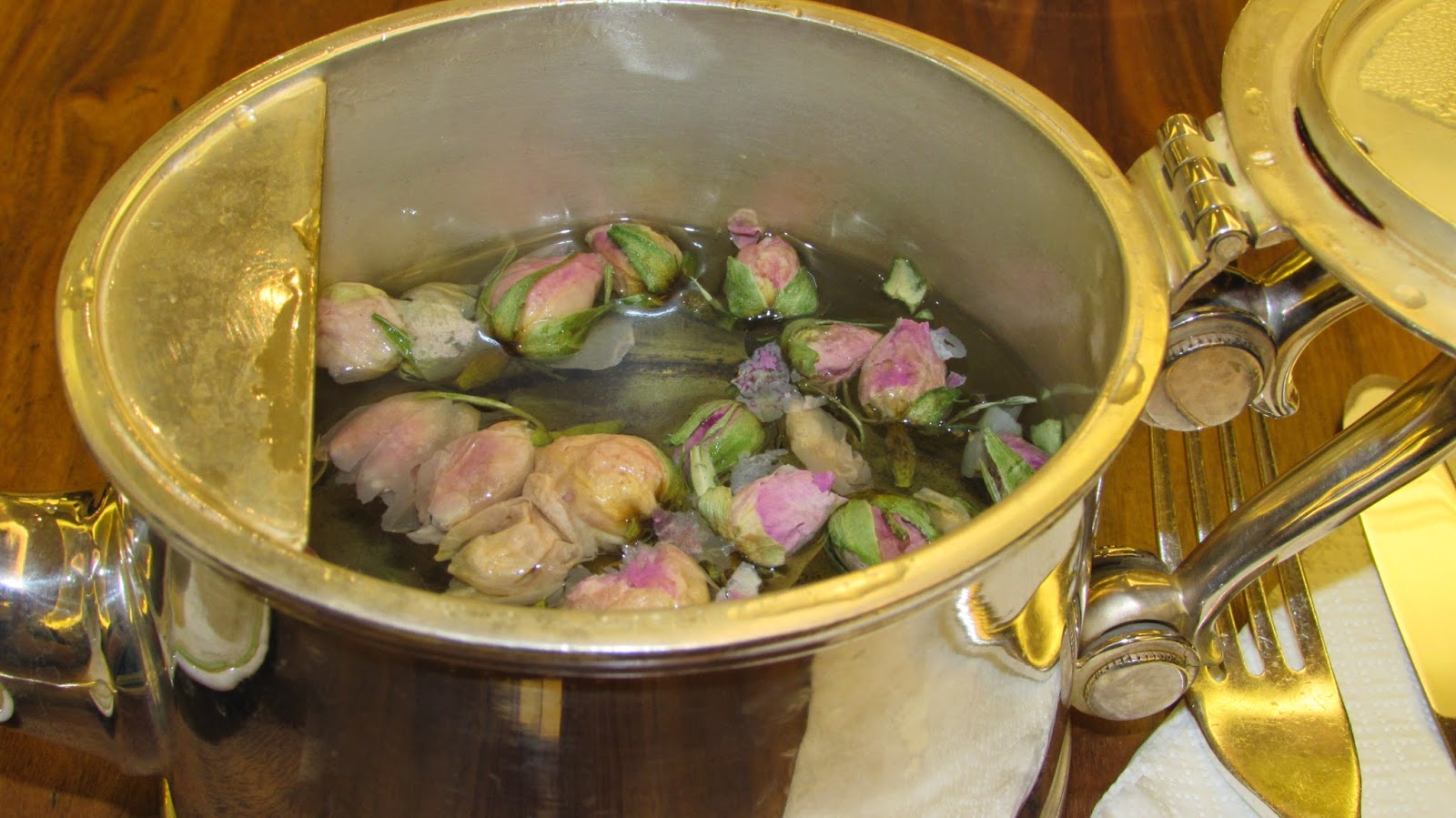 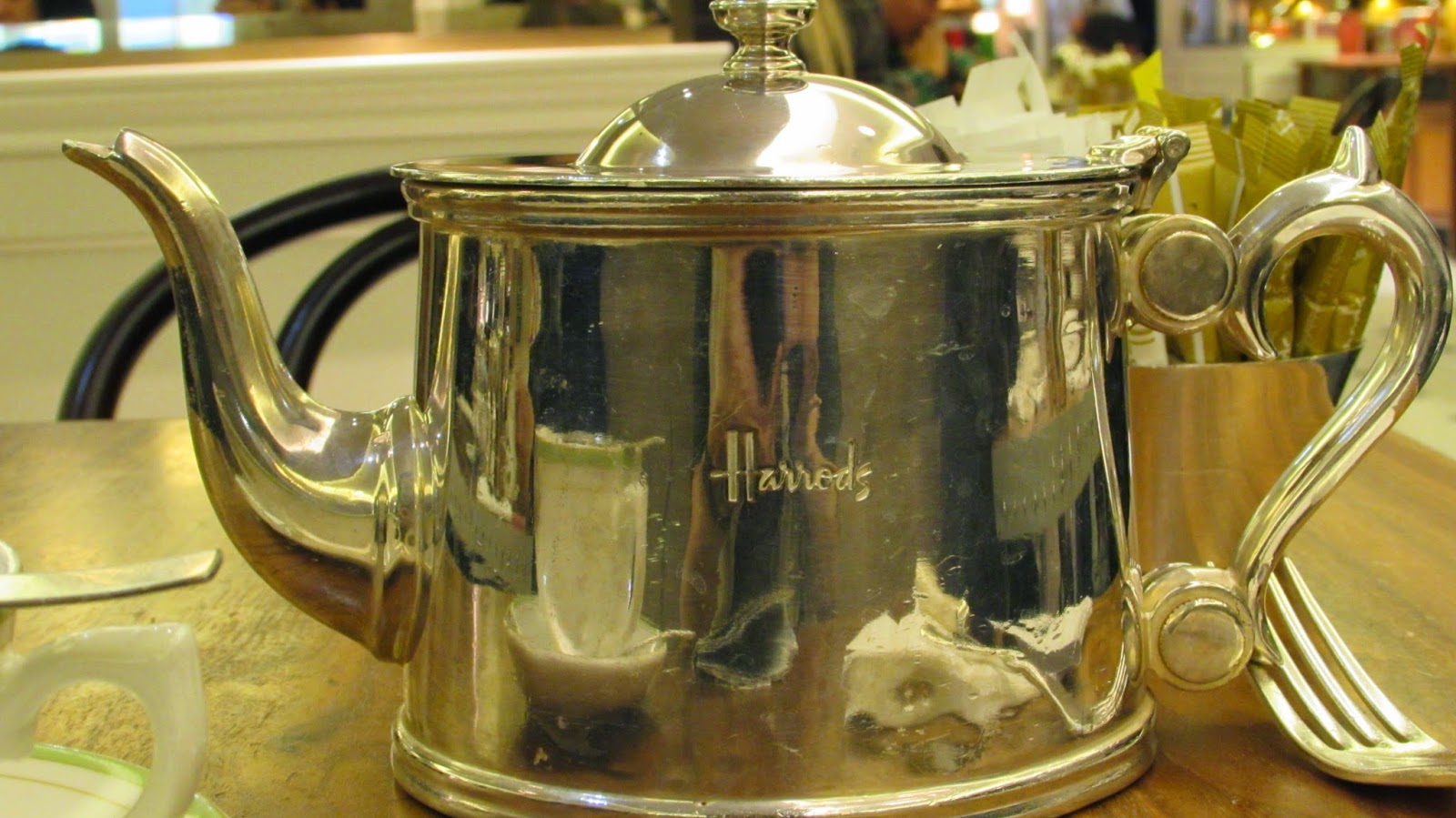 I went downstairs and the man working the pasty counter must be the happiest man in all of England. You could tell he absolutely loves his job. He gave me a map of the store and told me that no matter what, before I left, I had to go up to "shoe heaven." I didn't really feel like it, but I went up there and I have to say this is where maybe I differ from a lot of women. I do like shoes, don't get me wrong, but I didn't find a whole floor devoted to shoes to be very interesting, especially since I wasn't looking to buy any shoes. 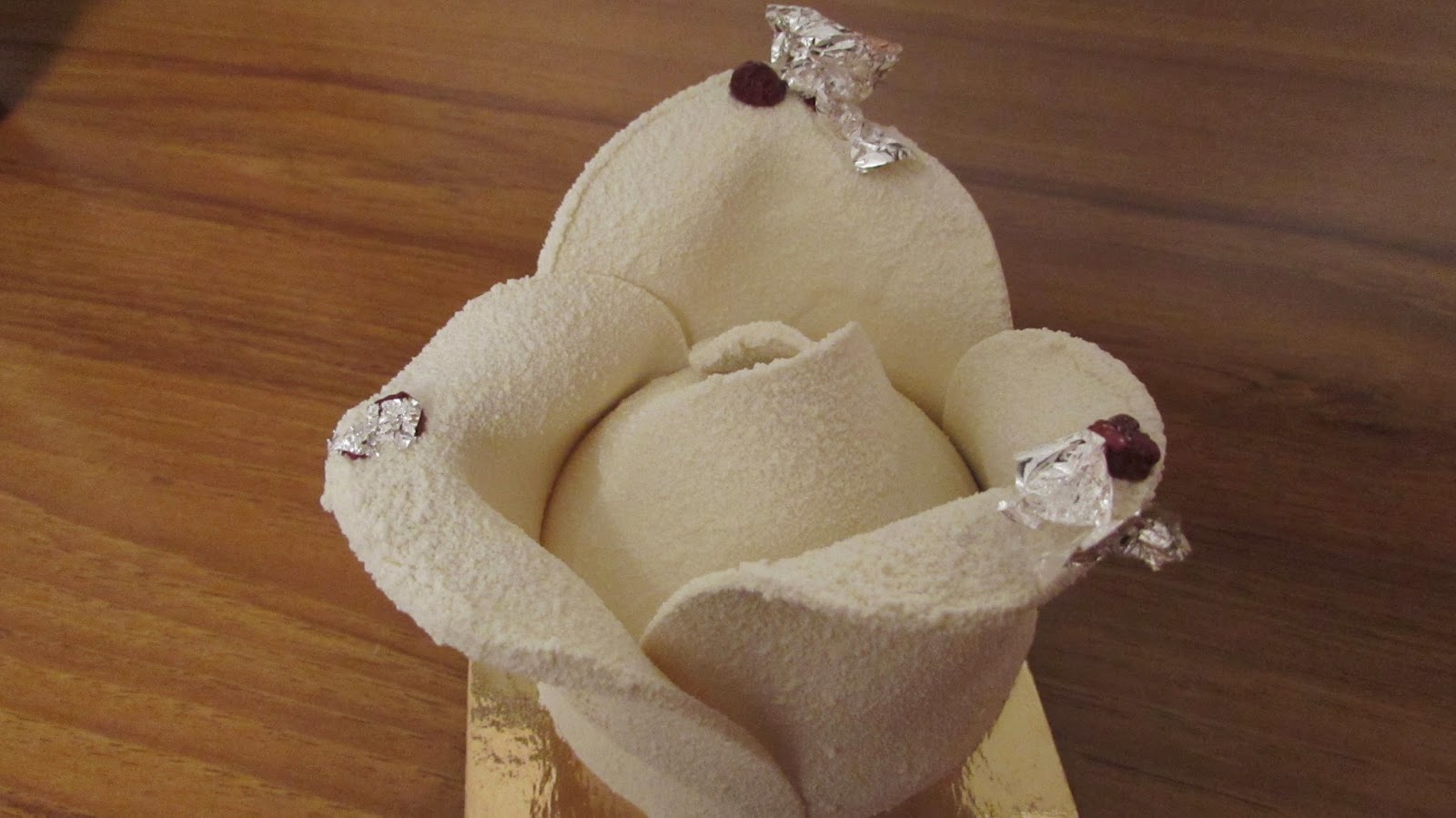 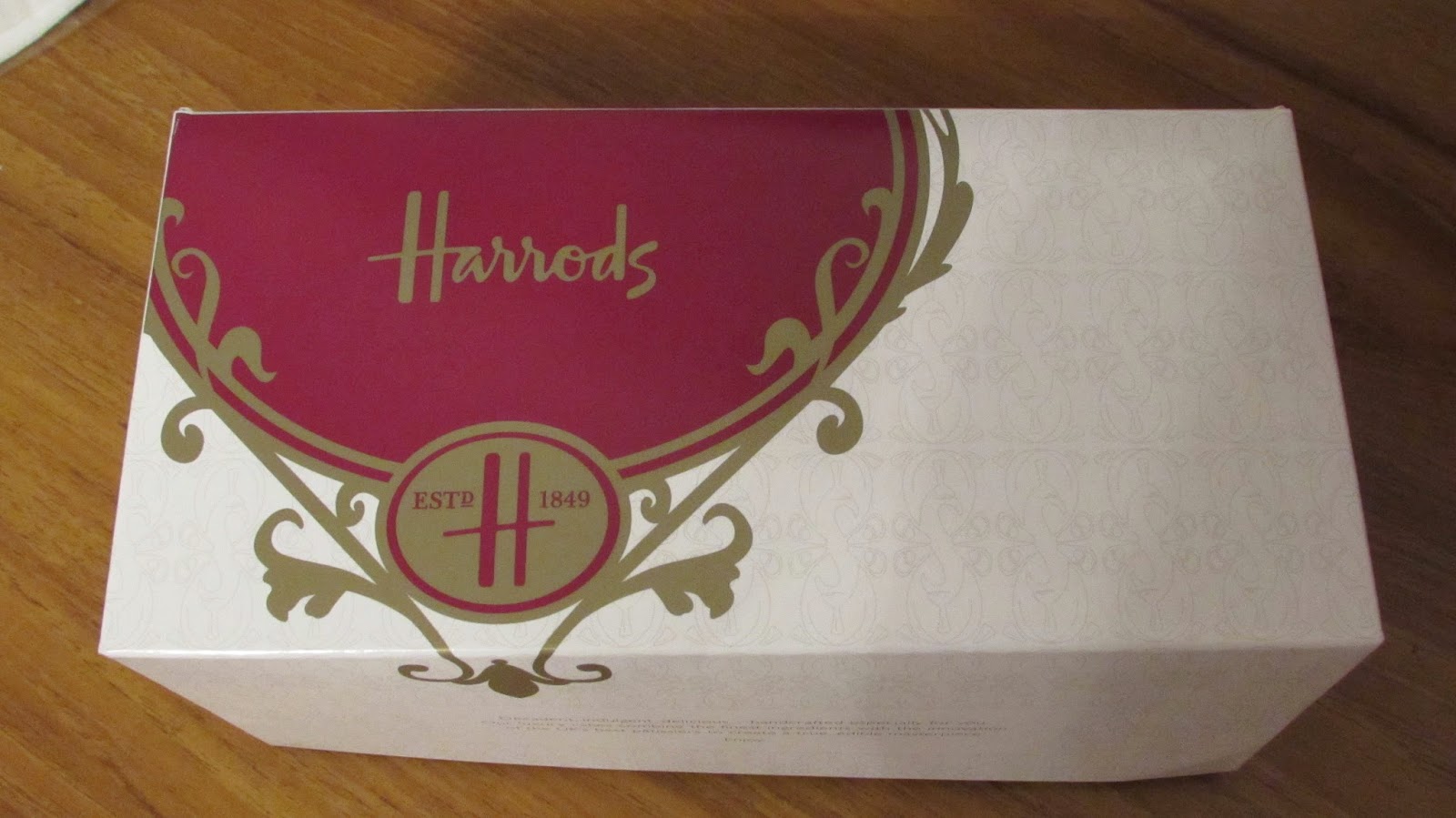 It was dark again, and I had to decide if I wanted to buy a ticket for the underground or walk back to my hotel. I decided that since I just had to cut up through Hyde Park, nearly perfectly north, that I would walk through the park. Unfortunately, the park is poorly lit. There was a carnival being set up, but it wasn't opening until right after I was scheduled to leave London. 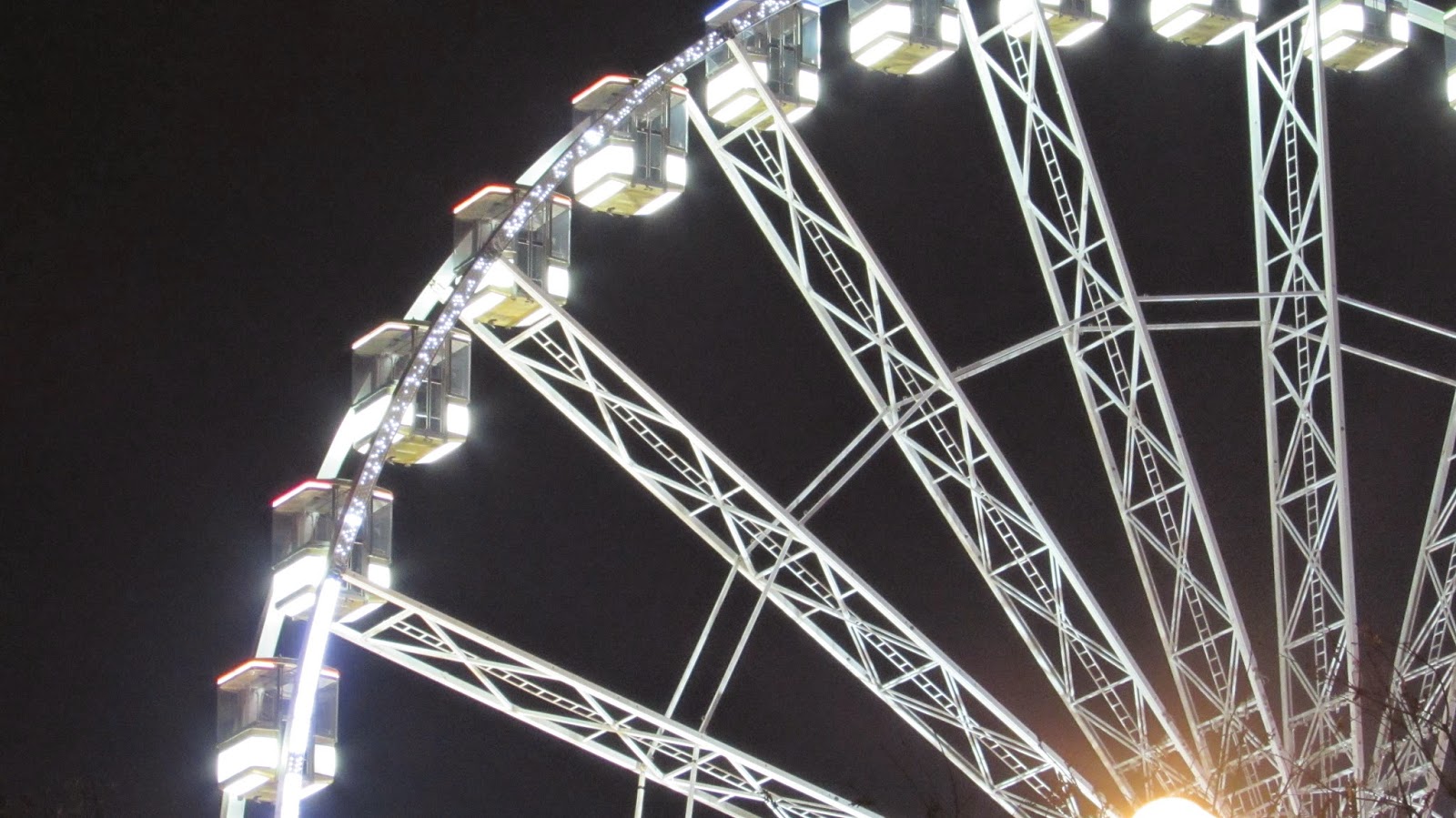 It was hard to see my map in the dark, and I must have taken a wrong turn somewhere because I didn't make it directly north in the park. 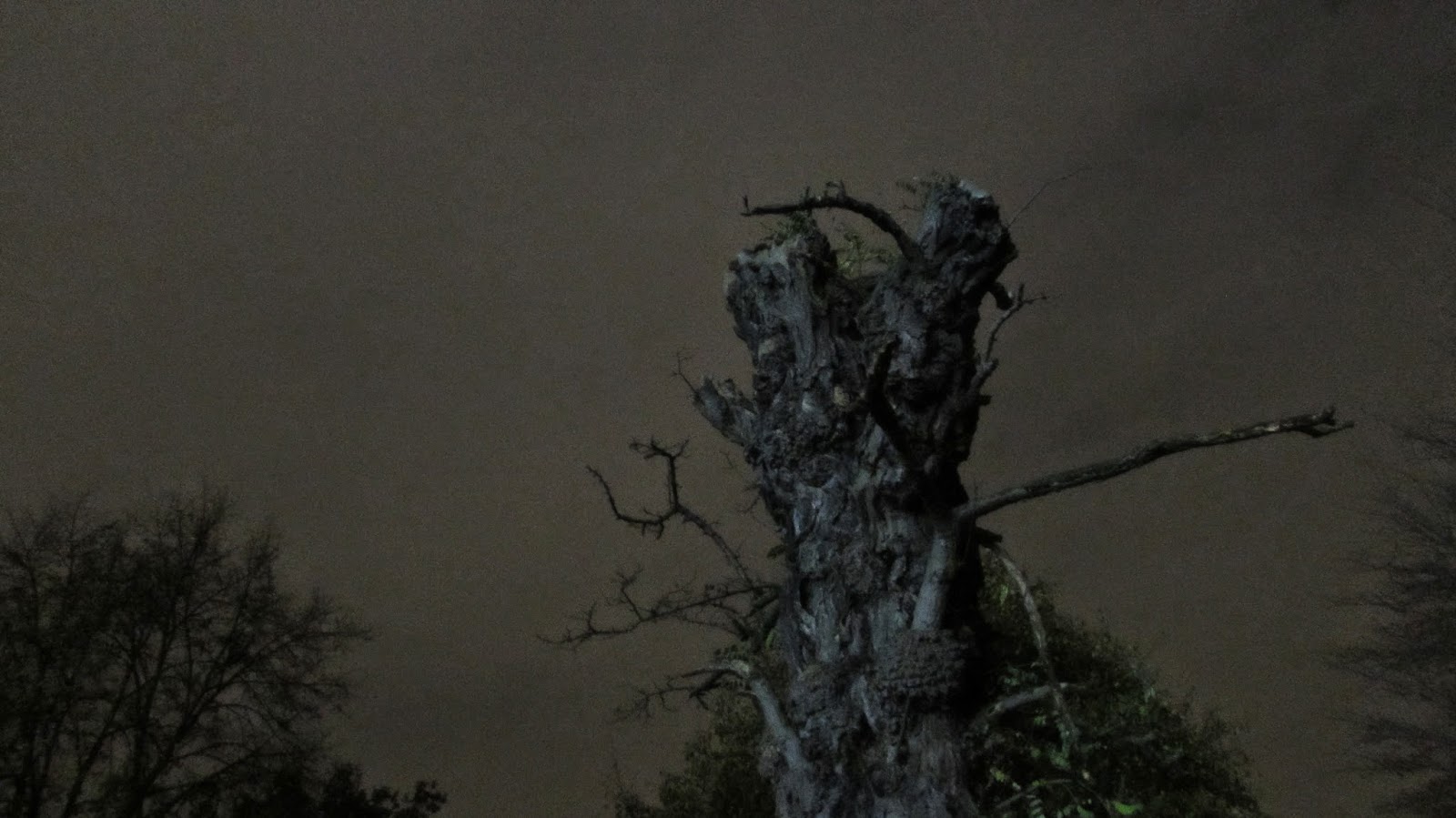 I made it more northeast, and had a very long walk down the road to my hotel. And as another example of why it is so easy to get lost in London, the street signs had different names for the streets I was on, depending on how far west I got. I wasn't even sure at first I was on the right street. I asked someone and she told me I was and that I was going the right direction. 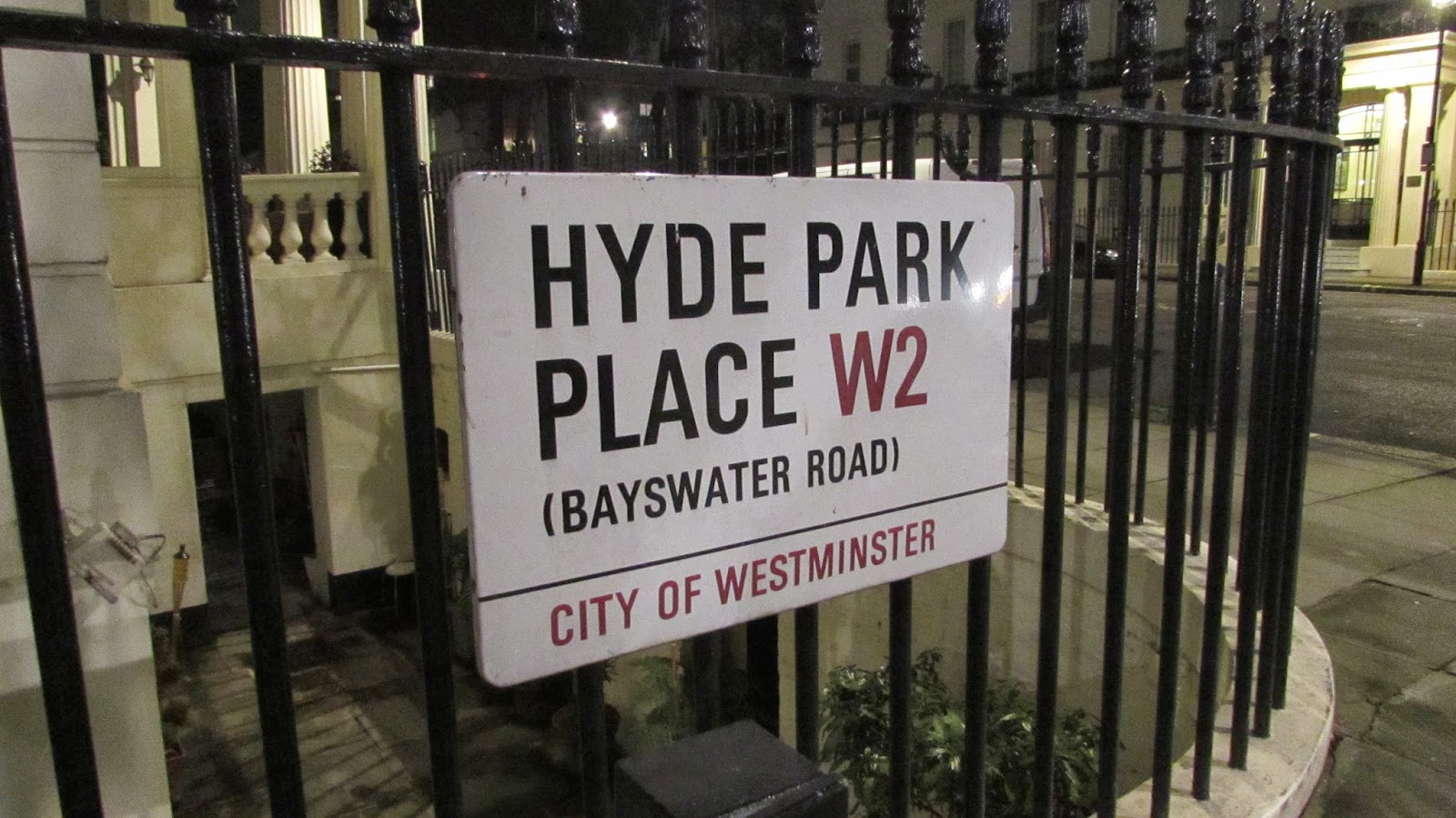 After walking for ages, loaded down with shopping bags from Stonehenge and Harrods, I finally made it back to the hotel. Dinner was my pastry from Harrods and a cup of chamomile tea.

I had a hot bath and watched TV while packing my suitcases. I finally had to expand the zipper on the case, but I was able to get everything in. 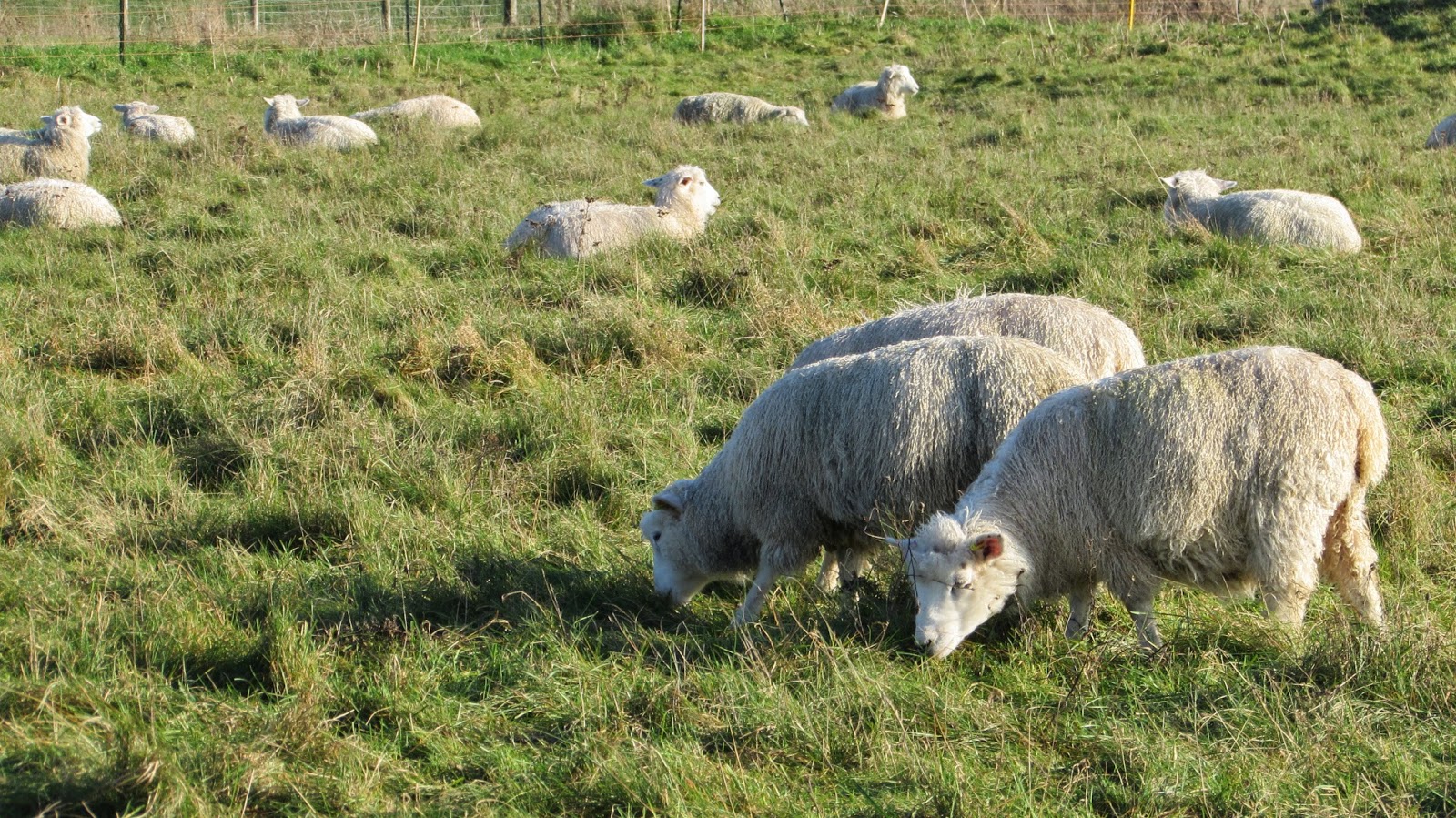 These guys live in the field right beside Stonehenge.

Posted by Camille Sharon at 7:17 PM