I was picked up at 8:50 AM by Sebastian, our driver for the day. We stopped and picked up Sandy and Jeff, a couple from Australia, and Andrea, a woman from California who teaches at the international school in Zurich. At least I wouldn't have to worry about what part of the tour I was missing because it was in Russian. It was a very rainy day, to put it mildly, and Sebastian started out in an obviously bad mood. I sat in the front seat, near Sebastian, and had to hold my seatbelt most of the trip because seatbelts are the law in France, and mine was broken. 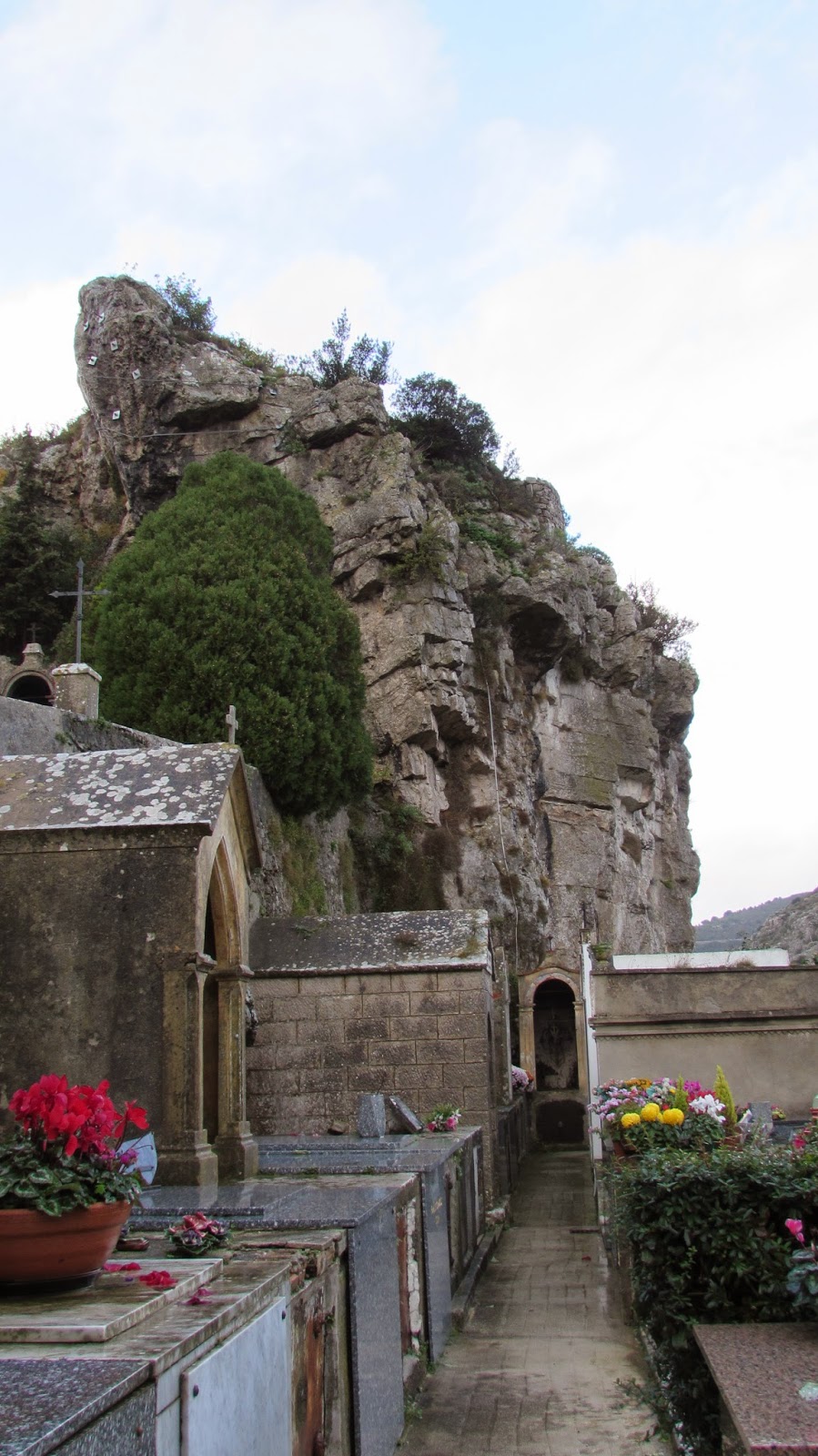 We were driven through Villefranche to Eze, another medieval village. There was nothing open in the actual medieval part of the city, so our little group walked around a bit and then Jeff treated us to coffee and tea.

From the village we went to...the Fragonard perfume factory! Sharif had assured our tour that the factory in Grasse was the best one, but he was lying to us. (I still think I hate him a little.) The factory in Eze was larger, and I once again dug out my credit card and bought something. 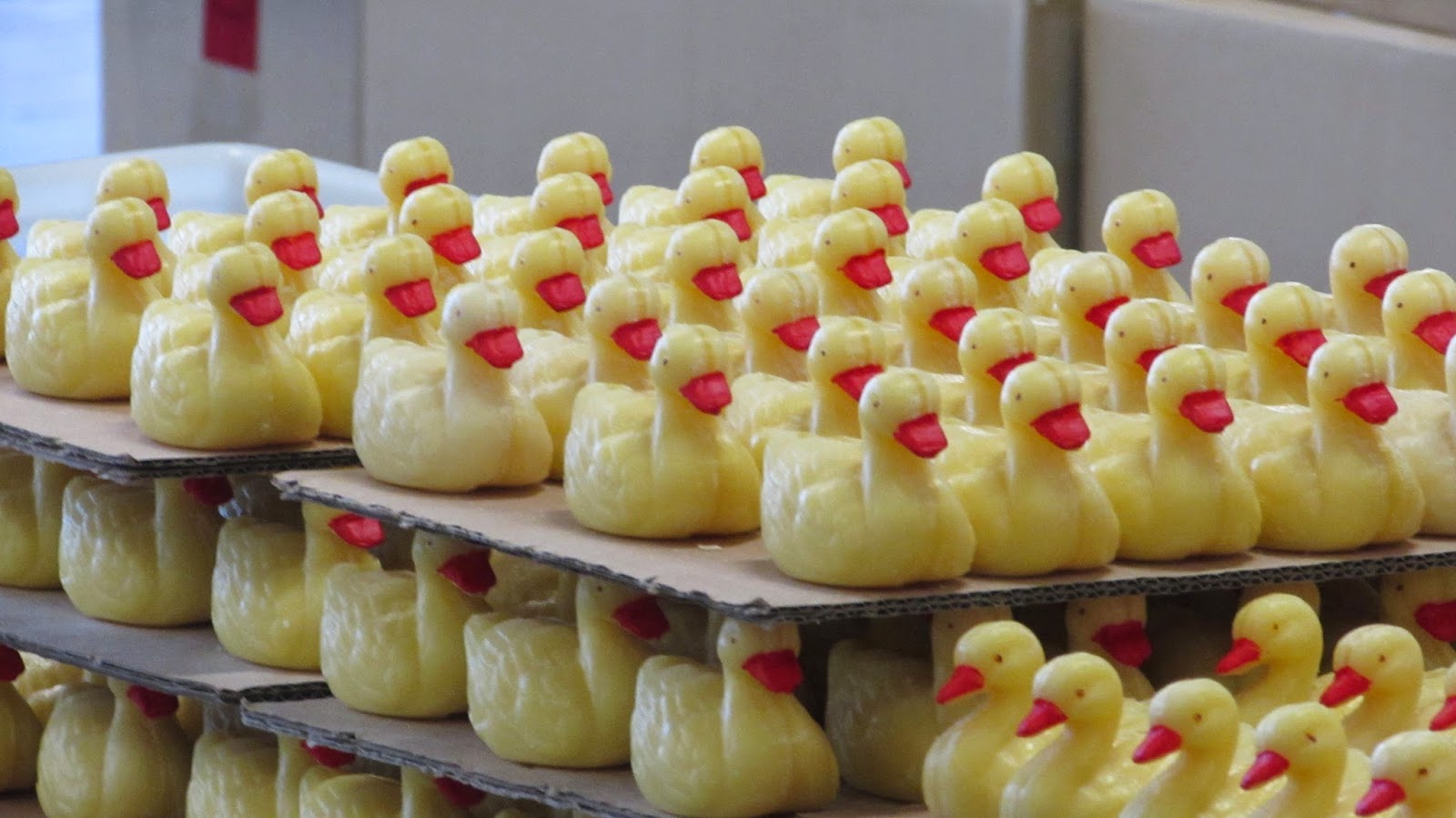 From Eze we went to Monaco. Sebastian informed me that if I wanted the full-day tour, he would pull over in Monte Carlo and let me out of his van. Alone. On the side of the road. In the rain. With no idea what to do or when another van might come by to pick me up. No cell phone. If I decided on the half-day tour, I would continue with him, but the company was not going to return any of my money. So the next time you are in France, book with Med Tours or Startours! They love to take your money and not give you what you've paid for. Sebastian also thought the afternoon tour, which would theoretically pick me up, might be canceled because of the weather. I did not get out of the van. 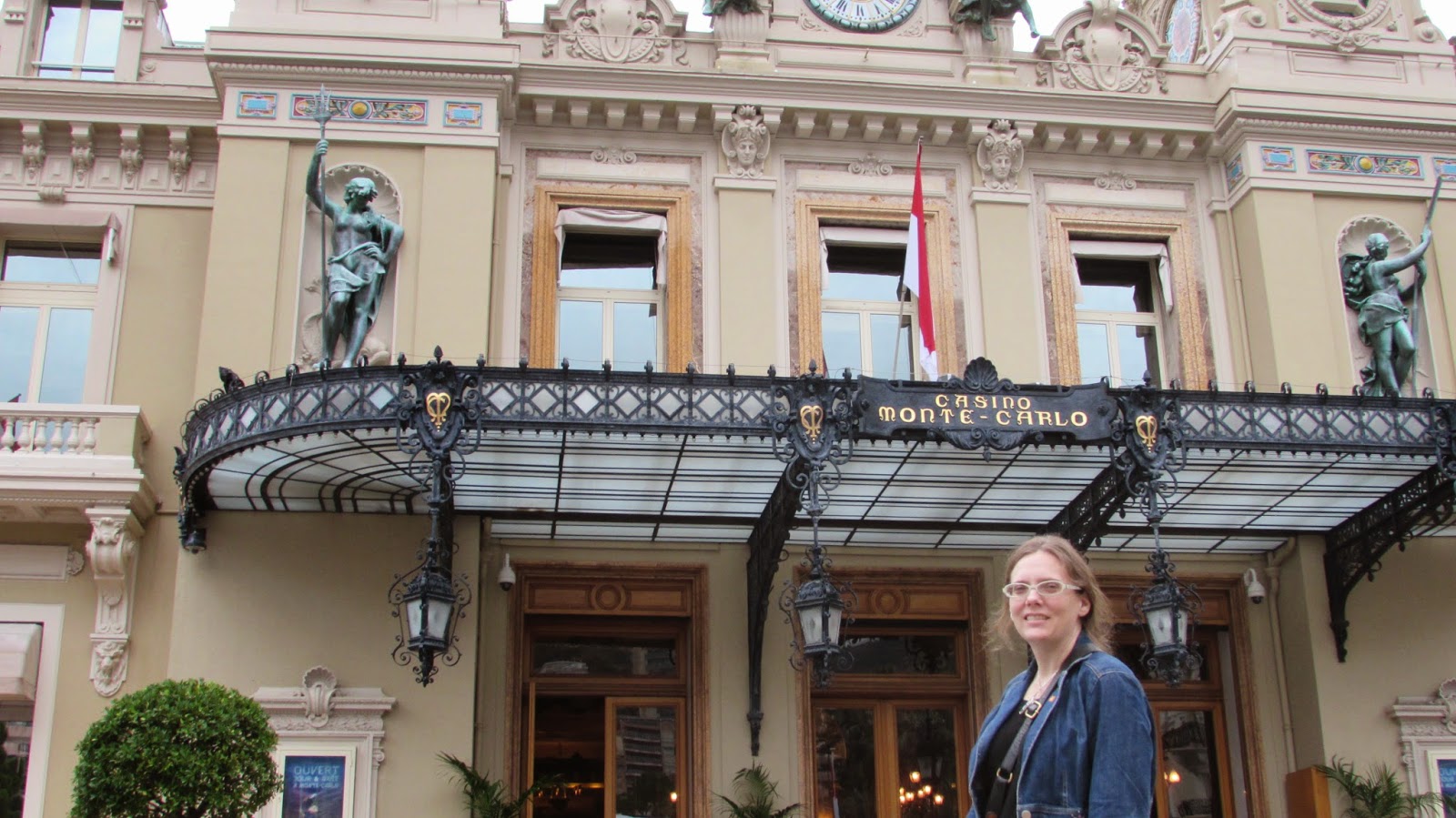 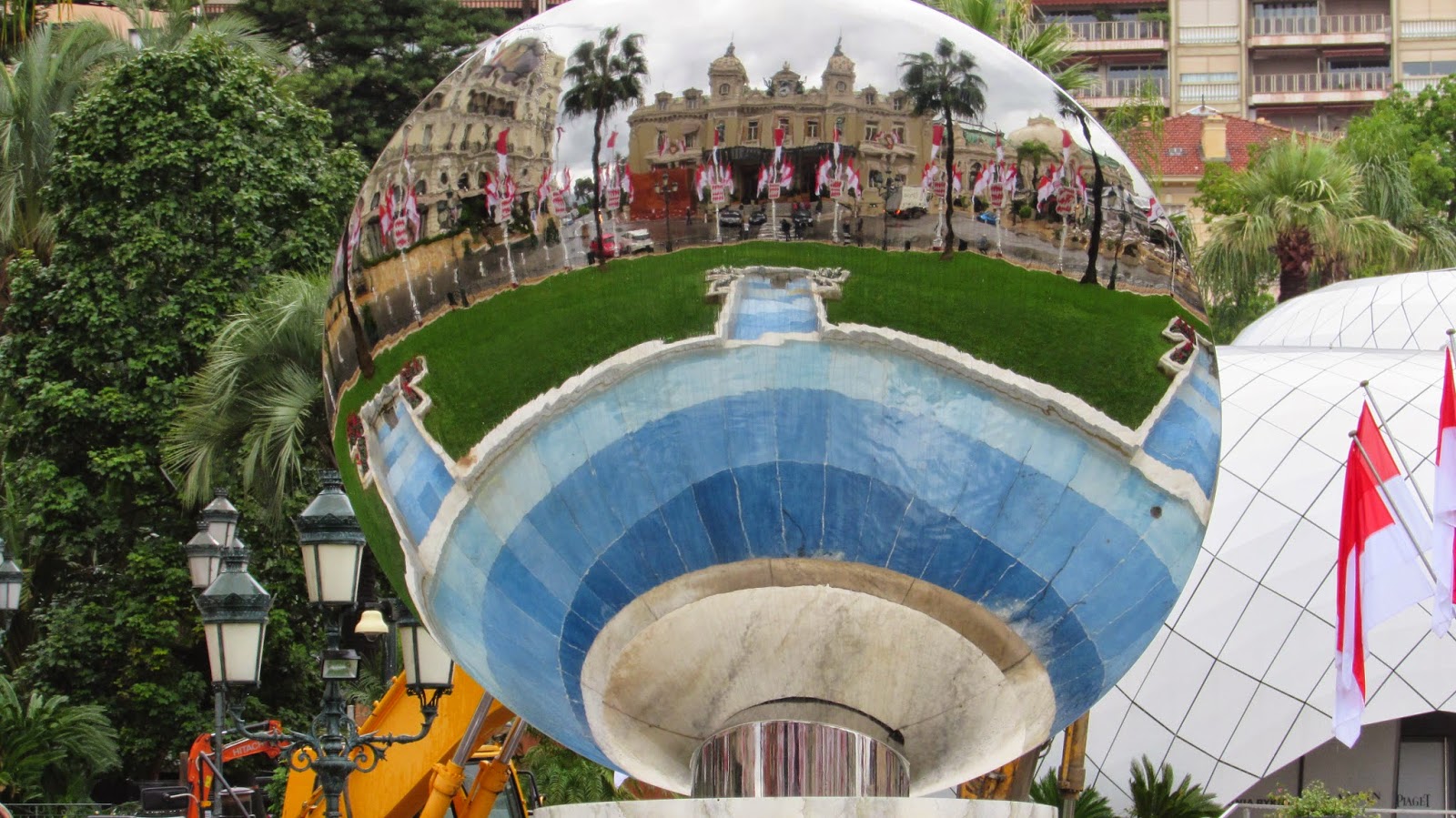 We stopped in front of the casino in Monaco and were let out to take some pictures. We were only allotted about 15 minutes, so not enough time to go inside and lose the 20€ I had planned to lose there. Sebastian returned early, and we were all glad to get back in the van, out of the rain.

The rest of the tour was just driving around. We drove the Formula 1 track through the city, went down to the waterfront, went through tunnels. The rain was so heavy that water was coming up onto the road at the port and a wave crashed and hit the full side of the van. We drove through huge rivers of water streaming down from the mountains, making its way to the sea. Sebastian also informed us that the sewage water from Nice was pumped out into the sea. So despite looking beautiful and deep blue, the water isn't that clean. Sebastian finally started to loosen up as we were returning to Nice. 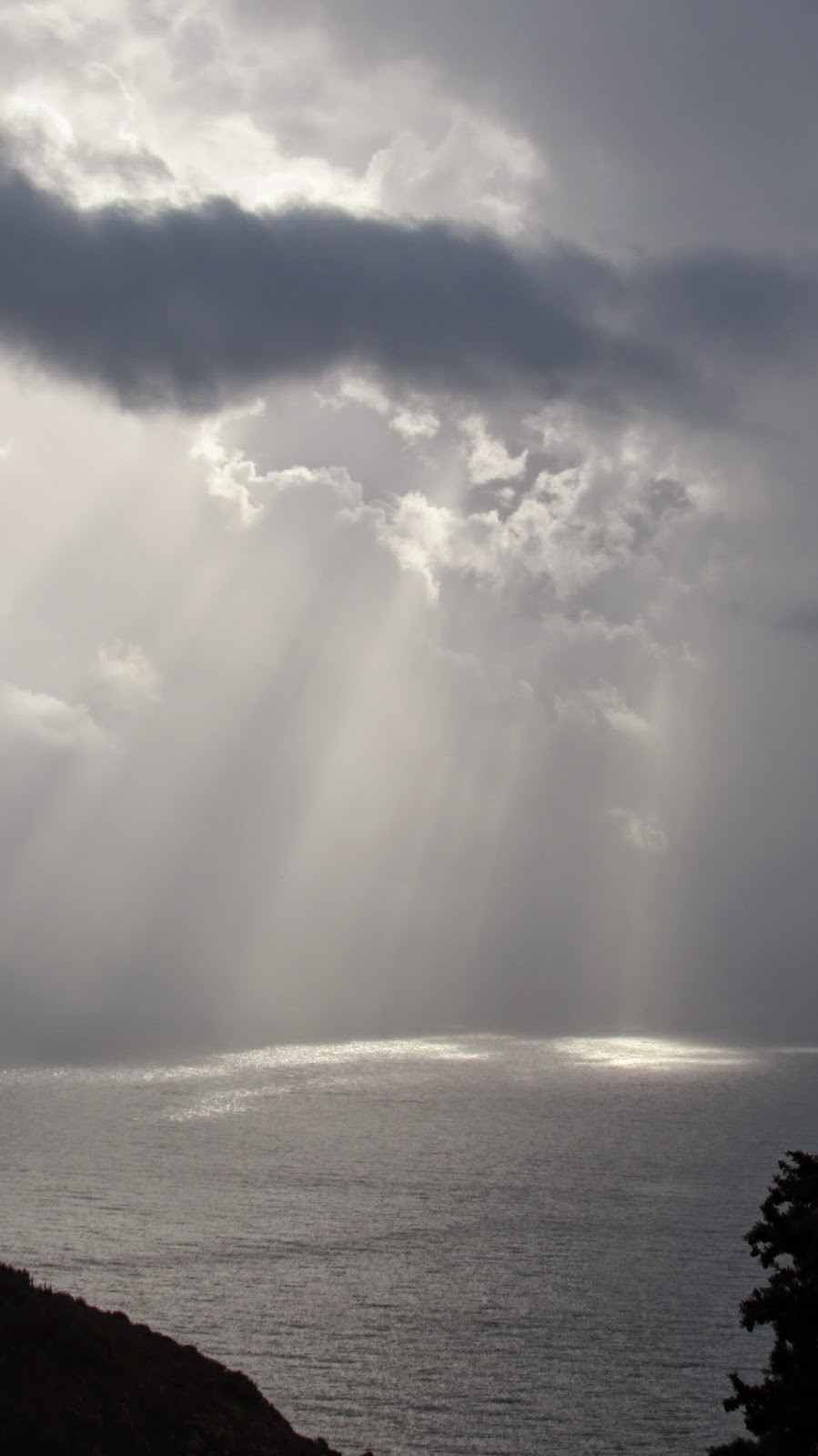 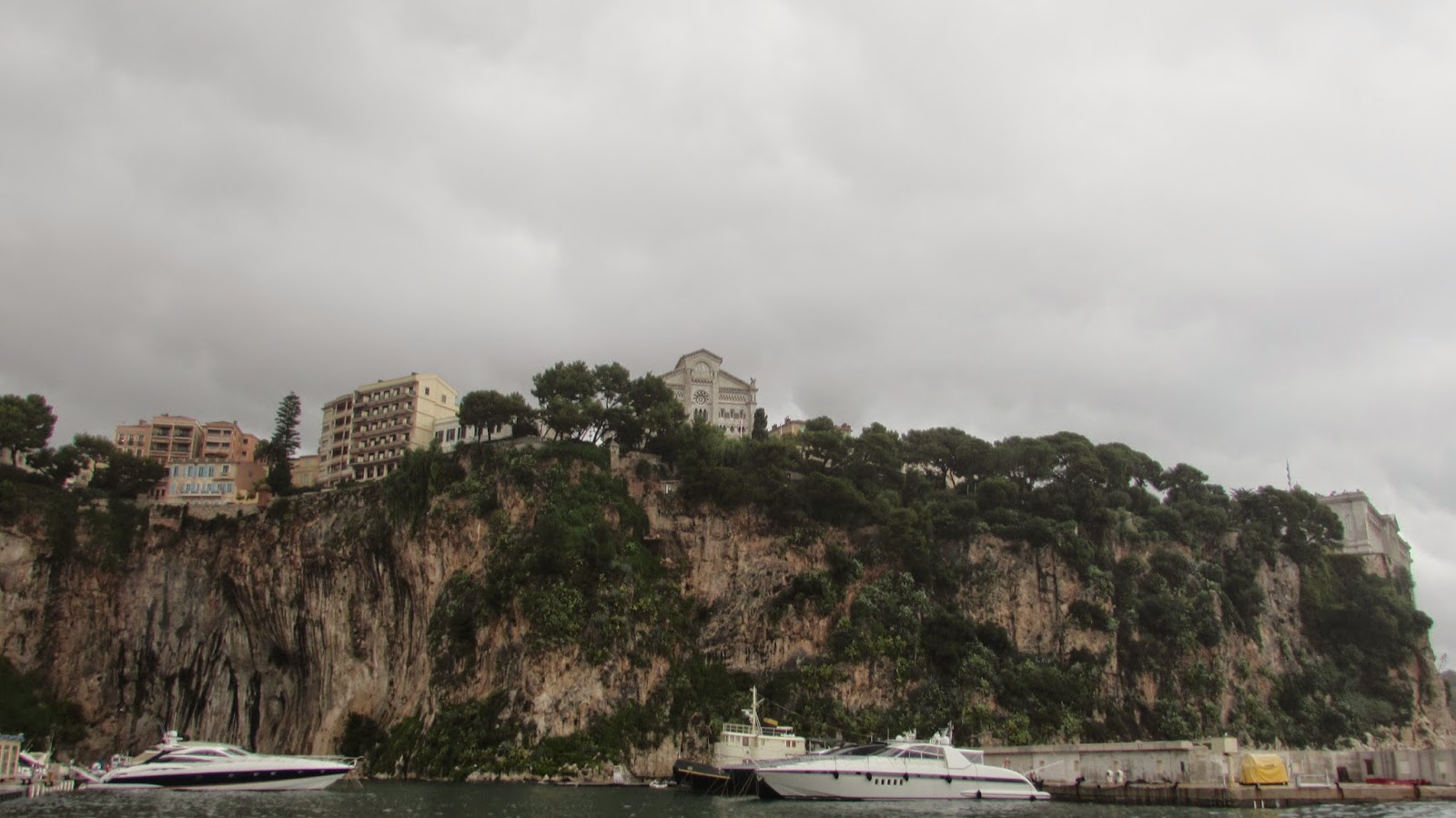 Sebastian offered to drop us back at our hotels, or anywhere else in Nice we wanted. We decided that the four of us would stick together a little longer so we had Sebastian drop us at Sarao, a restaurant he recommended. Luckily, it was good. We ate a leisurely lunch and the rain died down a little. The four of us walked down the Promenade des Anglais and went to a chocolate expo which was open for the weekend in a tent near the water. Free samples of chocolate and cookies made up my dessert. 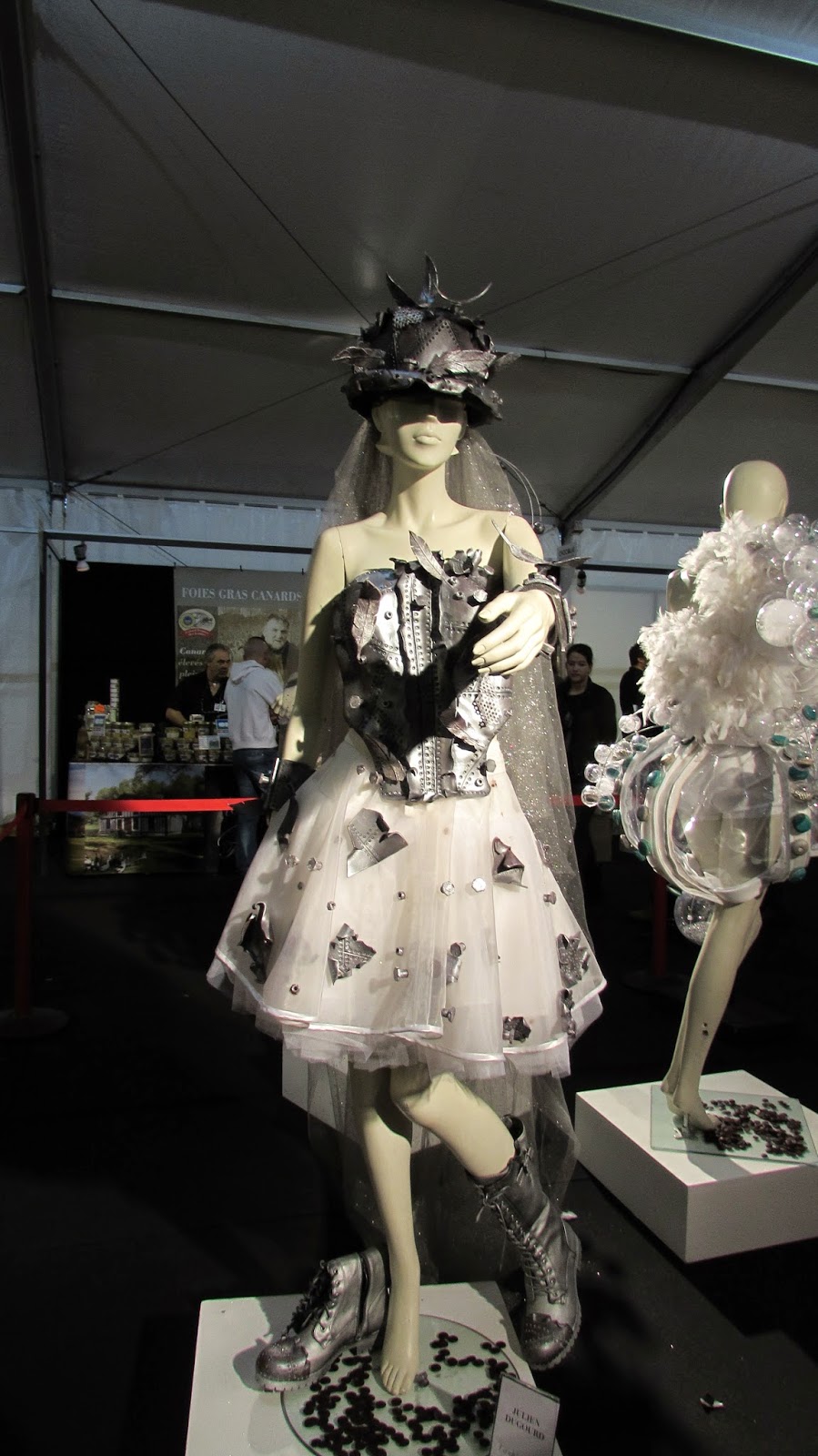 Sandy had scheduled a massage for the afternoon, so we said goodbye to Sandy and Jeff at the chocolate expo and Andrea and I walked down the shore back toward out hotels. After a brief rest in the hotel room, I met up with Andrea again and we went to a casino near her hotel - I had 20€ I didn't spend in Monte Carlo burning a hole in my pocket. We both had bad luck and left with just some change, which we didn't even bother to cash out. We split a pizza for dinner, with chamomile tea, and headed back to our respective rooms.

Packing took about an hour, but I managed to fit everything in the suitcase without having to resort to unzipping the expanding section...yet. I showered and went to sleep, setting the alarm for my early trip to the airport.
Posted by Camille Sharon at 7:48 PM