Many of the things I enjoy in life require that I learn these conversions, although I haven’t. Instead, I look them up whenever I need to figure out if something is a good deal or a bad deal. In solids, I use ounces and grams when buying my jewelry supplies. Silver is measured this way when bought wholesale. It would be unusual for, say, Tiffany’s to list the price of a bracelet per gram. They price things as things, including not only the cost of supplies but also labor, design, research and development, advertising, office overhead and CEO bonuses, amongst other things. But if you take that same item to a pawn shop, you might be surprised when they pull out a scale and base the price on the weight of the metal. Although if you took in Tiffany jewelry, you would be surprised because they wouldn’t do this. JTV jewelry would probably be priced based on the scale. I think we all know that the cachet of something being from Tiffany’s means it will cost more than the sum of its parts.

More expensive perfumes aren’t necessarily seeing the cost translated entirely in the juice (the perfume oils in the alcohol liquid). The higher-end fragrances I have tried also spend a fair amount of money on the packaging. An expensive purse/travel spray ($60-$100) will be in a nice, sturdy case. A less expensive one ($30) will just be in a glass vial.

I took my most recent perfume acquisition, a 10 mil bottle of Tom Ford’s Lost Cherry, over to a friend to get her opinion of it today. At $75, that little bottle of perfume is priced at $225/ounce. Compare that to silver, at around $28/ounce as of writing, and gold, at just under $1900/ounce today. That bottle of perfume is on the high end of the cost of printer ink, but not outside the realm of possibility. 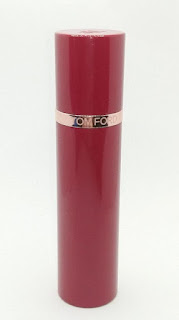 Although I’d like to pretend I’m find with spending $225/ounce for perfume, that is high for me. I might be able to justify buying something extravagant like that occasionally, but I have trouble getting past “what would my dad think” to really enjoy the expensive thing, whatever the expensive thing might be. Which is why I got on the waitlist for the $75 version. But that is still expensive enough that when the perfume arrived, on a Thursday afternoon, I debated if I should spray any on my arm or not. There was no one around to smell me. I was just a couple of hours away from my nightly shower. My cats probably wouldn’t care how good I smelled. But I sprayed it. Just one spray. 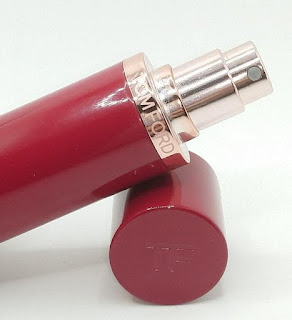 To me, the scent opens with cherry liquor, which quickly dries down to a blend of brimstone and cherries. You might be thinking that brimstone isn’t a great thing for a perfume to smell like, but when I say brimstone I mean the Sulphur/fire/wood combination which fills the air after a match is struck. A fire in the fireplace or on the beach, both of which tease the idea that roasted marshmallows are in the not-to-distant future. For me there is a specific memory of when my mom taught CCD and we needed to prepare for a craft where we were going to make crosses from wooden matchsticks. My mom didn’t want to light and douse hundreds of matches, so I got the job. She sat me down in the back yard with some safety supplies (probably an ashtray and some sand) and boxes of matches. Strick each one, blow it out and knock off any of the remaining bulb of Sulphur so the matchstick was smooth. Repeat.

From the few sprays I’ve allowed myself of Lost Cherry, this is the scent that lingers for me… Brimstone and cherries.

My friend, before I told her the name of the perfume, said “powdery.” After I said cherries, she could smell them. She liked it, but I don’t think she was as enamored with it as I am. 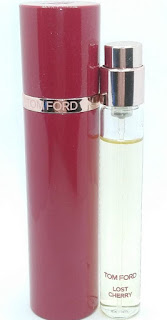 I will complain, though, that the atomizer unscrews on this spray. This might seem like a good thing, especially for people who want to make small samples of the scent to sell on eBay, but for me, this is a disaster waiting to happen. My life is the convergence of cats, clutter and occasional clumsiness, so an expensive perfume which could open and spill onto the floor is anxiety-inducing.

I have made this perfume purchase in June, but I think the perfume is better suited for autumn or winter. I’m not sure I’ll wait, though.

Posted by Camille Sharon at 8:20 PM