Here's the eulogy I gave at my mom's funeral (my sister helped me with the talking to get through it). She died on December 25, 2018. Yes, Christmas Day. Today, March 9, is her birthday.

Mom grew up on Minnesota Ave. in St. Louis, Missouri in the house her grandparents moved to after immigrating to the US. It was where her mother and aunts and uncles grew up, a five-room flat on the second story of a rickety old building, up the most dangerous staircases anyone would ever encounter. Five rooms, not five bedrooms. A kitchen, bathroom, living room- where Uncle Richard slept- a master bedroom and Mom’s bedroom. 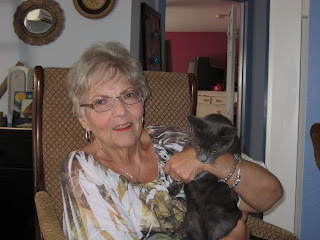 As a child in St. Louis, Mom met Judy Hutchinson, beginning a friendship which spanned seventy years. It is a common theme in Mom’s life that once you became her close friend, you were her friend for life. It was a priority to her to keep in contact with the people who were important to her.

Mom graduated high school at 16 and her father, Grandpa Rome, gave her a choice - she could either move out or start paying rent. Mom decided to pay rent and she got a job at the Federal Reserve. There, she met Rosemary Pechan, who would also become a lifelong friend to not only her, but also to her husband and children once we came into the picture.

After the Federal Reserve, Mom got a job working for a psychiatrist, Dr. Fink. When Dr. Fink moved his practice to New York City, Mom went with him. While living in New York, Mom came back to St. Louis to attend her cousin’s wedding where she met her cousin’s future bride’s brother, George. George was in the military and stationed near Washington, D.C., so they began a not-too-long-distance relationship which eventually led to their marriage. 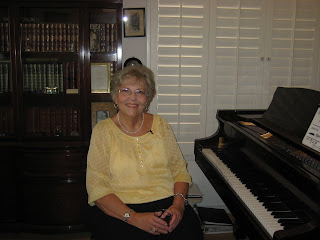 Dad moved to New York after he was discharged, where he taught school. But a job offer in San Antonio led them here. They moved to Esplanade where Mom met more friends she would have for the rest of her life -- Juanita Mena and the Bushnell family.

Mom was able to be a stay-at-home mom for the first thirteen years or so of my life. I remember her spending time in the kitchen on her arts and crafts. She went through a ceramics phase, getting a kiln in the garage. She also did tole painting, macramé, wreath-making and other crafts. She enrolled us in dance and music lessons starting at the age of four. 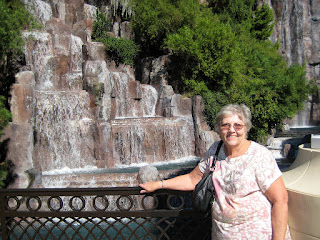 I remember hating ballet lessons so much, primarily because I had to wear tights. I would run and hide and Mom would have to chase me, holding me down and forcing the tights only my legs. I don’t think I ever managed to make us late for the classes, though, despite my best efforts.

Because of her own limited options growing up, she made it a priority that her daughters would not have the same limitations. College was mandatory, but she left it up to us what we wanted to study. 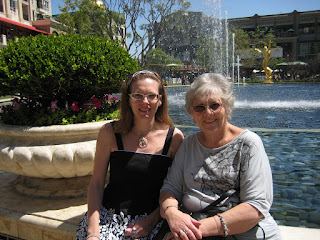 At the age of eight, after I saw the Muppet Movie, I told Mom I was moving to California to work in the movie industry. She never questioned that that was my future. It was up to me what I wanted to do with my life, and whatever support I needed, she would provide.

I think it was while I was in middle school that Mom had to go back to work to help prepare for the upcoming college tuitions. She started working at Frost Bank, downtown. She loved the job and made more lifelong friends there, like Cynthia Zunker. She also would eventually reach out to a mother of one of my friends, Mrs. Limaye, and build a friendship which proved invaluable. 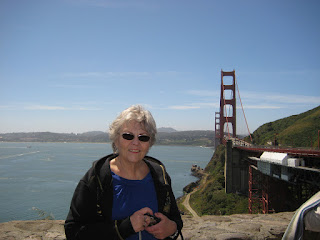 She continued to work until she was eligible for retirement, but at several different banks, continuing the career path started at the Federal Reserve in St. Louis. Once her girls were out of college and established in their new, adopted cities, Mom and Dad started cruising regularly.

They have taken a few memorable cruises, including a trip to Egypt where the ship nearly capsized and a trip to the Caribbean where two people fell overboard and were successfully rescued. Despite these upsetting events, she wouldn’t dream of not traveling and cruising. She even took the same Egypt cruise a second time because the events of the first trip prevented making it all the way to Egypt. 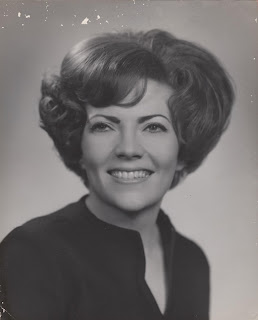 On one of the Egypt cruises, Mom met Vicki Tempongko who she would add to her arsenal of friends, visiting her each time she came to California.

After Dad died, Mom slowed down her traveling. She took up quilting and filled her days at the kitchen table, cutting up fabric and stitching it back together.

No matter how many people get up to share their stories here today, or who share their stories more intimately at the reception afterward, we know there will be a common thread. Mom was loving, kind and generous. She took on the role of mother for many of our friends and everyone in this room has had their lives improved for knowing her. 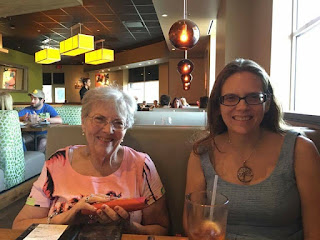