Before my morning tour, I went to the same little coffee shop I had eaten at the morning before and got a pain au chocolat and a hot tea. I think I am in love with pain au chocolat. The only place I've seen it around where I live is at Starbucks, and I'm not convinced it will be as absolutely amazing as it is in France.

The tour was picking me up in the lobby of my hotel, so I sat there and had my little breakfast while I waited.

The tour guide, Sharif, spoke English and Russian on our tour, which was all women. Six of us. There were two Russians and three family members from Jakarta and me. We got in the little bus, which Sharif drove, and headed to our first stop in Antibes. Unfortunately, it seemed like Sharif really likes to speak Russian, since he spent much of the time chit-chatting with the two Russian woman and ignoring us English speakers until it was time for his memorized tour material. 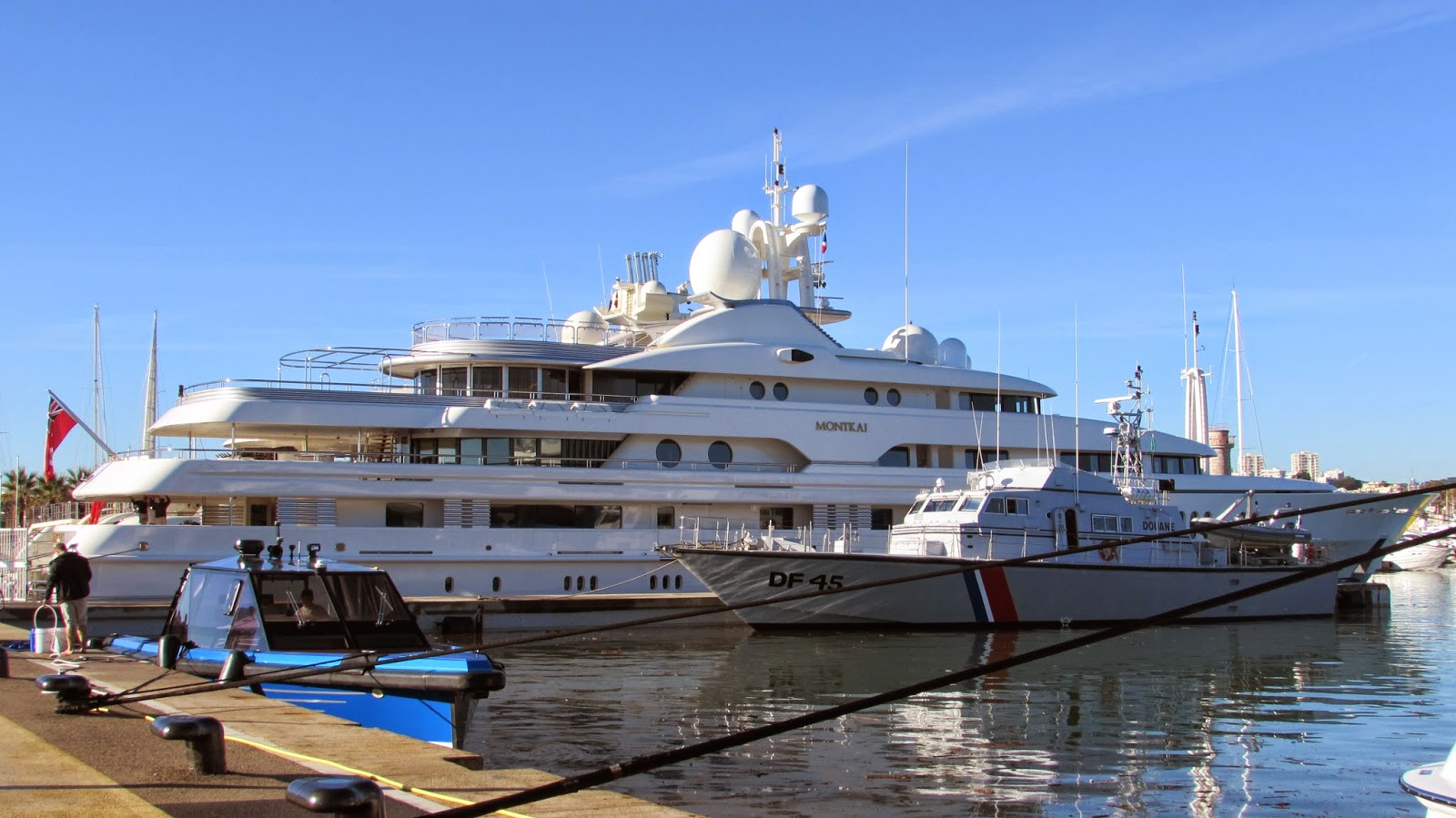 Am I the only one who doesn't think it is thrilling to look at yachts? That was our big stop in Antibes. Not the Picasso museum (although I really don't like Picasso) or the city, just the port. After a 20 minute walk around, we got back in the bus and Sharif drove up through ritzy neighborhoods on our way to Cannes.

In Cannes, we stopped in front of the theater where they have the film festival and had another 20 minutes or so to walk around. 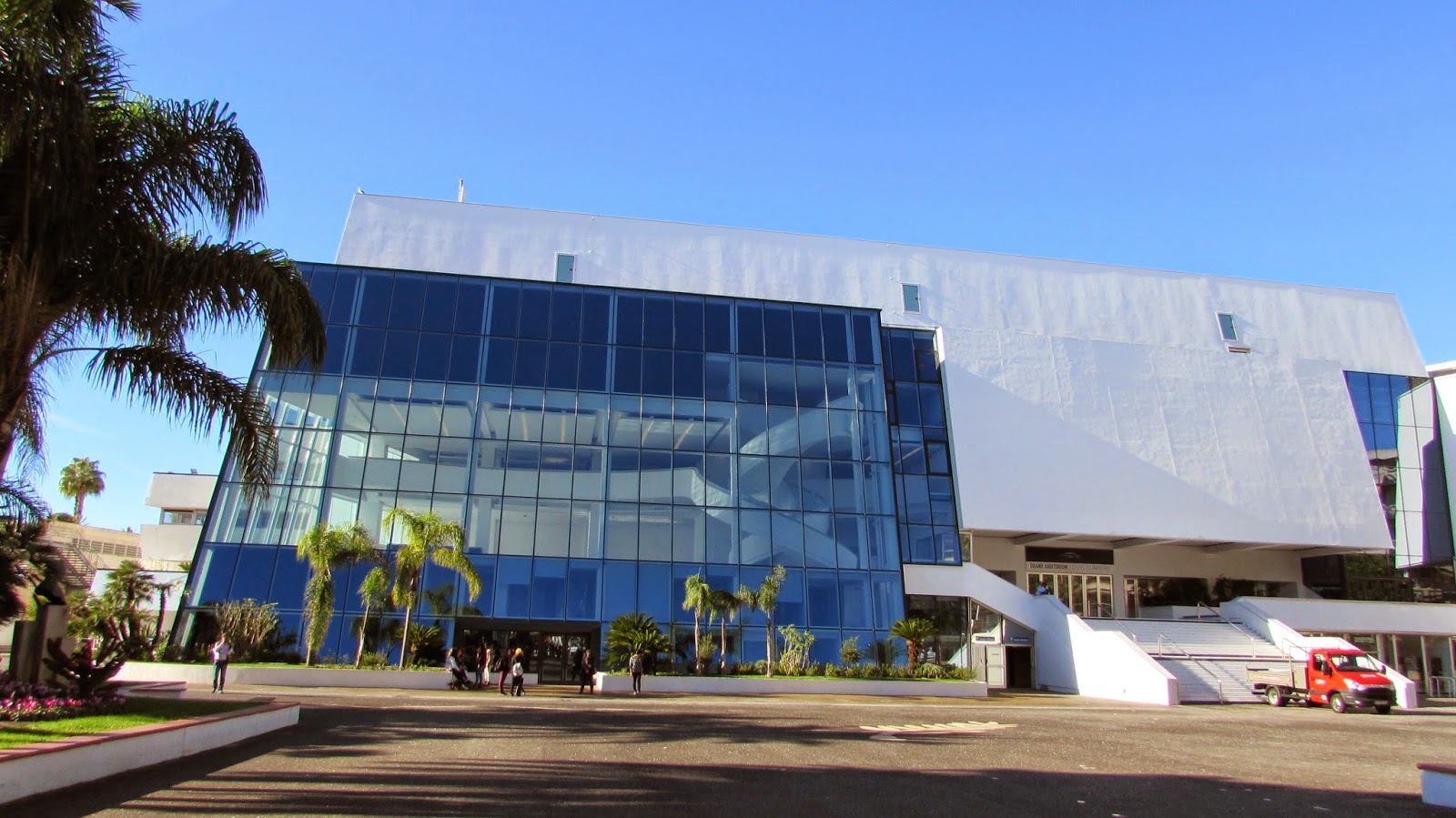 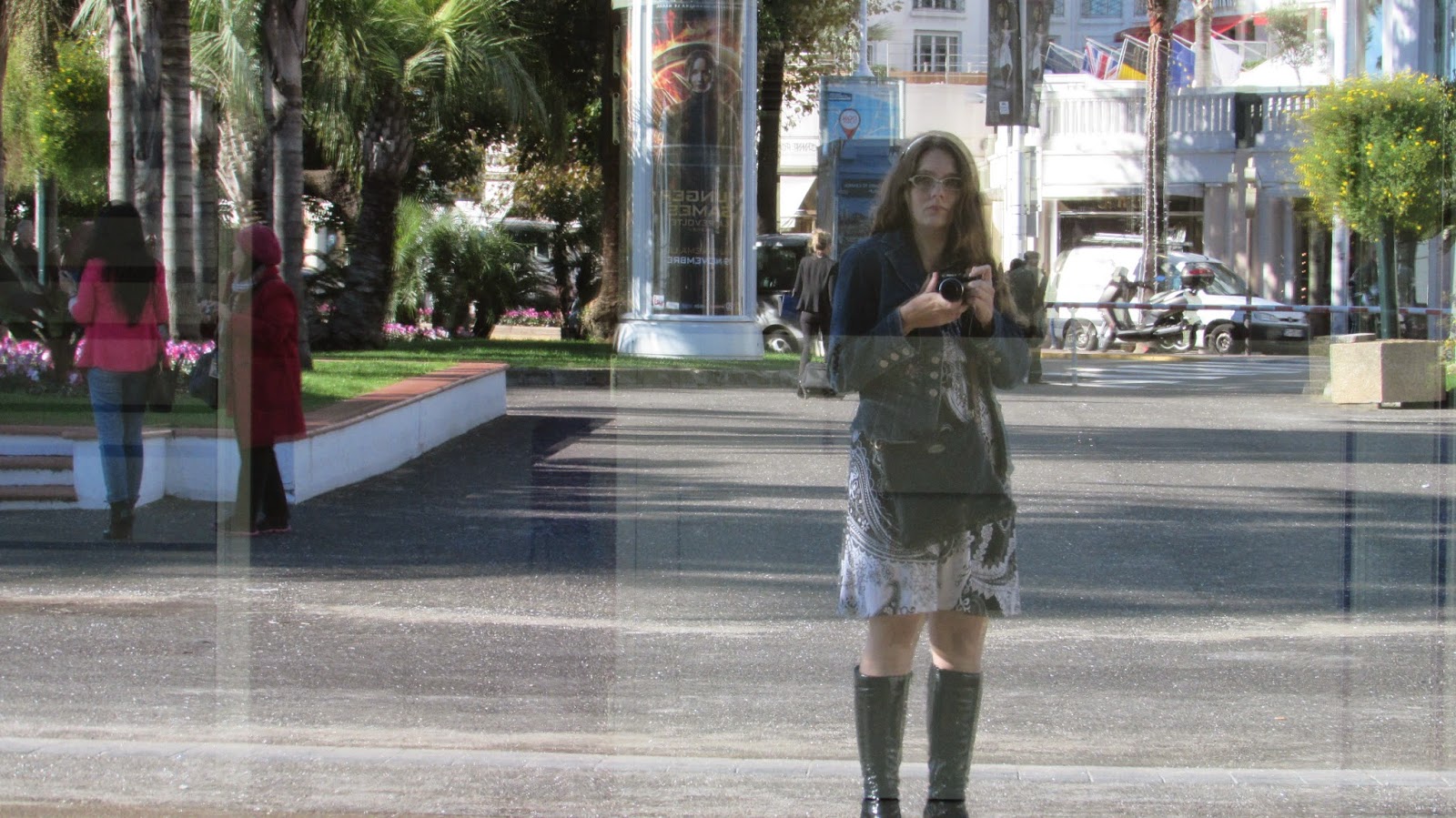 I went down to the beach, which was sandy, and sank down into the fluffy sand. 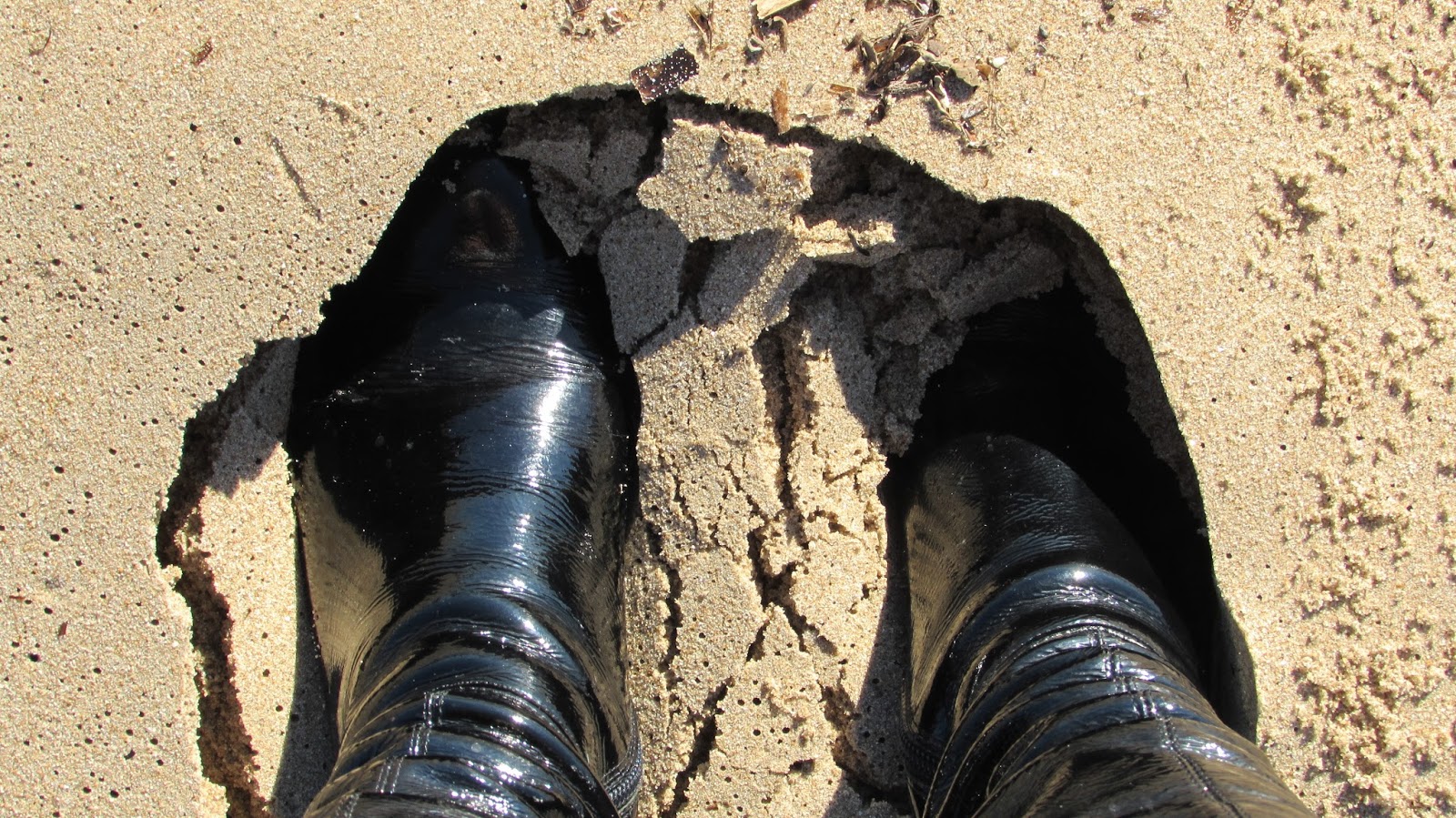 There were also weird little hairball things all over the beach there. 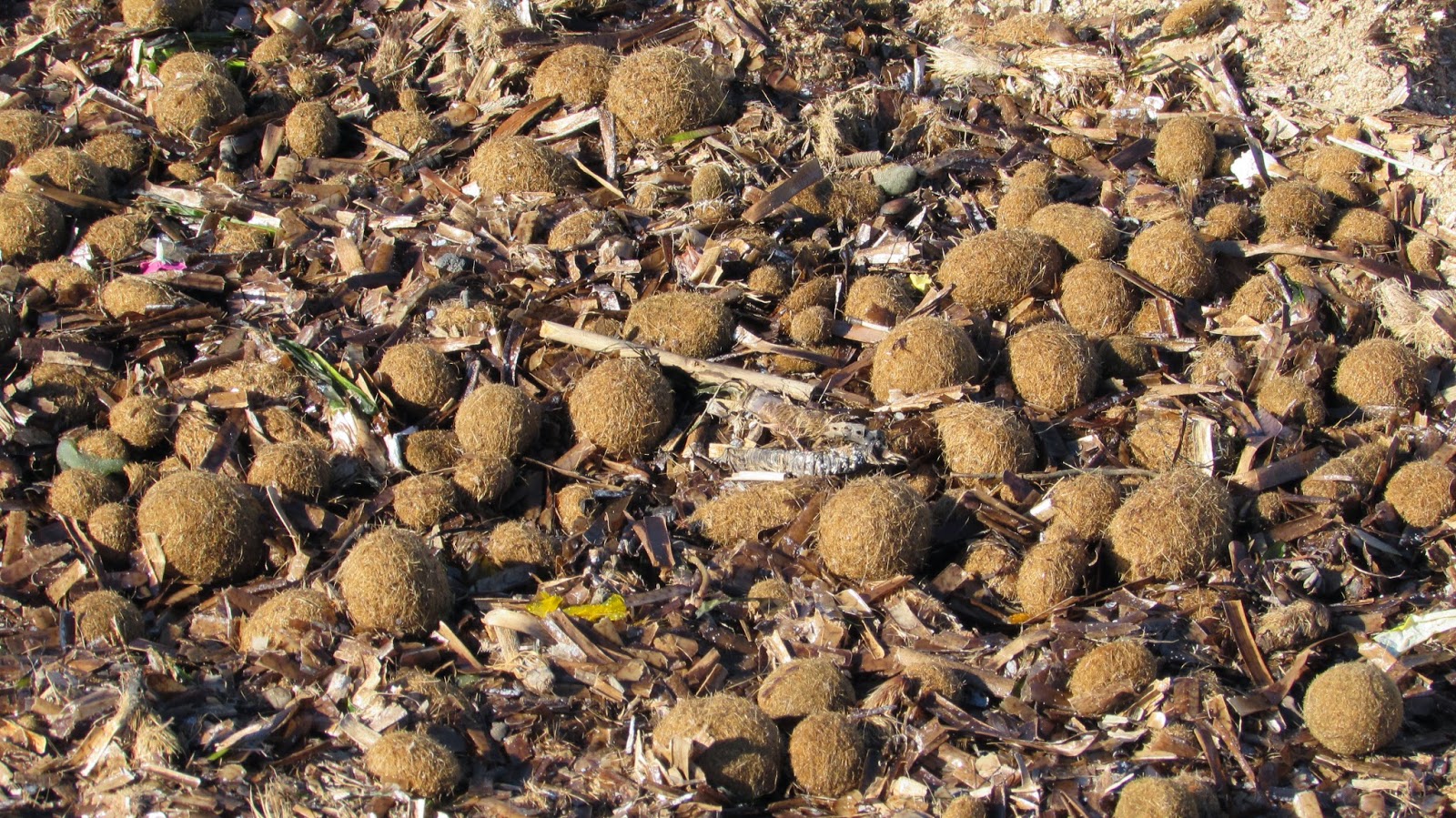 There wasn't a lot of other stuff to do there - a small coffee stand, toilets, tourism office. Back in the bus!

We headed up the mountain to the village of Grasse, where we toured the Fragonard perfume factory. It was interesting and I bought a bunch of Christmas presents there. 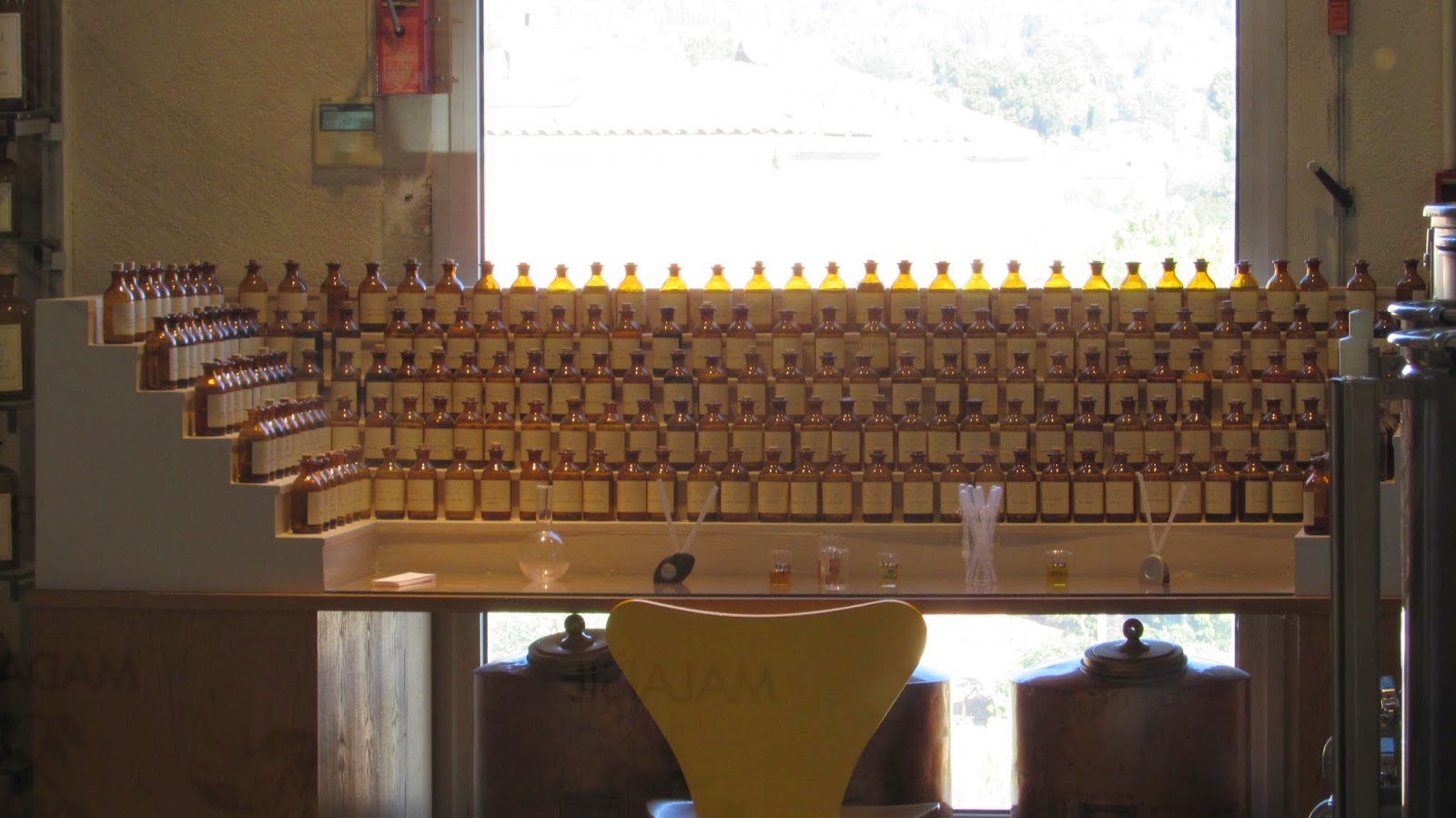 The table where the Nez works.

Then we went past Tourettes, stopping for photos only, and then up to the village of Gourdon. 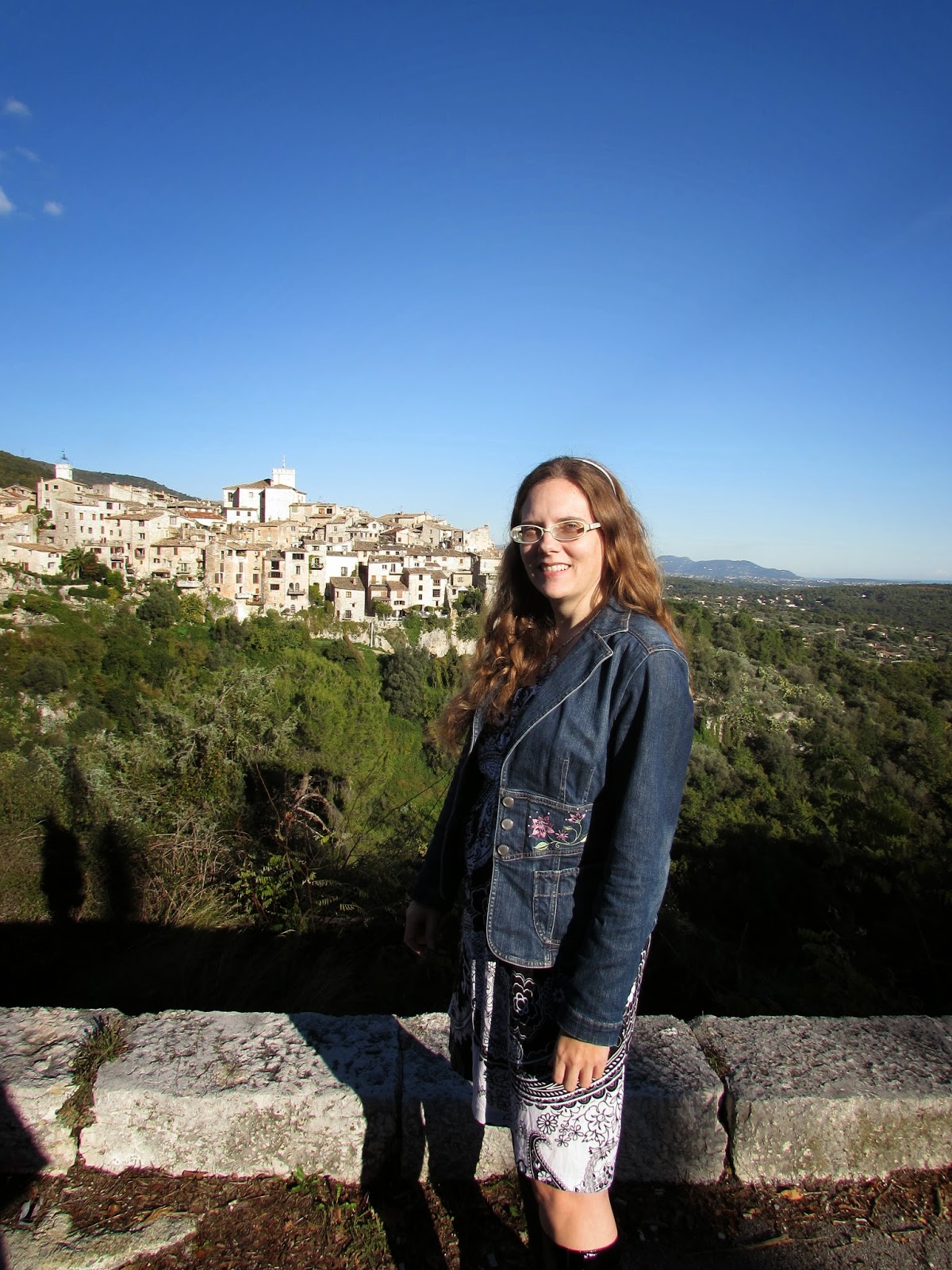 I don't remember if that is Tourettes in the background or Saint Paul de Vance.

Lunch in Gourdon was disgusting. There was a lot of pressure from Sharif to eat at a particular restaurant - I think it was called the Three Brothers. Sharif must have a deal with them to get a kickback from taking his tours there. I sat with the Indonesian family to eat. Despite telling the waiter I didn't eat meat, which included fish, my salad came with fish in it. I only ate the hard-boiled egg from the top of it and picked out some tomatoes. In my opinion, I should not have been charged for the salad, but I was. It was the most expensive egg I've ever eaten, coming in at 13€. The Indonesian family weren't happy with their meal either, wanting mussels but having to settle for the only fish available at this place - aside from being all over the salad. They had soup that they hated, bad fish, a similar salad to my own -without fish, because they like fish, so naturally they don't get any - and, I think in desperation, french fries. Sharif's answer was just "It is hard to be a vegetarian in France." I hate him a little bit. 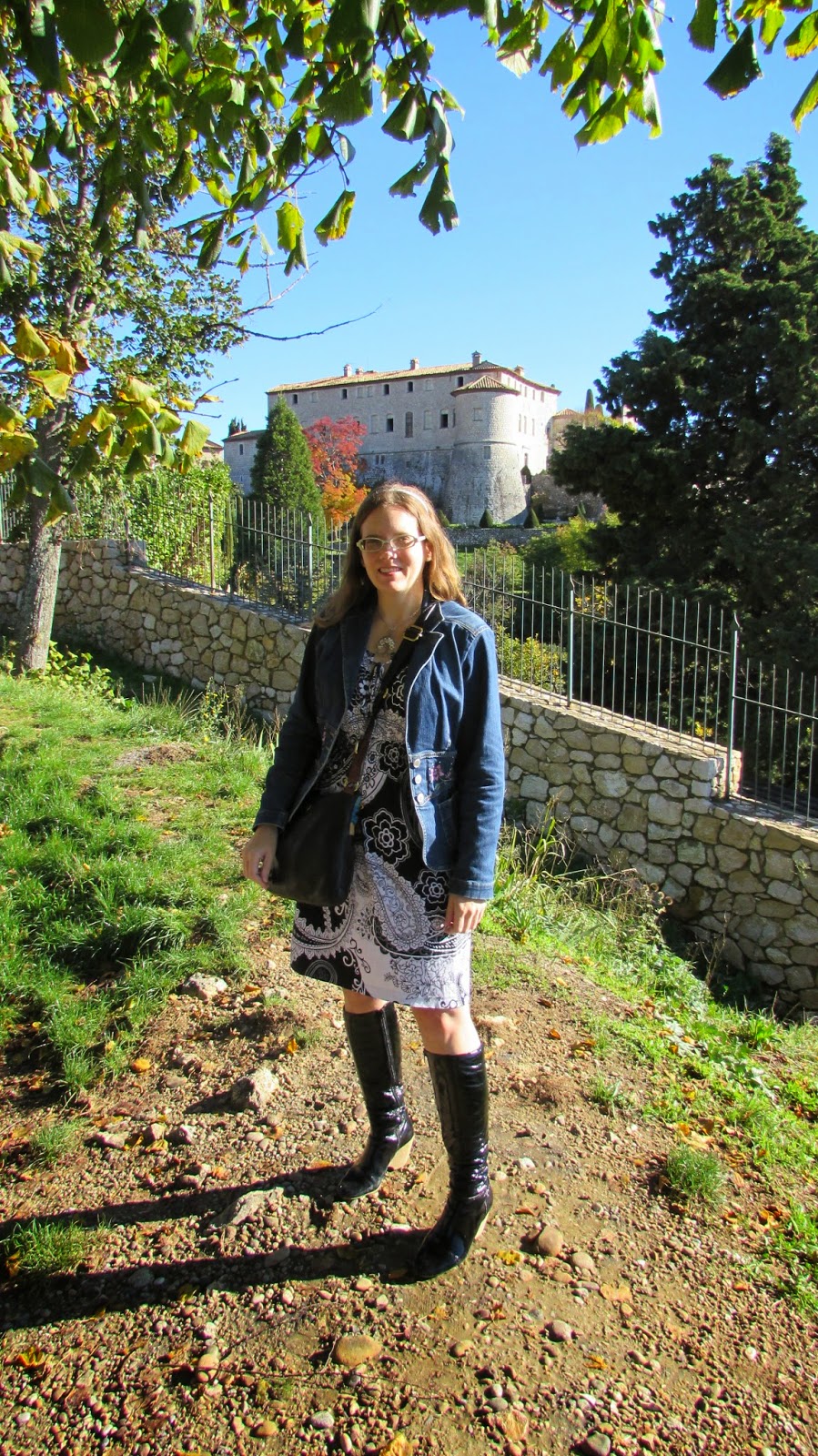 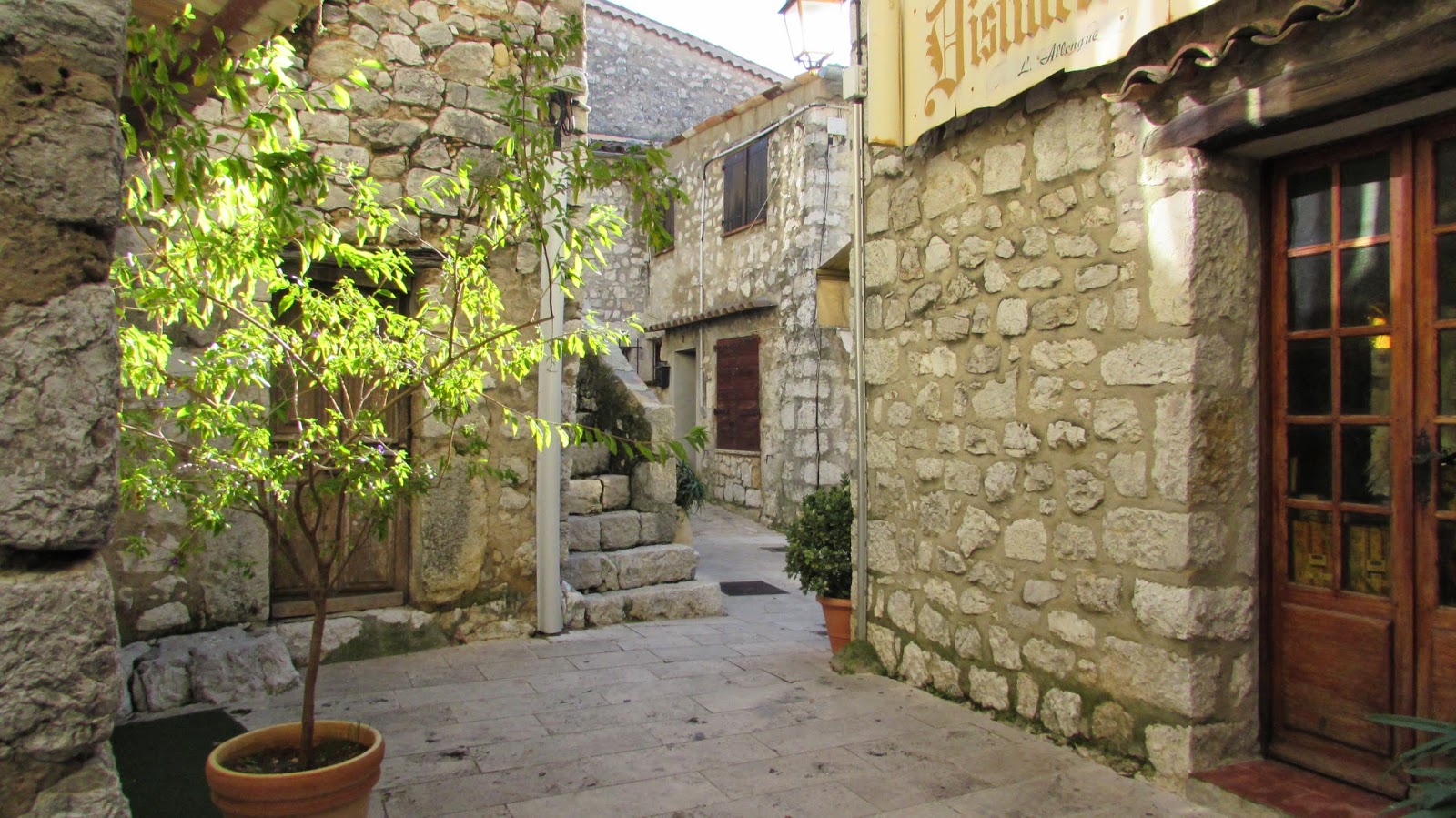 After a small walk in the city and some souvenir shopping, it was back on the bus. The drive back down from the mountain was very nice. It had rained the day before, so there were several waterfalls. Sharif took us to a lookout for waterfalls called Cascades du Saut de Loup, which he claims was not part of the tour, but his gift to us. It was one of the best stops. 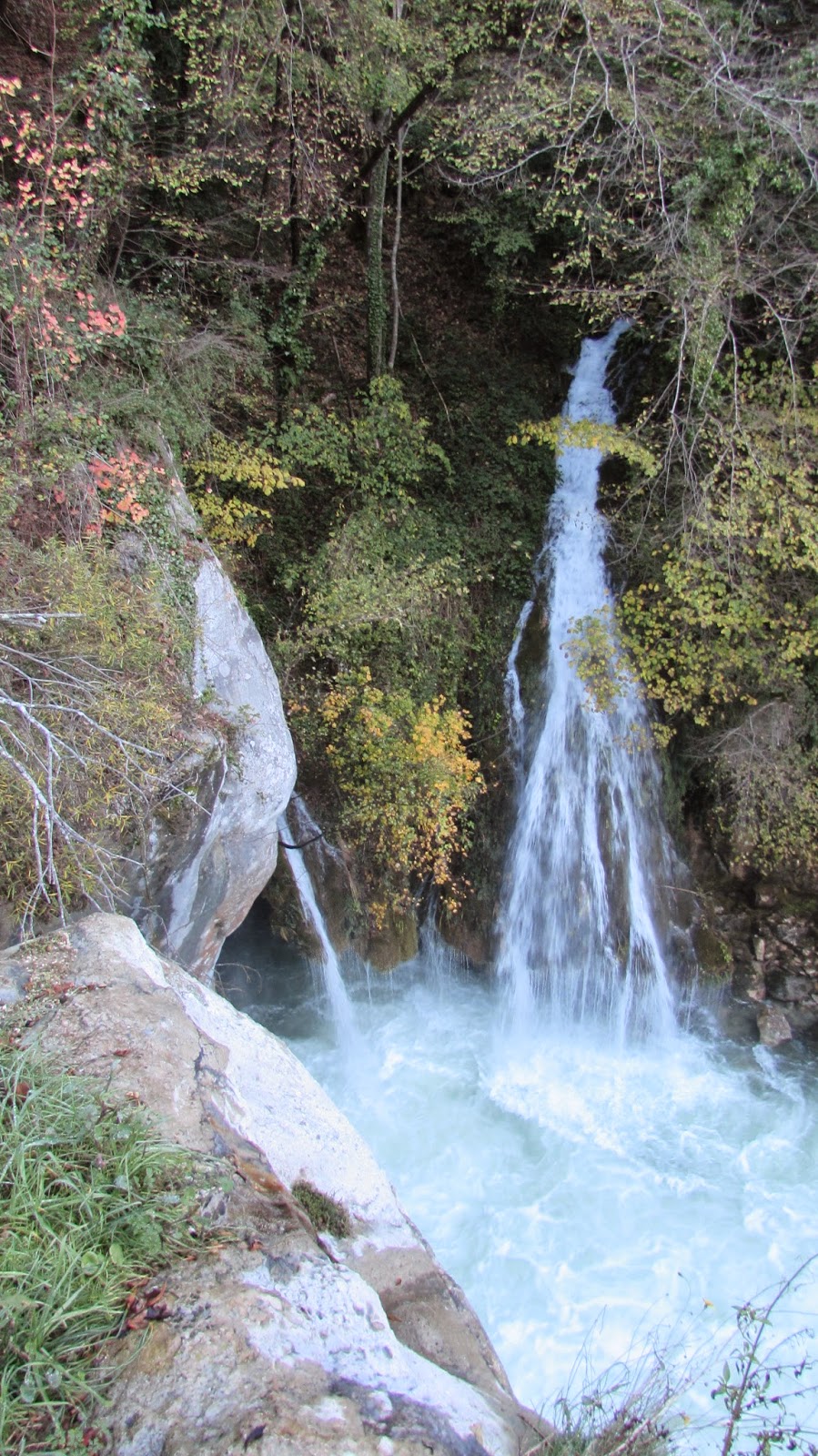 The last stop on the tour was at Saint Paul de Vance, which was a pretty interesting place. I saw the grave of Marc Chagall and had an ice cream. There was a lot of walking around, but it was worth it. I think because we're in the off season, maybe as many as half of the little shops were closed, though. We spent a little over an hour here, which was enough. 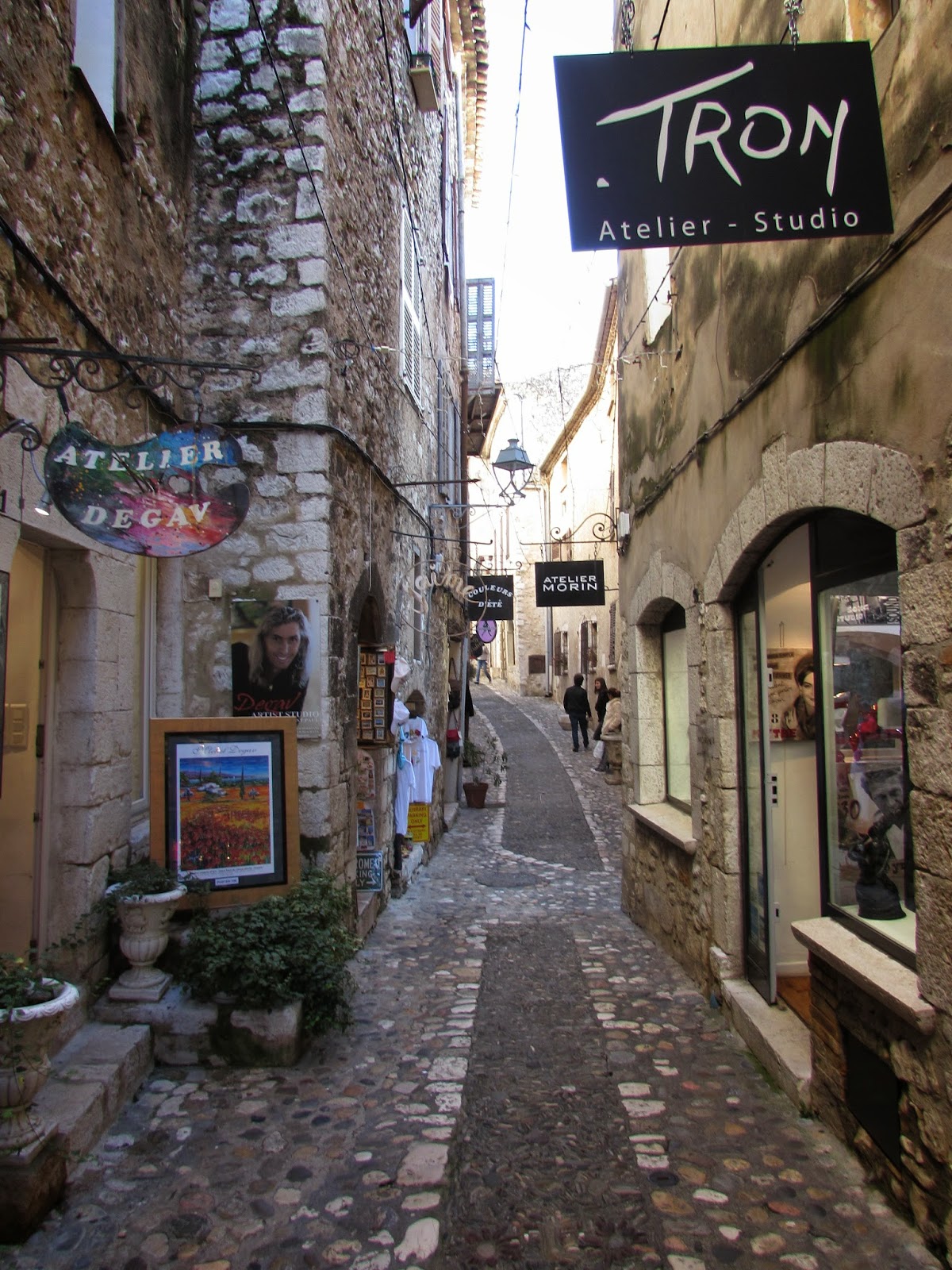 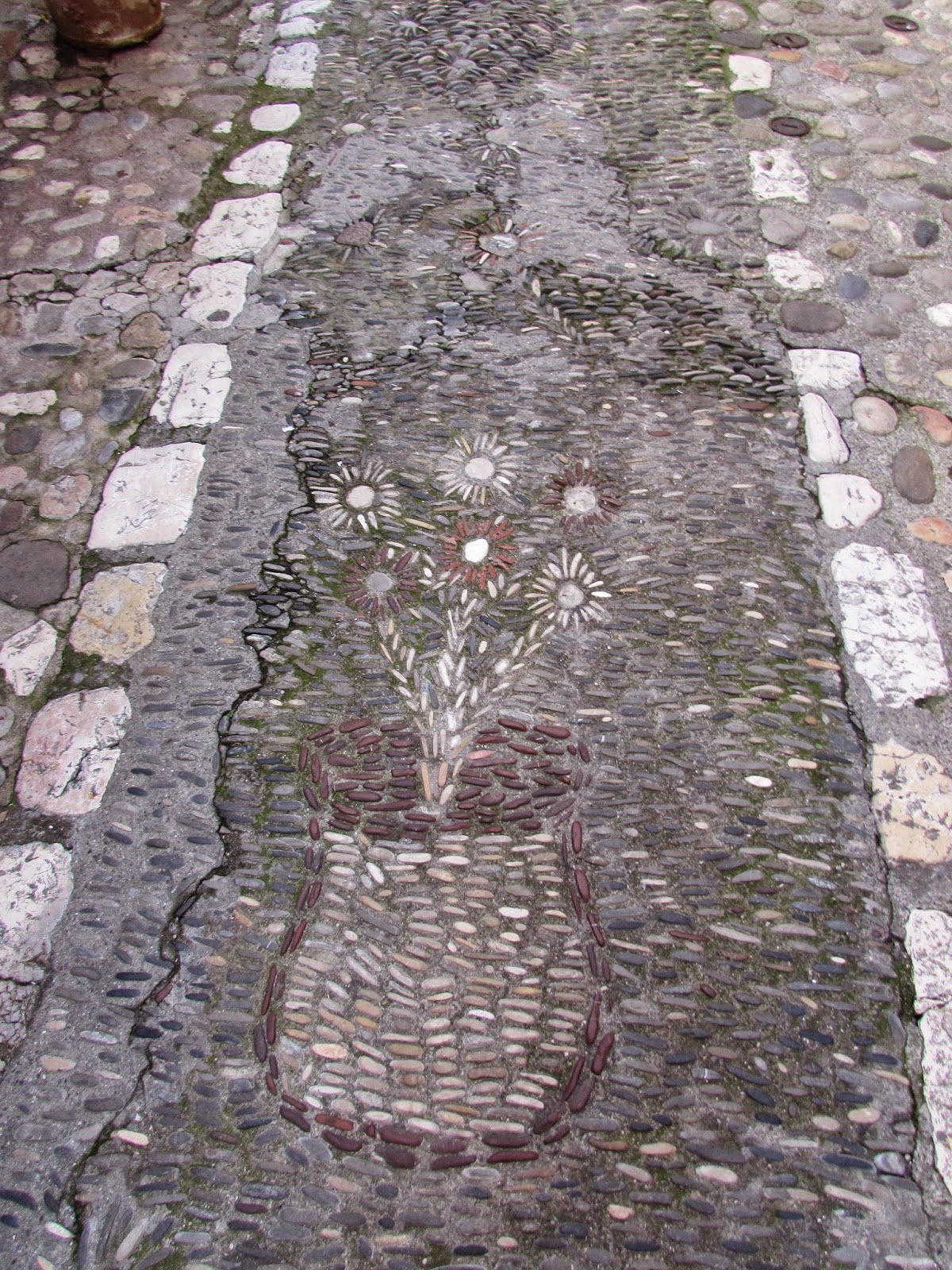 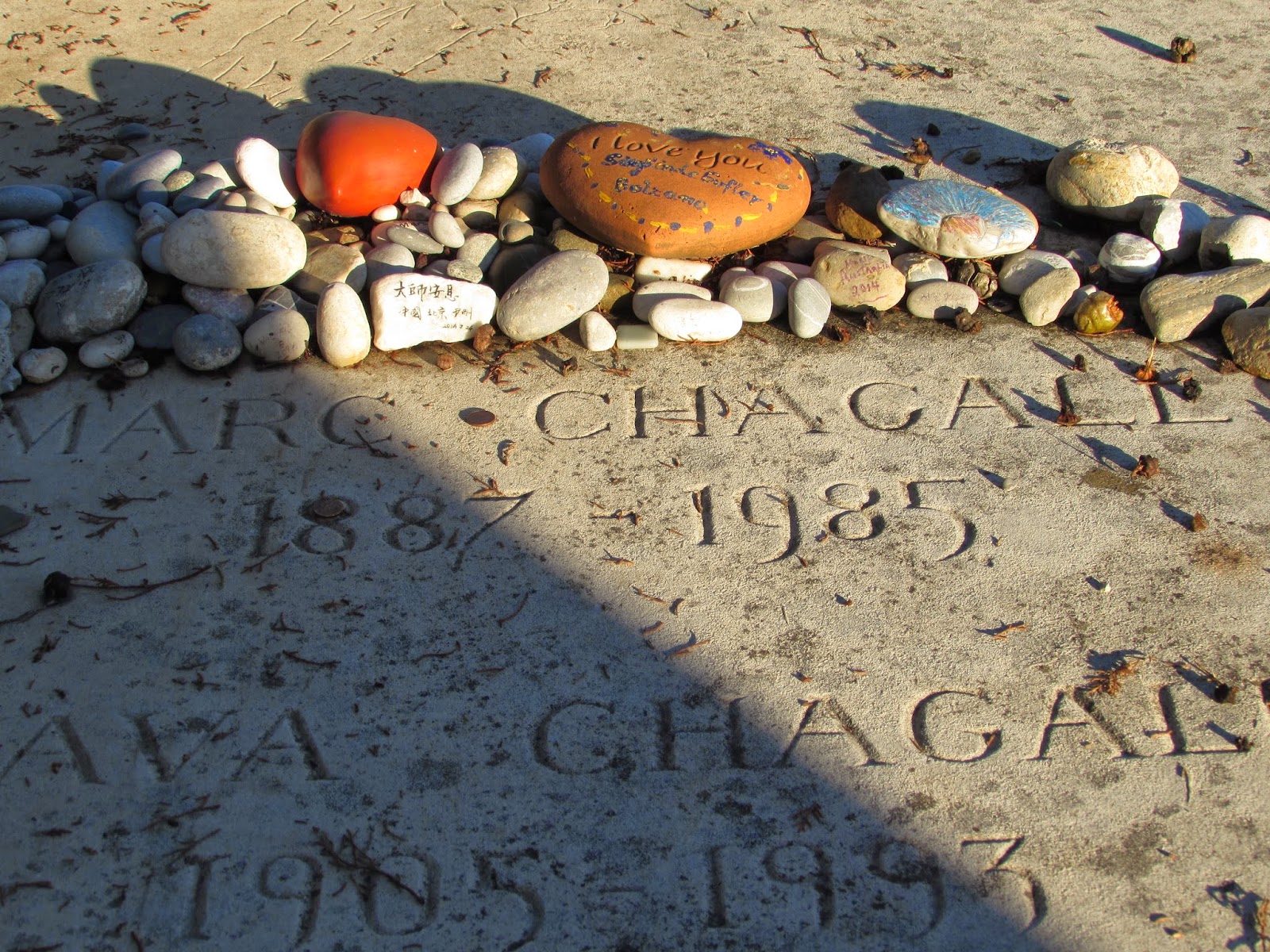 Back on the bus we got to experience the scenic wonders of a gas station. The gas prices in California are high, but not as bad as in France! The ride back to the hotel was all on highways, since the tour was over and we no longer deserved pretty scenic roads. 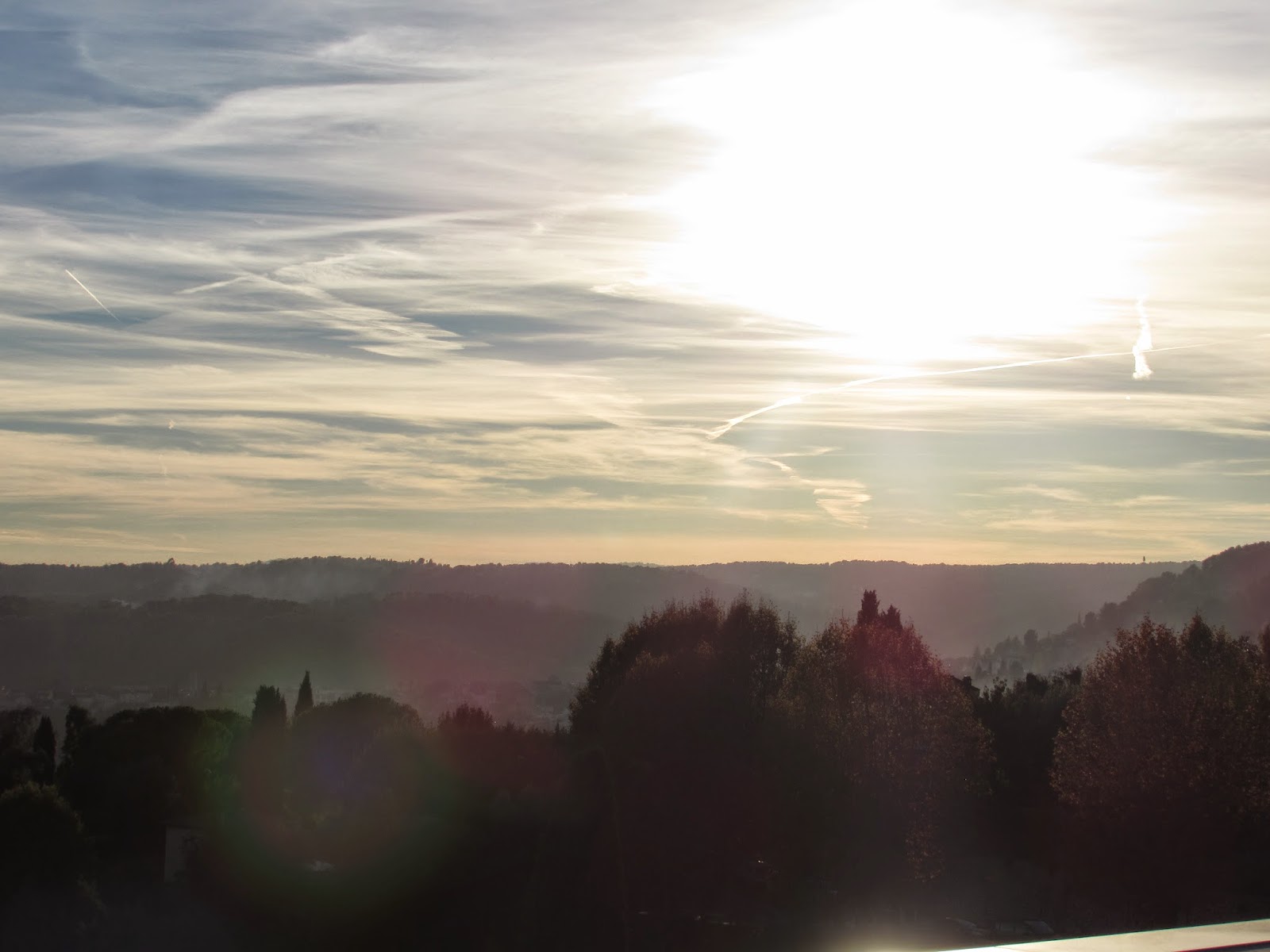 I went back to my room briefly, then set out for dinner. Vanya, the extremely helpful front desk woman at my hotel, recommended a couple restaurants, but they both were closed when I got there. I was dining early for France at 6 PM. I found a place called La Pizza and had a huge, but only okay pizza. On my walk back, I missed my turn and lo and behold, picked up Mario again on the street. I realized I had gone too far, after having Mario walk with me a couple of blocks, and turned back on my own. I walked a little faster, just to make sure I lost Mario if he had decided to try and follow me to my hotel.

Back in the room, a little early, I spent the evening watching the horrible TV choices.
Posted by Camille Sharon at 5:10 PM