Am I a Picky Eater?

If you know me, then you probably think I’m a picky eater. The biggest thing you have to overcome is that I don’t eat meat. I haven’t eaten meat in over 20 years. I can’t give you an exact date or time when I decided to stop eating meat. It was a natural progression.

Growing up, Saturday night in my family was steak night. My dad would usually cook the steaks outside on the barbeque grill. It was Texas, so unless it was raining there were only a few weekends in the year when the weather was too cold for grilling outside. I don’t remember ever having a steak. I just remember hating steak.

Since it was steak night and the meat was being barbequed, it didn’t take long for my parents to stop buying steaks for me and instead buying chicken breast. Slathered in enough barbeque sauce and cooked to being charred, I could usually force down a small chicken breast, although sometimes it became an episode of Let’s Make a Deal with me convincing my parents I had actually eaten enough of the meat to not drop dead from a protein deficiency.

I remember eating hot dogs and bologna when we lived at our first house, so before I was 12 or so, but at some point I jettisoned those items from my diet. I was sent to elementary school with a bologna sandwich in my lunchbox and would convert it into either a mayonnaise sandwich or a potato chip sandwich once I was at school and it was time to eat. I pulled a lot of slices of bologna out of sandwiches in my youth, throwing them in the trash at school. If you gave me a hamburger from a fast-food place, I usually pulled the patty out after a little over half-way and refused to eat another bite of it.

When I finally moved into my own apartment, in my early 20s, meat was not allowed in the house. If my mom came to visit, she could buy meat for herself but it had to all be gone by the time she left, or I was throwing it away. I think for a few visits she thought just by leaving a bunch of meat in my refrigerator I’d feel guilty and eat it after she left. Well, she gave up on that fantasy pretty quickly.

I don’t understand the vegetarian who adds meatless meaty things in their diet. I don’t like meat. I don’t understand meat. (I think the world of animals and have trouble convincing myself that any animal would taste good enough to justify killing it.) I don’t eat meat. I’d rather have a hamburger bun, tomato, lettuce, onion, ketchup and cheese without a Beyond Burger than with one. I will order a hamburger without the meat at fast-food restaurants and sit-down restaurants alike. If I’m eating a veggie burger, I want the patty to be made of recognizable vegetable parts with the consistency of vegetables.

Other than meat, I can’t stand peppers. This goes for anything called a “pepper” ranging from a bell pepper to a jalapeño to a peppadew to the black pepper you might crack over a salad from a comically large grinder. Again, this was hard for my mom to understand. She’d buy pepper when she would come to visit and if she was cooking, I had to remind her not to put any pepper in the food until it was on her plate. If there is black pepper in my food and I bite into a piece of it my meal is pretty much over. My mouth is on fire and I can’t taste anything else.

I am one of those cilantro people. If I order something in a restaurant and don’t realize it has cilantro in it, I’ll spend the meal wondering why the kitchen doesn’t rinse their plates and utensils better to clean off the soap residue. Disgusting! I’ve never been eating something and thought to myself, “This would be improved by a little drop of dish-washing liquid.”

I don’t know what got me to researching the topic, but somehow I found myself looking at some articles about “super-tasters” and reading comments from these super-tasters. Aside from super-tasters supposedly not liking sweet foods, like cake and cookies, I fall into the category. I’ve never been tested, but it would explain a lot. 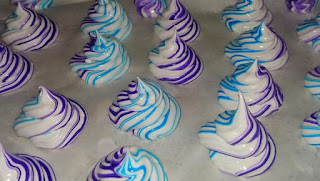 As the articles all go on to explain, super-tasters don’t have an edge over normal-tasters or non-tasters. It has nothing to do with having a good palate. They/We are tortured by food to some extent. Things taste supercharged. So yes, beets taste like dirt. Cilantro tastes like soap. Coffee, although it smells good, tastes terrible and I’m not going to try to get past that.

We like our meals to be “bland.” We avoid hot sauce and spicy foods. A trip I took to an Indian restaurant with friends a few years ago turned out to be a terrible decision on my part. There was nothing there that tasted even remotely edible. I felt terrible for making my friends feel terrible that there was nothing but rice for me to eat. And at a Japanese restaurant, I’ll probably eat rice. At any restaurant known for their flavorful, exotic cuisine, I’ll probably just eat rice. (I love rice.)

Bland food isn’t bland to us. It has a lot of flavor. I like acidic foods and sweet foods. I love balsamic vinegar. A caprese salad is one of my favorite things to eat. I go through lemons like they are going out of style. I’ve developed a taste for kalamata olives, but don’t try to feed me a green olive. I can taste the differences in bottled water and, by the way, Dasani water should be illegal to sell it tastes so bad. 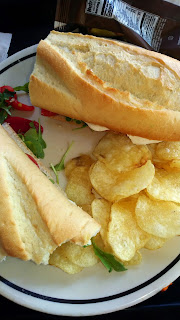 I’ve recently been trying to incorporate “an apple a day” into my life, to, as the saying goes, keep the doctor away. As part of this, I’ve tried changing up the apple types I buy. Some of them, even when they are advertised as sweet, are so bitter to me that I can only manage a few bites before the apple goes in the trash.

If you love hot sauce on your foods, you probably are a non-taster or on that end of the spectrum of taste. It doesn’t mean you don’t taste anything, it just means you need a lot of help with your food. You need hot sauce. You need spices. You need pepper. I don’t.

I’m not a picky eater, food just tastes different to me than it does to you. 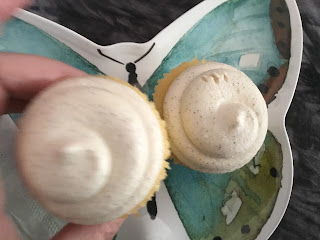