The Magical Land of Andorra

The same company I booked to take me to my hotel from the airport, I also booked to take me back to the airport. They got me from my hotel at 8 AM and dropped me at the airport. I wasn't there for a flight, though, I was there to catch a bus. The information desk was able to point me to the platform. I still had at least an hour, so I went to a cafe and had a doughnut and...iced tea (a bottle of Lipton with sugar and lemon). Then downstairs to the bus stop.

I was on my way to Andorra - not for any really good reason, but because if I was coming to Europe, why not squeeze in another country? 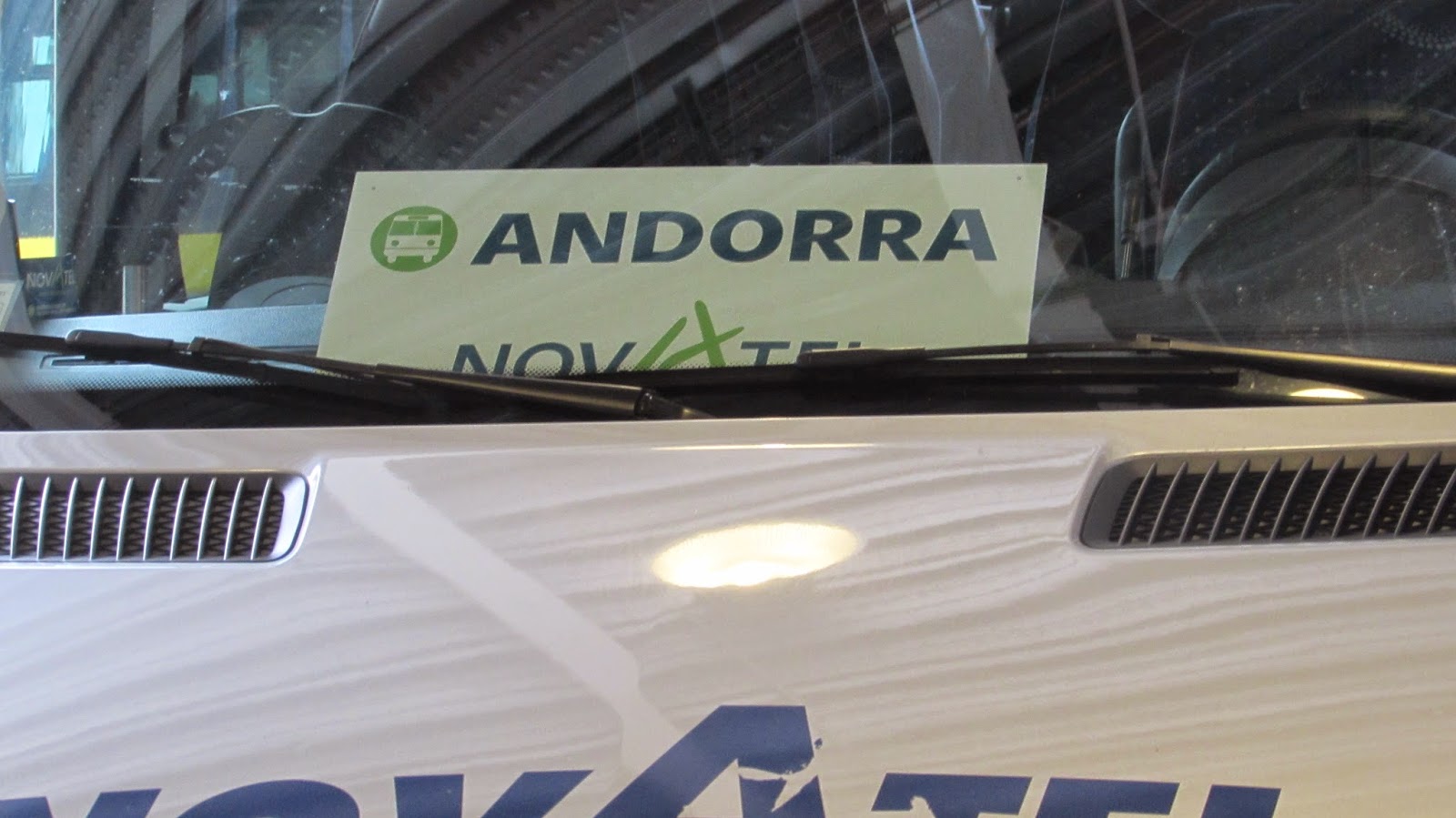 For most of the bus ride I tried to either look at the scenery or sleep. We stopped in a town outside of Andorra Del Villa, which the bus driver didn't make clear, so I started to get off the bus along with a Frenchman who also didn't understand Spanish. The driver told us to get back on the bus, so we did. I spent a little bit of time talking with the Frenchman, Sam. He knew some English, I knew some French, so we each did our best to speak in the other's language, which seemed like a pretty good system. He was in Andorra for a job interview. 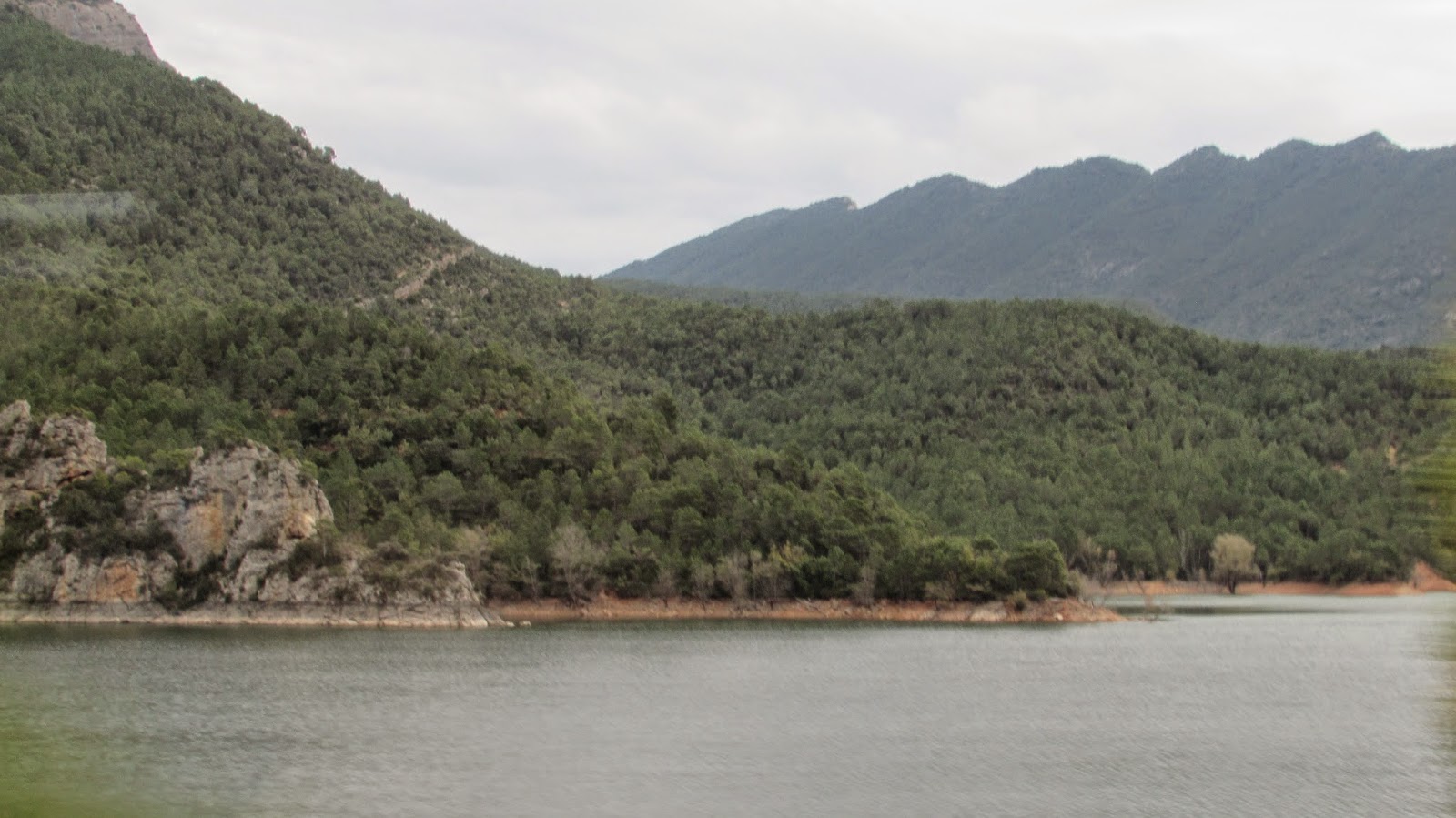 Typical view from the bus to Andorra.

My wonderful Spanish cell phone stopped working as soon as we hit Andorra. It kept sending me texts, though, to tell me I'm roaming and to ask if I want to send it more money somehow to cover the roaming. Too bad I understand none of the Spanish, or maybe I would have a working phone.

We got to Andorra in the early afternoon and I walked to my hotel. I once again got bad directions, but found a police officer as soon as I suspected things weren't right and he pointed me the right way. I have noticed that "left" and "right" are mistranslated a lot when it comes to someone who doesn't speak English trying to tell you a direction in English. Always have them point.

Andorra is the only stop on my trip where I stayed in a big chain hotel. The Holiday Inn. The room was very nice. Bigger than the other rooms I was expecting. But the walls were so thin I could hear everyone in the hallway and could hear when the people in the adjoining rooms were in the bathroom. 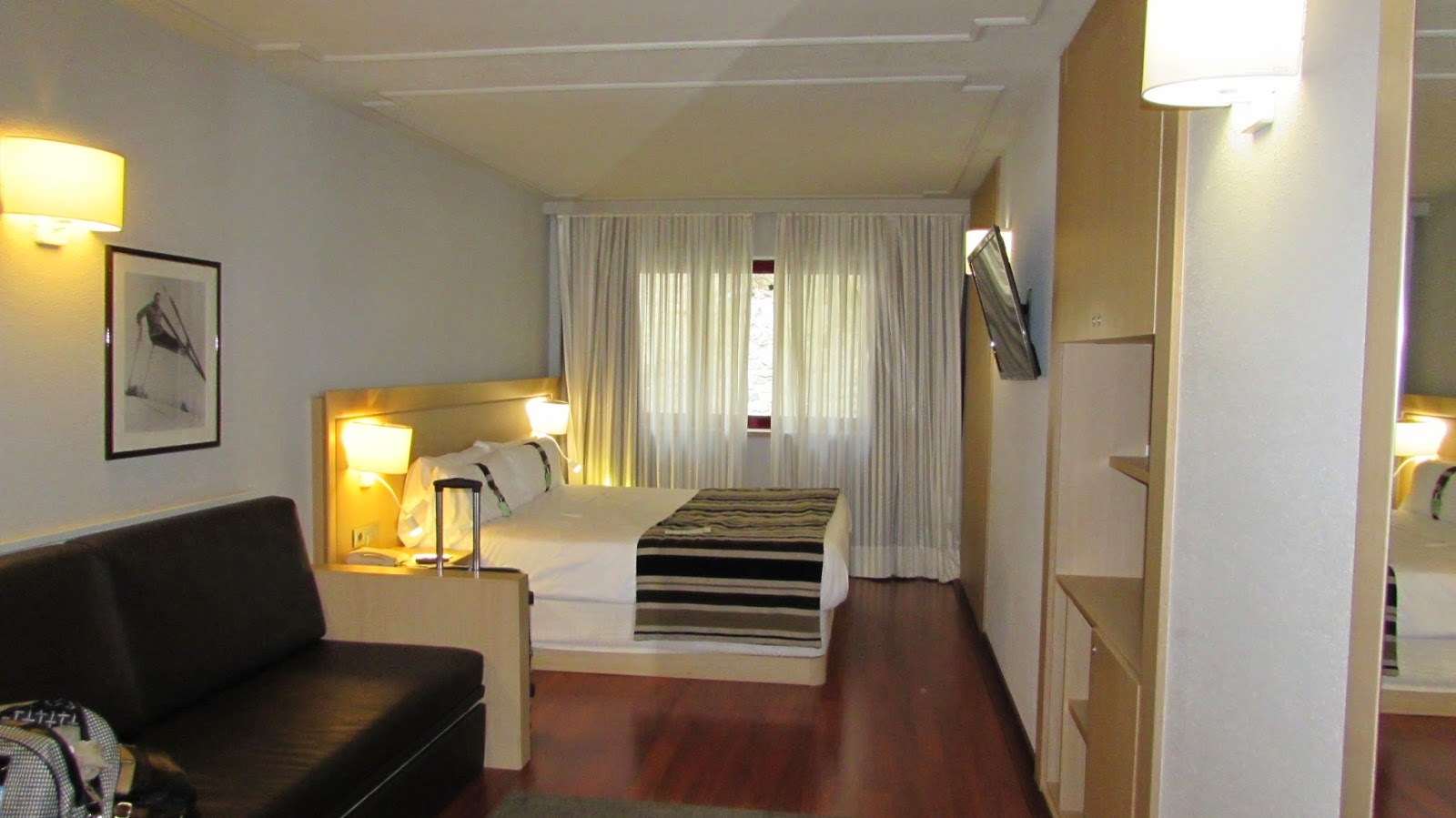 I set out immediately to find something to eat. Andorra is a mountain town, so I walked up a very steep hill to the main area of commerce. I walked around and around looking for a place to eat and finally went to Mama Maria's pizzeria. I even picked up a little old man straggler who tried to talk to me, but he only knew Spanish, so we were in trouble. Even so, he wouldn't leave me alone until I ducked behind a sign. I had a TERRIBLE pizza and fried potatoes with garlic mayonnaise. And a coke. 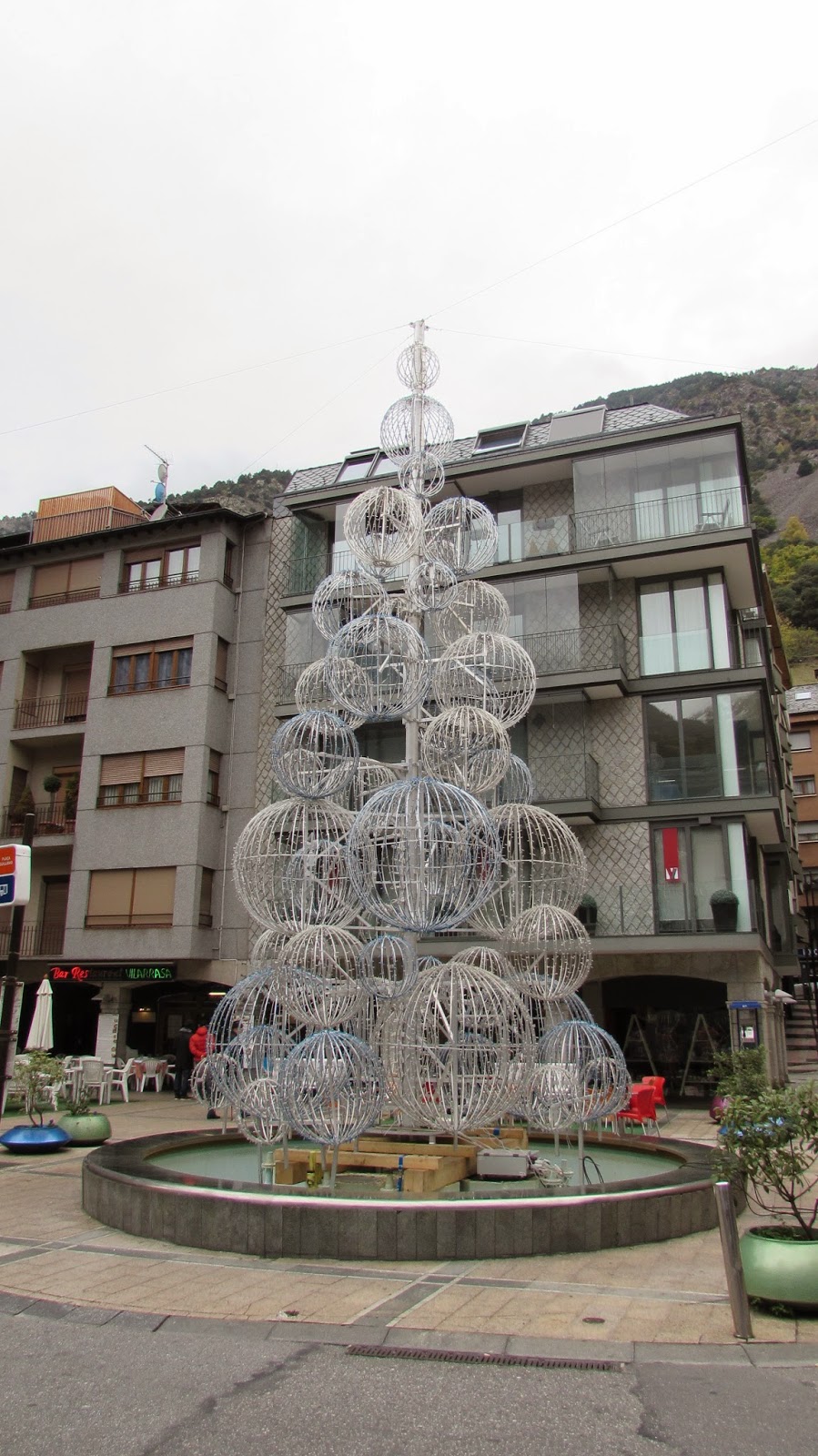 Downtown was decorated for Christmas.

Researching online, Andorra was the only place where you were cautioned against drinking the water, so I went to a store and bought some water. The store was like a department store, like Macys, on the first two floors. On the third floor was a grocery store and on the fourth floor was Christmas land. Everything for sale for Christmas. I bought two bottles of Evian. 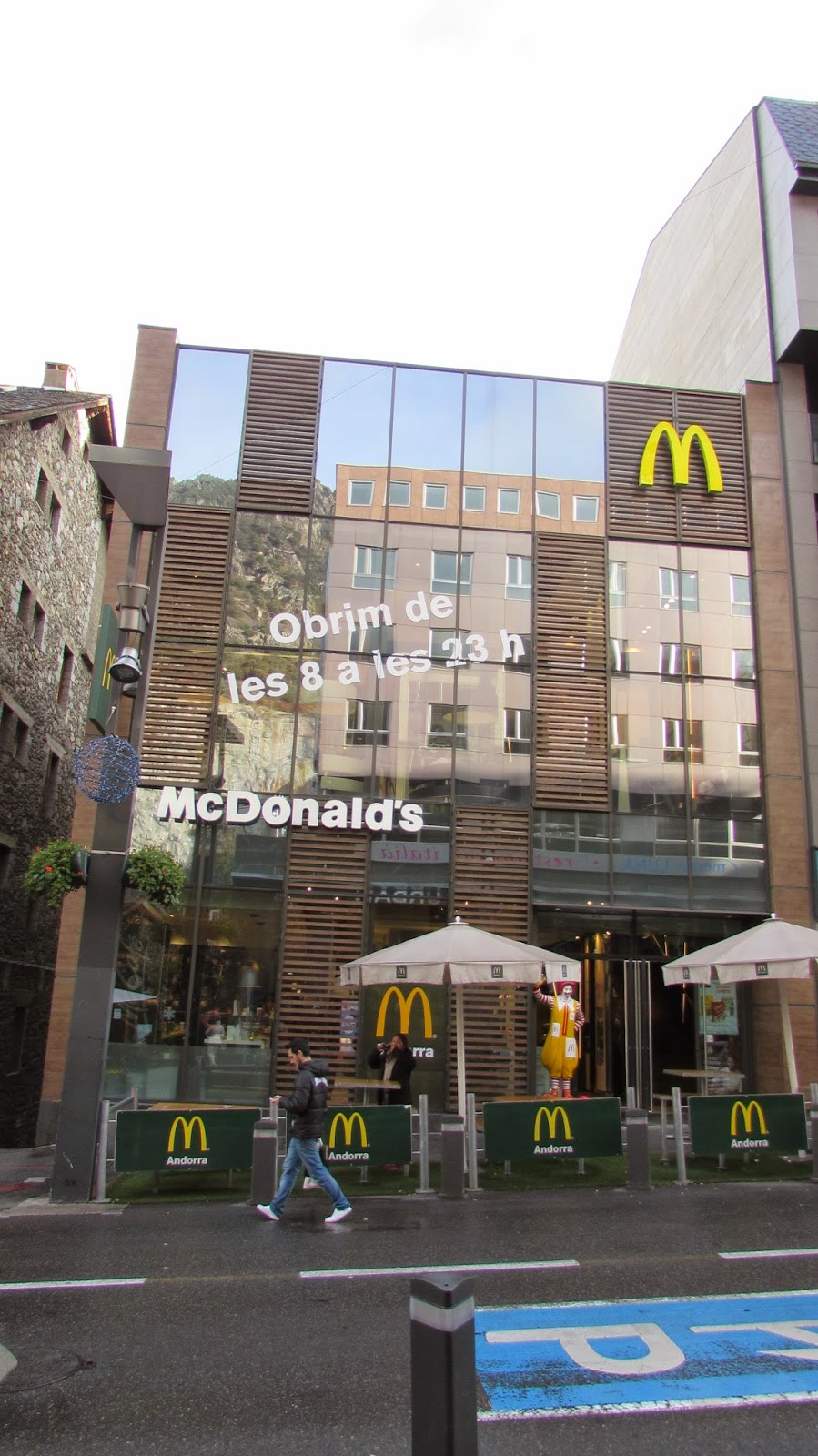 I saw, but did not eat at, the highest elevation McDonald's in Europe.

Then I headed back toward the hotel. Not a lot was open in the city and I was still pretty tired. When I got to the steep hill I saw there was an elevator for it. I took the elevator down and learned I was on floor 7, which in Europe means the 8th floor because the ground floor is 0. I had walked up that. The temperature was 9 Celsius, for whatever that was worth, considering I don't know Celsius conversions to Fahrenheit. I was glad my suitcase, with my coat in it, had arrived though. 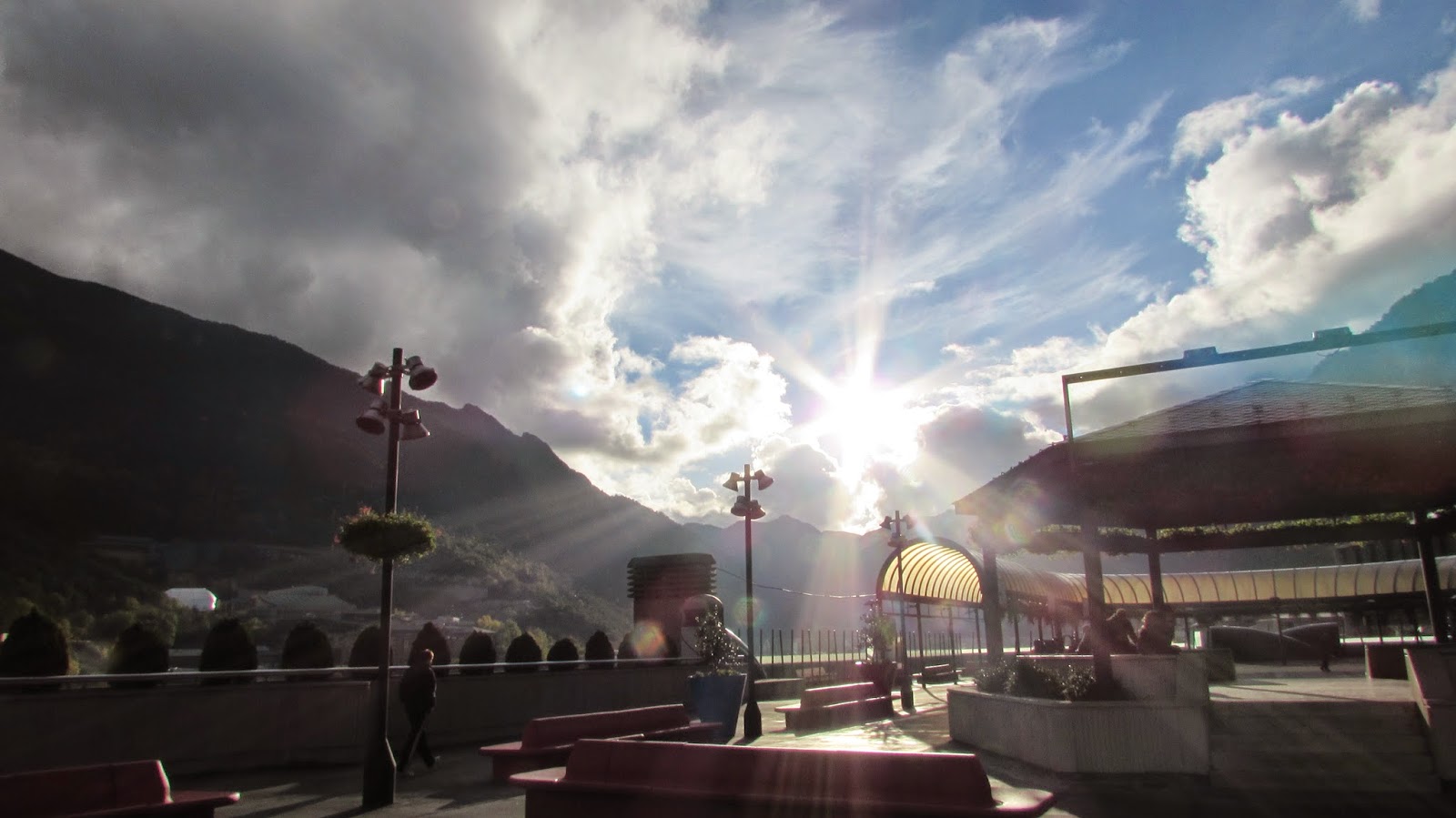 The view from on top of the hill, near the elevator.

Back at the hotel I took a bath and couldn't get the stopper out of the tub. I had to use the comb they provided to pry up the stopper to let the water out of the tub. They had a 6€ charge for room service, so I went down to the bar and got some food to bring back to my room. A toasted cheese sandwich, on par with what I can make at home in a toaster oven, and some chips. I also had a pot of chamomile tea, even though I wasn't sure about having water, heated or not.

The hotel had three English-language TV channels - CNN World News, BBC World News and cartoons. Both BBC and CNN were broadcasting the festivities from the Berlin Wall 25 anniversary, so I watched a little of that before going to bed.

I left my iPad plugged in to charge, but apparently when you turn off the light by the bed, all of the power in the room is cut to save on electricity. Yay! I had a terrible night sleep because it was so noisy, and had to be up at 4 AM to catch my bus to Toulouse.

Posted by Camille Sharon at 8:15 PM